Germinal has launched an organic based phased-release fertiliser which provides up to five months’ worth of nutrients and trace elements from a single application at a budget-friendly price point.

GSR Tri-Phase is an 18-3.5-8 NPK fertiliser which also supplies one unit of MgO plus trace elements including copper, zinc, boron, manganese and molybdenum. *

Recommended for use on all fine grass swards including golf greens, tees and fairways, sports pitches and all amenity areas, GSR Tri-Phase’s mini-granular (1-2mm) formulation delivers a cost-effective and consistent supply of nitrogen and potash over a period of 16-20 weeks.

Richard Brown, Germinal Amenity Sales Manager explains: “We recognise that, for many landscapers, local authorities and golf, rugby and football clubs, grass and groundcare budgets can be very tight.  We have therefore developed our own phased-release fertiliser which is as good as anything else on the market but at a more affordable price.  It can be used either as a base feed as part of a wider fertiliser programme, or, where budgets are severely restricted, as a standalone, single application product.”

GSR Tri-Phase contains three forms of nitrogen to provide three phases of nutrient release into the rootzone: an initial hit of quick release nitrogen gives way to methylene urea which is subsequently followed by a final release of organic based nitrogen.  In addition, potash is also released slowly throughout the growing season to regulate water uptake and to ensure nutrients and trace elements remain mobile and available for uptake.

“This not only reduces plant stress throughout the growing season, but also enhances the sward’s ability to withstand drought conditions,” Mr Brown adds.  “A single application of 25-35g/m2 in the spring – typically in late March or early April – will instigate good early season growth and recovery and provide the necessary nutrients required by high performance grass swards for the majority of the growing season and certainly through until August or September.  During this time GSR Tri-Phase will release a slow and steady supply of available nitrogen ensuring a consistent rate of grass growth with no intense bursts of activity.” 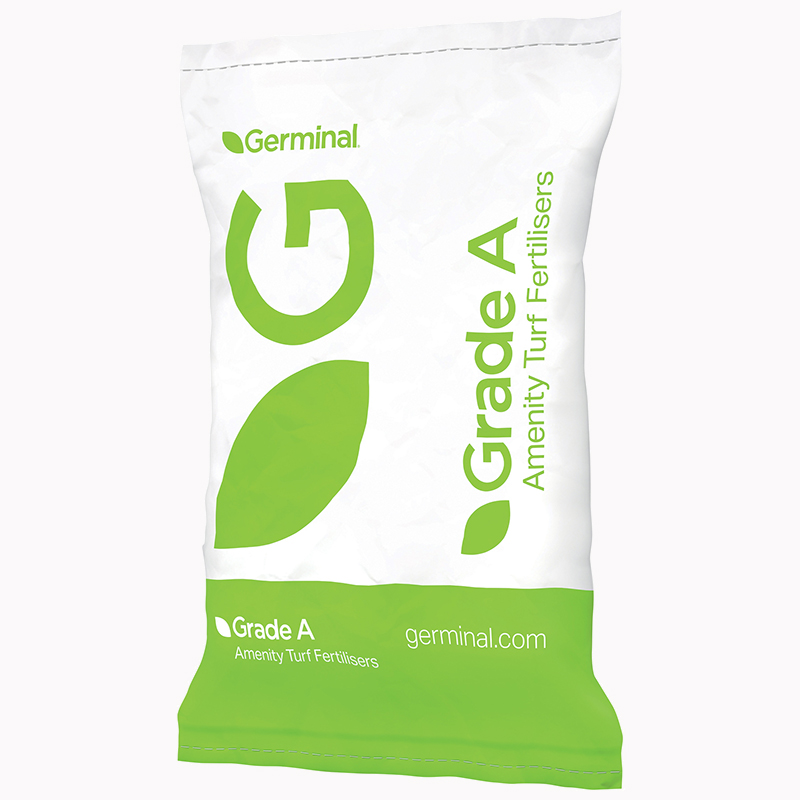