KUHN UK’s Will Waterer highlighted the versatility of the new Aurock seed drill during demonstrations at the Groundswell conservation agriculture event, pointing to the triple-disc concept and modular design as key differentiators for the machine.

At the first public working demonstration of the six-metre drill in the UK, he stressed that the Aurock was a machine designed to fit into whatever system farmers choose to adopt, rather than a machine around which systems should be designed.

“We believe that the majority of farmers moving towards a conservation agriculture approach will go through a transition and require a drill that offers the ability to perform in varying conditions, from more conventional minimum tillage through to zero tillage,” he said. “The Aurock has been designed to offer a range of configurations so it is easily adaptable for the broadest range of soil types, rotations and cropping systems.”

KUHN launched its first direct drill in 1975 and has been developing its technology ever since, with the Aurock now bringing over forty years of know-how to the market in a single machine.

There are single or dual metering unit options, and the potential to add a third seeding permutation with the addition of KUHN’s SH unit. The drill is ISOBUS-compatible, and available with CCI 1200 or CCI 50 control terminals, with easy adjustment of the modulate design machine made possible through six independent automated sections. The Aurock is also one of the first drills to be available with KUHN’s new Vistaflow universal tramlining valve, which monitors seed passage inside the seeding tubes to provide the ultimate in blockage detection and makes the drill easily adaptable to all tramline configurations. 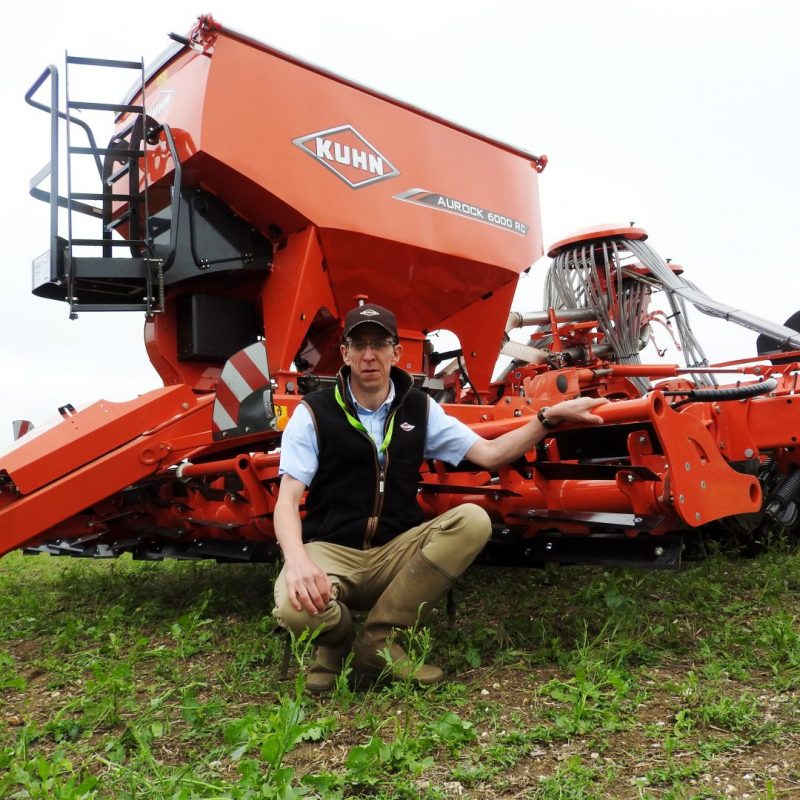 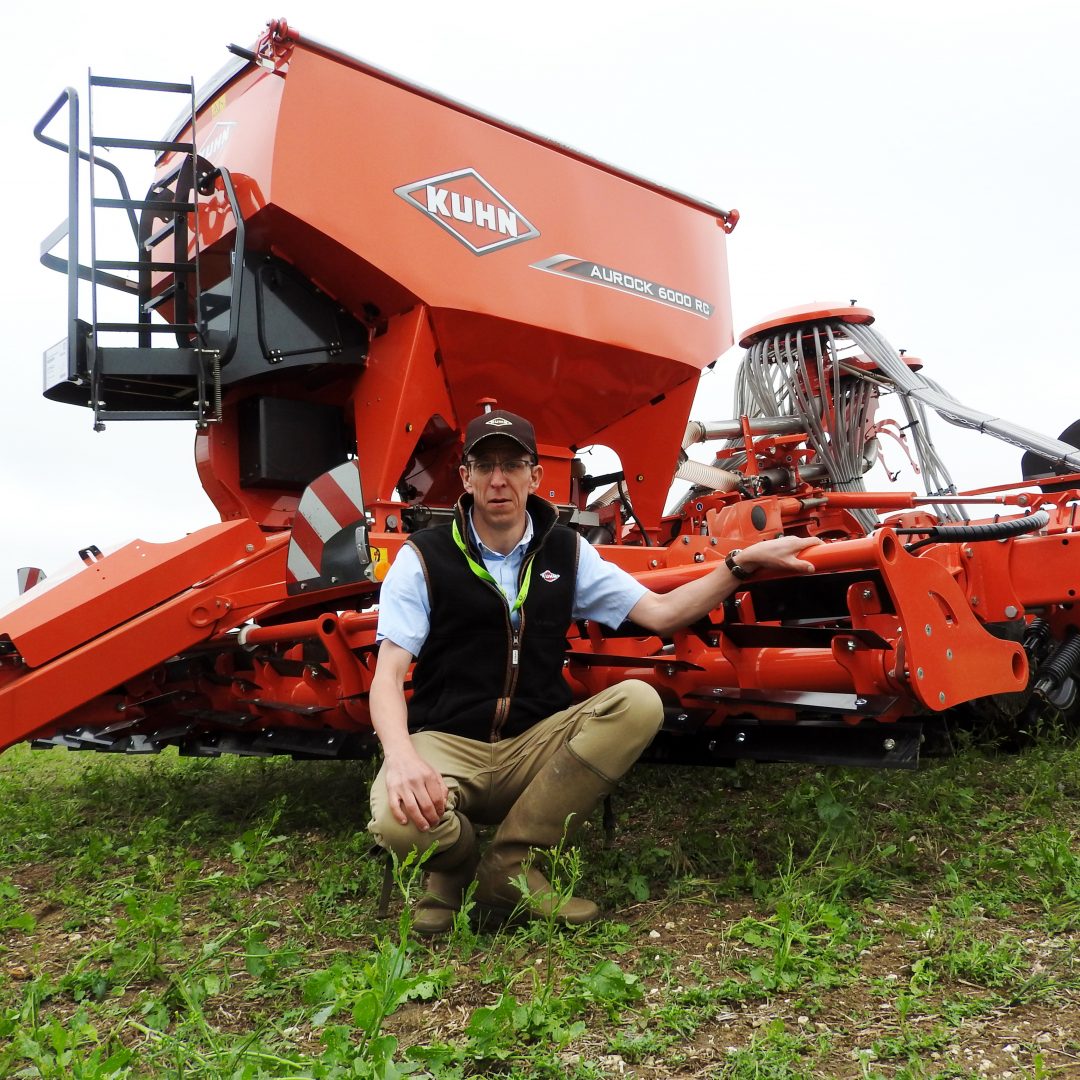 The new Aurock universal drill is designed to fit into whatever system best suits the farm, said Will Waterer at Groundswell. 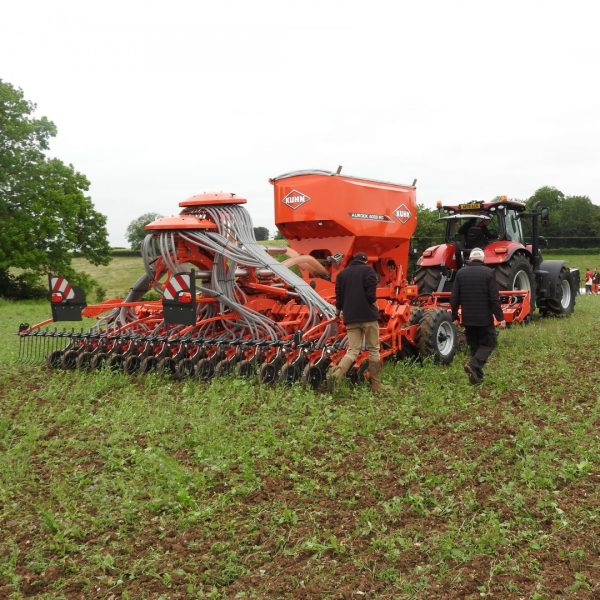 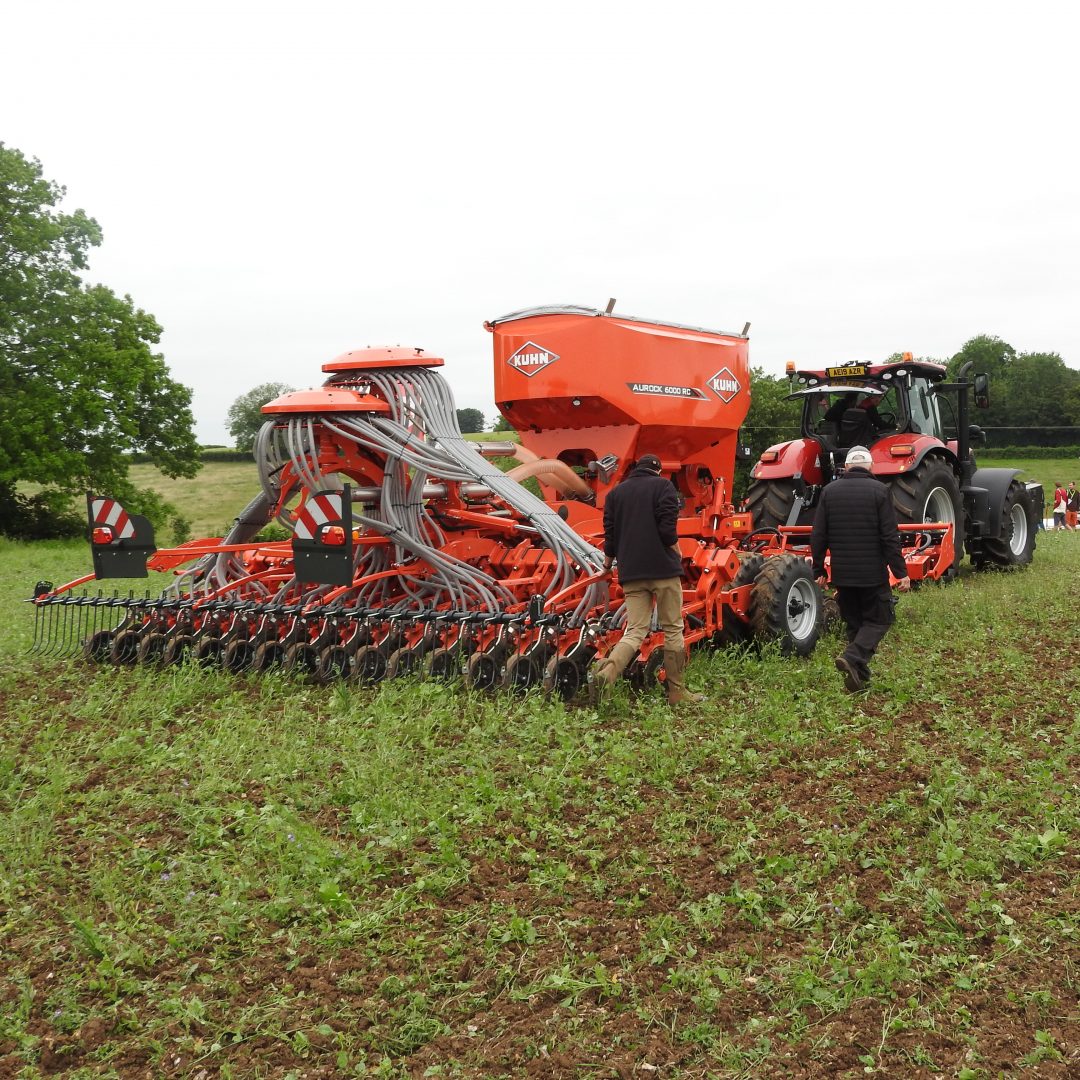 With an integral front crimping roller, the Aurock can drill into far more challenging cover cropping than it was presented with at Groundswell and can be adapted to operate in cultivated or minimum tillage conditions.