Tramspread has become the sole UK distributor of Roelama slurry applicators. The Roelama range is manufactured in the Netherlands and includes trailing shoe machines with working widths of 6.4 to 12 metres.

“Roelama manufactures high quality, easy to maintain trailing shoe applicators that can be used with an umbilical system or mounted to a tanker,” says Tramspread managing director, Terry Baker.

The Sleepflex and Sleepflex Farmer models can be specified with trailing shoes or cutting disks and have a vertical, three or five-part, hydraulic folding mechanism. The swinging arm for the drag hose has been neatly designed to prevent the hose from running underneath by angling it away from the machine at all times.

The Sleepflex is a 12-metre unit that is suitable for larger farms and contractors. It features an integrated lift, fully electrical hydraulic steering, and two turning points on the swinging arm which enables the operator to reverse without crossing the drag hose. “This helps to manoeuvre the wider width machine in tight spaces,” he adds.

Both machines require less maintenance than some competitors due to the design needing fewer turning points which reduces greasing. “There are also some optional extras such as section control and flow meters that will appeal to those looking for a precision led approach to nutrient application,” says Mr Baker. 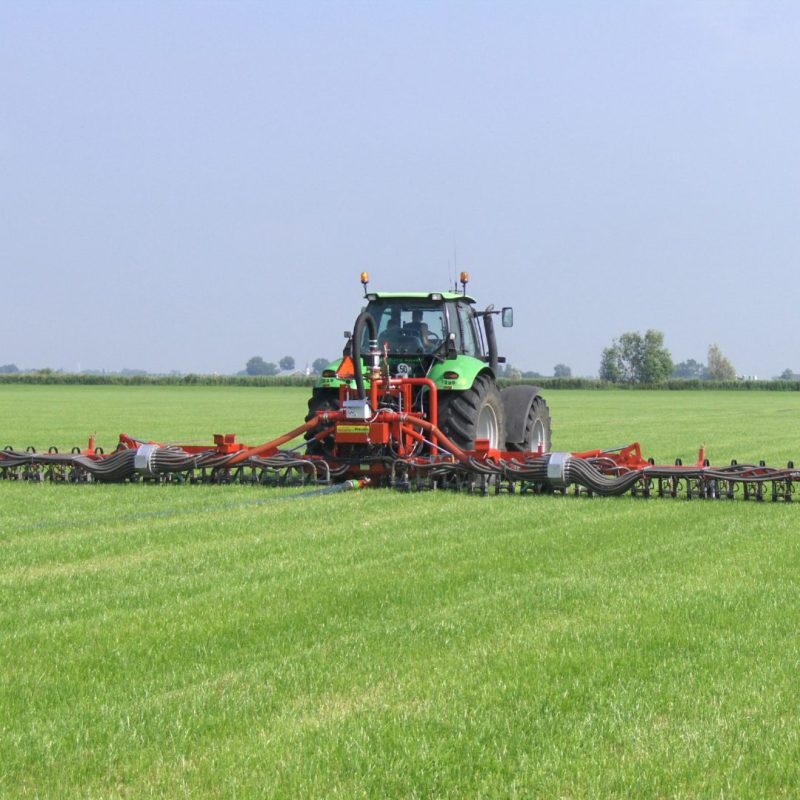 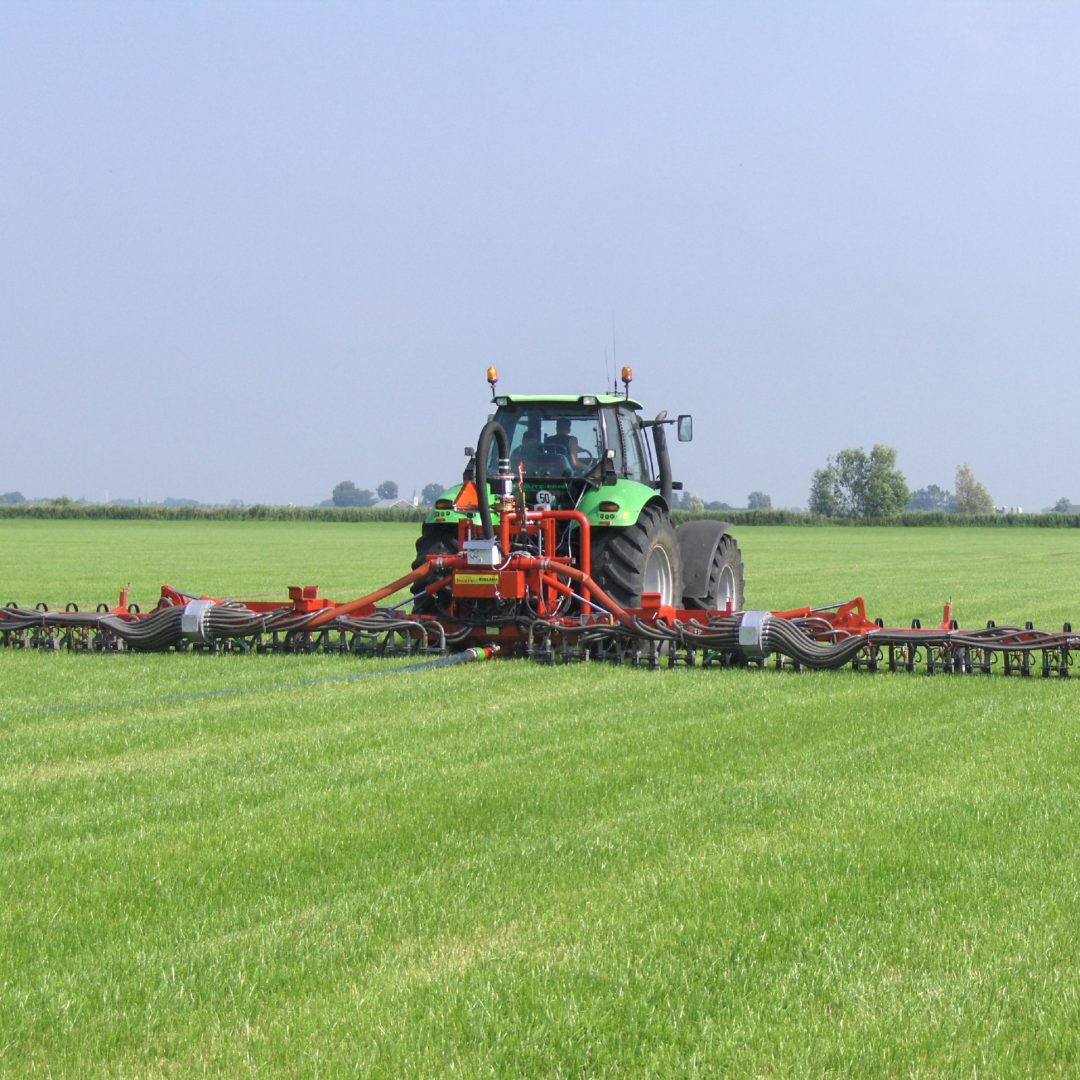 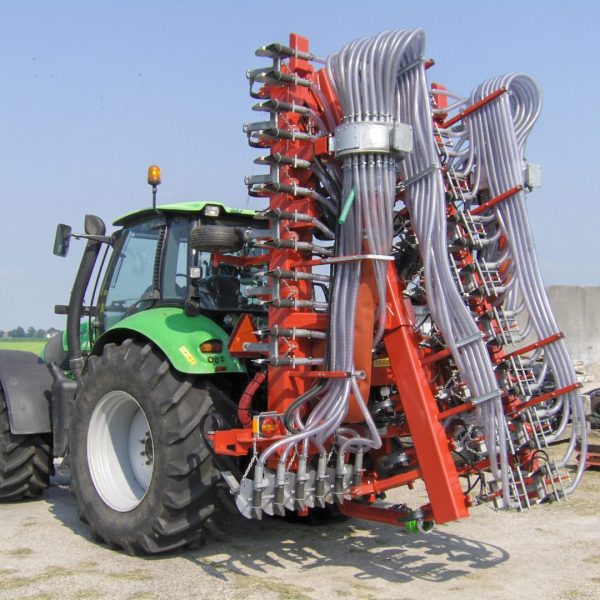 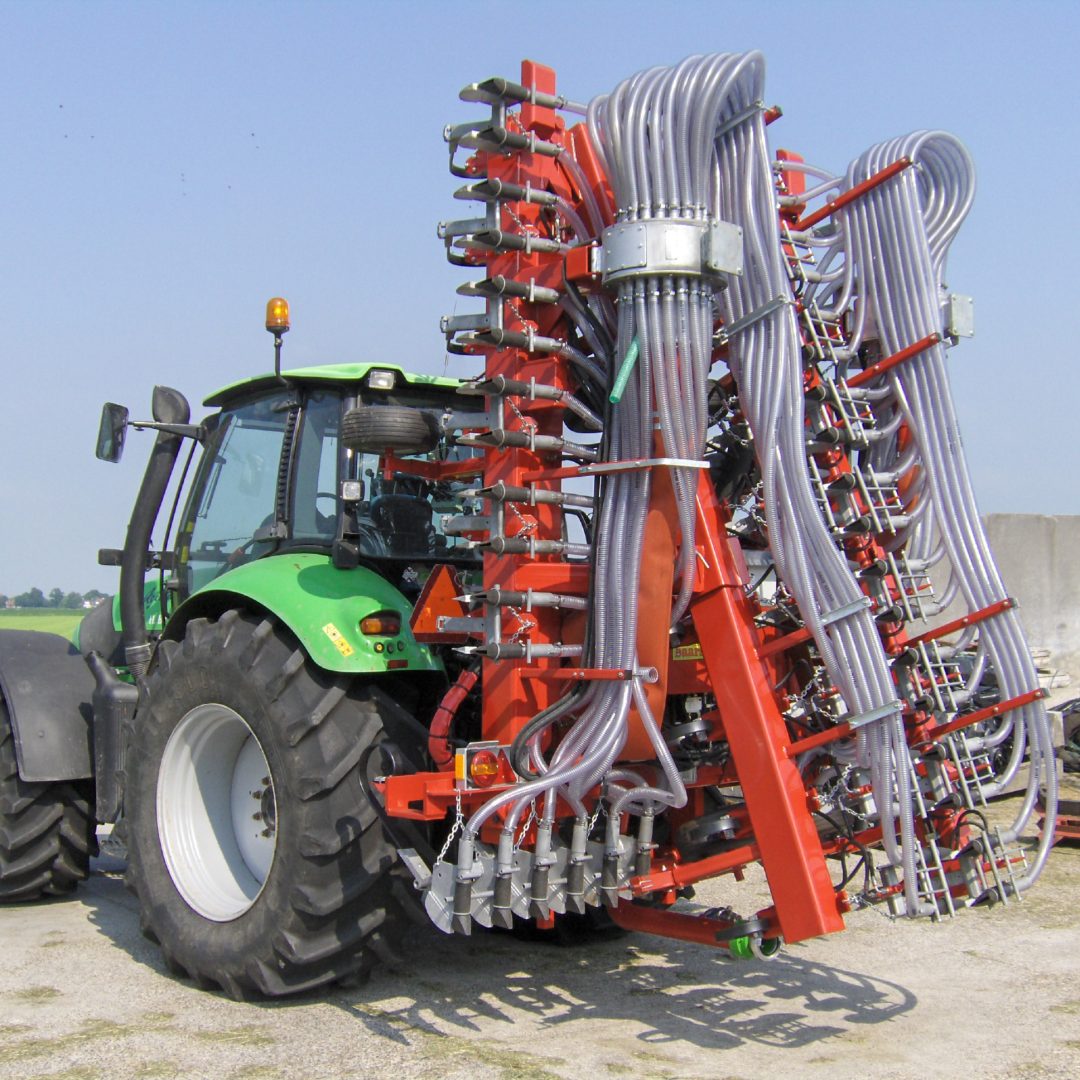 Roelama applicators can be specified with trailing shoes or cutting disks and have a vertical, three or five-part, hydraulic folding mechanism.