Data collected in the 2020 Progiene UK Dairy Biosecurity Survey indicates that most farms have the opportunity to reduce the threat of disease by improving basic biosecurity practice.

“Biosecurity certainly isn’t a new areas aspect in the day-to-day running of a dairy farm, but it is a fundamental pillar in preventing disease incidence. This goes on to have short and long-term benefits by improving animal welfare, reducing antimicrobial usage and protecting a farm’s financial and time resources,” says Alison Clark, dairy hygiene specialist for Progiene.

While 89 percent of dairy farmers surveyed had biosecurity protocols, only eight percent said they were satisfied with them and only 31 percent reported them being followed closely. Despite protocols being in place, seventy-eight percent of respondents said their farms have had disease pressure in the last two years, reporting: 15 percent salmonella, 41 percent TB, 42 percent E.coli and 48 percent Johne’s.

Effective change through mindsets and systems

Farmers were questioned on why current biosecurity protocols are being broken. For 54 percent, lack of time was the main reason, followed by 41 percent attributing it to lack of understanding by staff.

According to veterinary consultant Tommy Heffernan, successful implementation of biosecurity practices requires a combination of mindsets and systems for all those involved in the business.

“In order for biosecurity protocols to be successful, they must first be efficient, practical and simple,” explains Dr Heffernan. “They must also serve a specific purpose that is outlined to staff, so they understand why they are important to follow in the first place.”

To develop biosecurity protocols that will be more likely to be followed by staff, Dr Heffernan says to involve them in the process to build an understanding of why protocols are essential to the overall health and performance of the farm.

“A good way to get staff to buy into biosecurity protocols is to assign a member a specific area to research, help form a protocol and then present back to the team. This will foster a better understanding of why biosecurity is important with them being more likely to encourage other members of staff to implement it properly,” he says. “These protocols should include clear guidelines on farm so everyone who steps foot on farm knows exactly what is expected of them and a detailed plan that can quickly be implemented if there is a disease compromise.”

Dr Heffernan also advises farms hold a weekly staff meeting to address key areas of focus for the week ahead which also includes an update on biosecurity.

“This is a good opportunity to recognise a member of staff that is doing something well, which helps build morale and a sense of pride,” says Dr Heffernan.

One area of biosecurity most of the farms surveyed were found to be vulnerable was the practice of boot dipping. While 80 percent of farms reported having a boot dip, 55 percent don’t require every on-farm visitor to use it.

According to Ms Clark, this is concerning given diseases with high transmission rates that easily survive on boots were reported on many of these farms.

“Data found that 20 percent of farmers allow visitors to determine whether or not they want to disinfect their boots, while 35 percent will require some visitors, but not all to do this,” says Ms Clark.

In both her experience and Dr Heffernan’s, farmers hesitant to require all visitors to practice this first point of defence against disease on farm tend to be apologetic about strict implementation with regular visitors such as advisors or friends coming for a look around.

To overcome this challenge of compliance, Dr Heffernan says to require all visitors to disinfect boots before stepping foot in the farmyard – with no exceptions. He also recommends farms minimise entry points for visitors and set up a highly visible and designated boot dipping point.

“This point should include clear signage of protocols to disinfect boots, including either a bucket and brush or water point to clear soil off first before boots are dipped as heavy soiling can impact its efficacy,” he says.

With 62 percent of farms reporting disinfectant is only changed after more than 15 uses, Ms Clark says the station should also include a record sheet so it can be refreshed as required.

“A general rule of thumb is 1 litre of boot dip per wash, so a typical 15 litre boot dip should be changed after every 15 uses,” she says.

Survey results found that 75 percent of farms say they always follow instructions when mixing disinfectants, however, only 39 percent measure the chemical volume when mixing boot dip.

“Whether it is for boot dip or washing out calf pens, the chemical volume must be measured and mixed to the right ratio to actually be effective at killing pathogens,” says Ms Clark. “Additionally, disinfectants must be chosen based on active ingredients that are DEFRA approved to kill specific pathogens. This is essential to ensure your disinfectant of choice is capable of preventing the spread of disease on your farm since very few products on the market kill a broad spectrum of pathogens for diseases like TB, FMD, coccidiosis and Johne’s in one go.”

To provide dairy farms with more access to information on protocol development and disinfection usage, Progiene has created its BootDippers campaign. From the 1st of April to 31st of May 2021, farmers can purchase Virocur, Tibicur or Coxicur with a footbath as a BootDipper bundle for a special offer price. This pre-calibrated footbath provides an easy solution to accurately and consistently achieve the correct concentration for disinfectants and comes with audit stickers, an advice poster and a highly visible disinfection point poster for display on farm.

Additionally, the poster and footbath label have a QR code which takes farmers directly to a “How to” video on how to use a footbath correctly.

The Progiene disinfectant range includes Coxicur, Virocur and Tibicur – these DEFRA approved disinfectants are effective against bacteria, moulds, fungi and viruses, and should be selected based on specific diseases such as coccidiosis, TB and Johne’s. As part of this campaign Progiene have provided an easy to understand, how to guide on how to choose the correct disinfectant based on the individual farm risk.

To learn more about training and BootDippers offers, go to progiene-dairy.com. 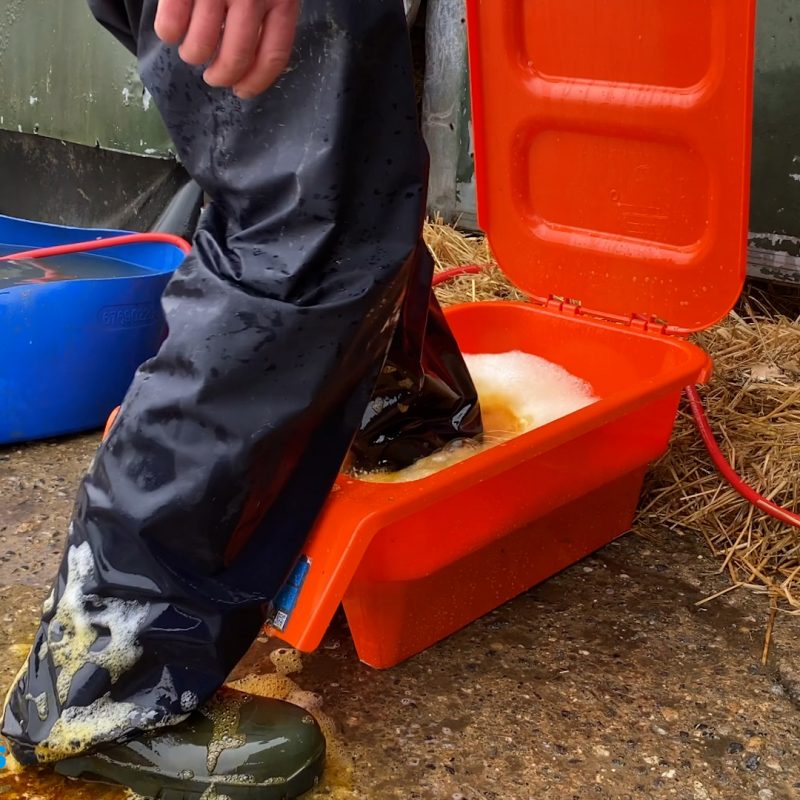 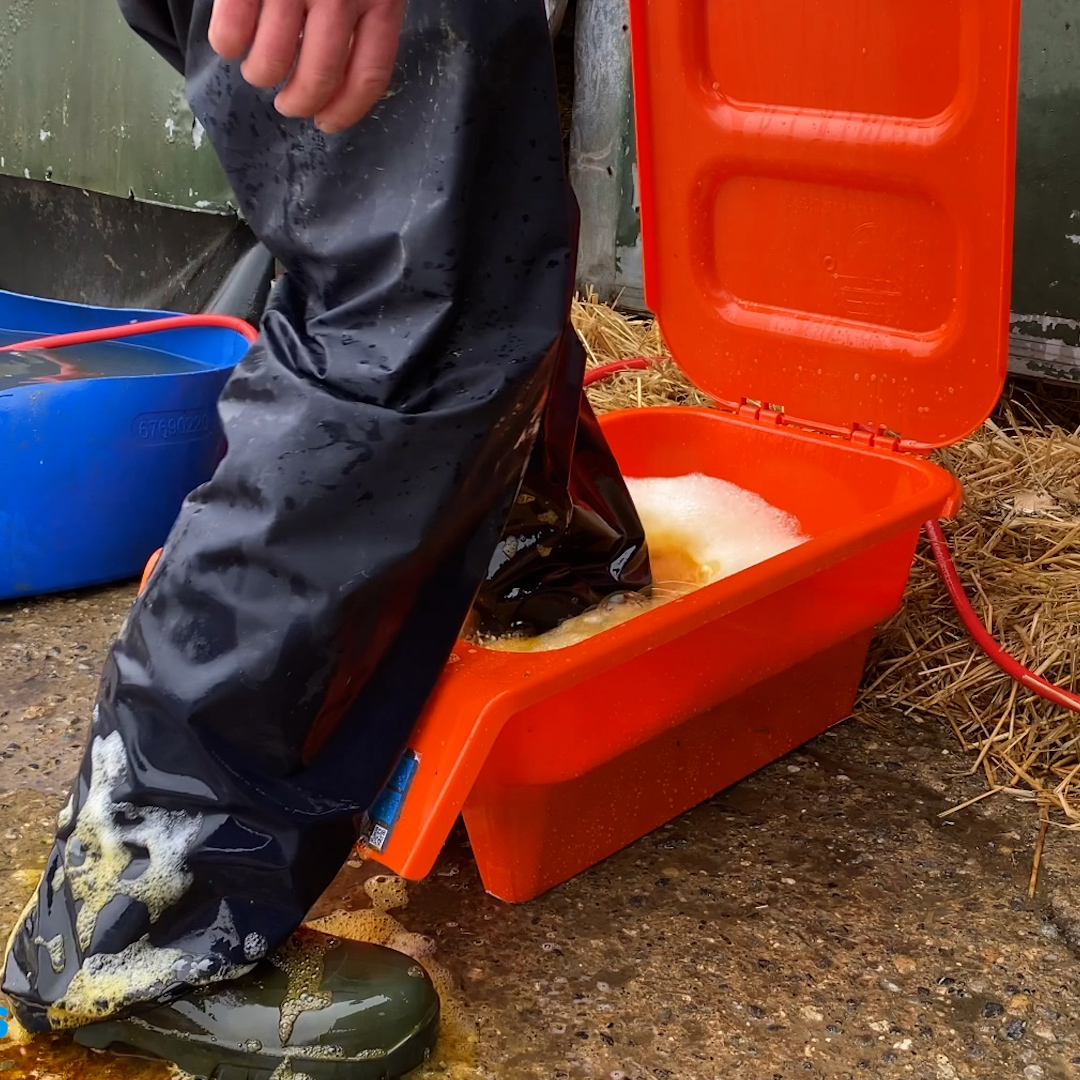 In the Progiene UK Dairy Biosecurity Survey, 89 percent of respondents said they had biosecurity protocols in place, but only 31 percent followed them closely. Boot dipping was found to be a main area of needed improvement, serving as the first line of defense against pathogens coming onto or spreading on farms. 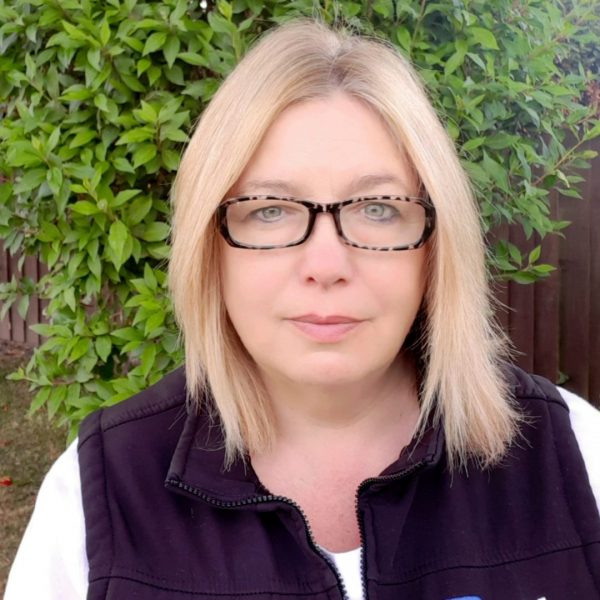 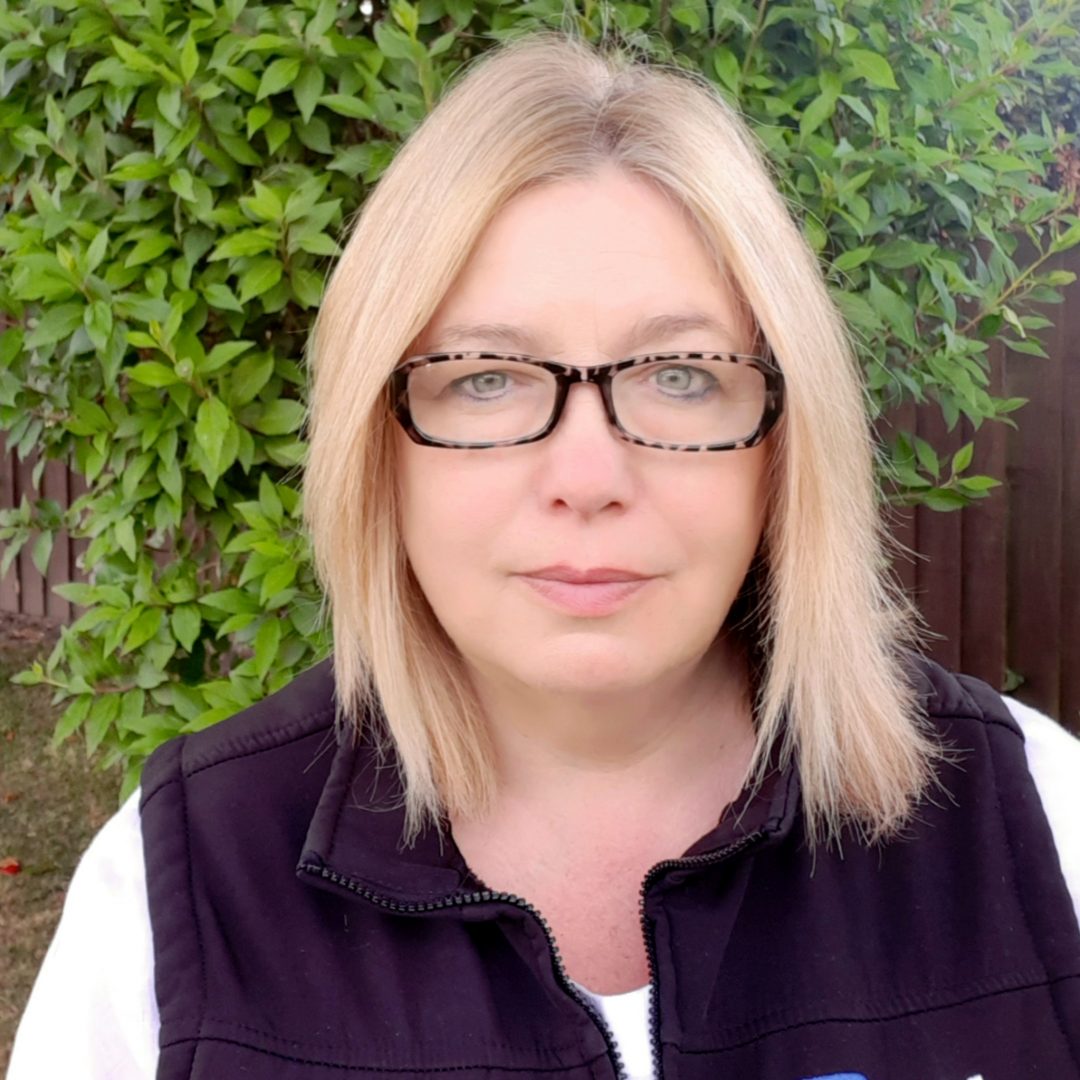 While 75 percent of farmers say they follow directions when mixing disinfectants, only 39 percent measure the volume of chemical. Disinfectants must be mixed properly and selected based on intended purpose and pathogens threatening the farm says Alison Clark, dairy hygiene specialist for Progiene. 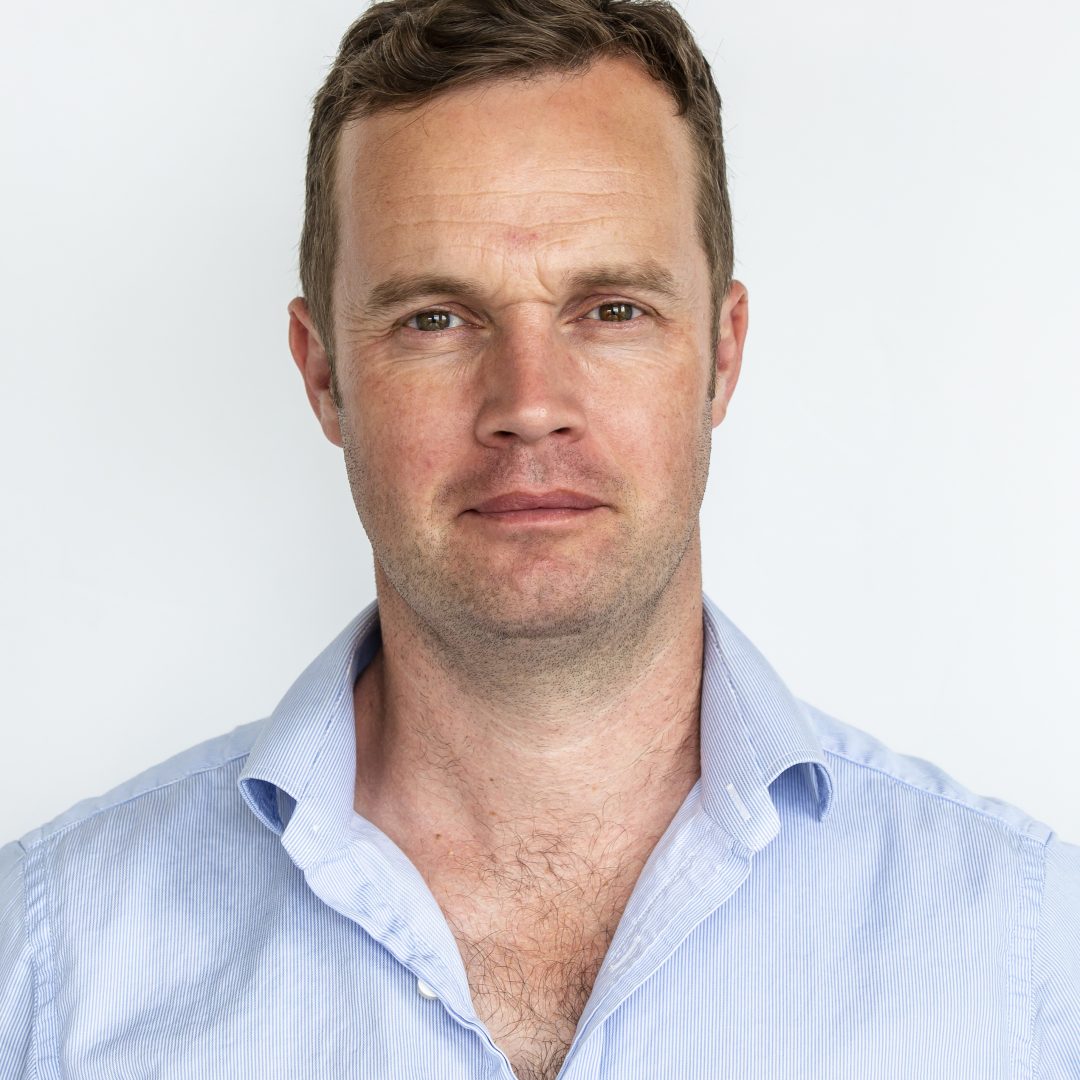 For 54 percent of farms, lack of time was the leading contributor of biosecurity practices being broken, followed by 41 percent attributing it to lack of understanding by staff. Veterinary consultant Dr Tommy Heffernan says to involve staff in the development of protocols to help overcome this challenge.