This year’s LAMMA show will provide the launchpad for Samco’s new CTS 1600 round bale chaser, which enables 16 round bales to be picked up in as little as eight minutes.

Collecting round bales is a time-consuming process, but the new CTS 1600 from Samco allows one operator to load 16 round bales in under eight minutes. This significantly reduces the labour and extra machinery traditionally needed to gather round bales, as well as lowering soil compaction.

The CTS 1600 is built at Samco’s manufacturing facility in Ireland and features a hydraulically operated soft hand bale squeeze, that lifts and rotates the bales onto the chaser, with just one joystick click from the operator.

“This handling method allows both netted and wrapped bales to be gathered without damaging them,” says Matthew Shine, Samco director. “The new chaser will load itself automatically, by stacking two bales side by side at double height, before moving the stack down its length on floor rollers.”

Once full, the 16 bales are secured by the chaser’s caged sides, which move inwards to hold the bales in place; built-in sensors fine-tune the position of the sides to the size of bales, while gripping bars along the top and rear of the chaser prevent any movement during transport. A Danfoss load sensing hydraulic system controls the main functions of the machine.

Unloading times are kept to a minimum as the CTS 1600 can simultaneously offload eight bales (in four stacks of two on their ends). The operator then moves the trailer forward to unload the remaining eight bales. This quick turnaround time allows for a speedier return to the field to continue loading. Its 7.3m length helps the CTS 1600 unload in tighter areas, allowing more bales to be stacked on a smaller footprint.

“During demonstrations last summer, we were surprised at just how manoeuvrable the chaser was,” says Mr Shine. “The operator was able to travel down narrow lanes and negotiate small yards that would previously only have been accessible with a loader. The chaser’s manoeuvrability is further enhanced as only the rear half of the chaser tips, enabling bales to be unloaded where height restrictions are an issue.”

The CTS 1600 runs on a brace of air-brake equipped ADR axles and features a choice of three 710/40 R22.5 tyres and a steering axle, if required. There’s an in-cab colour screen for fine-tuning settings and monitoring bale numbers along with a manual mode, which lets the operator stack the chaser with odd-sized loads. A rear-facing camera gives excellent vision and helps keep bale stacks tight when unloading.

For more information on the CTS 1600 round bale chaser, Samco is exhibiting at LAMMA on the 11-12 January 2022 at the NEC in Birmingham. The chaser has also been entered into the Young Engineers Award at the show. The final pre-production and design was completed by 27-year-old Samco employee, Paddy Lane, who has worked for Samco for over three years. 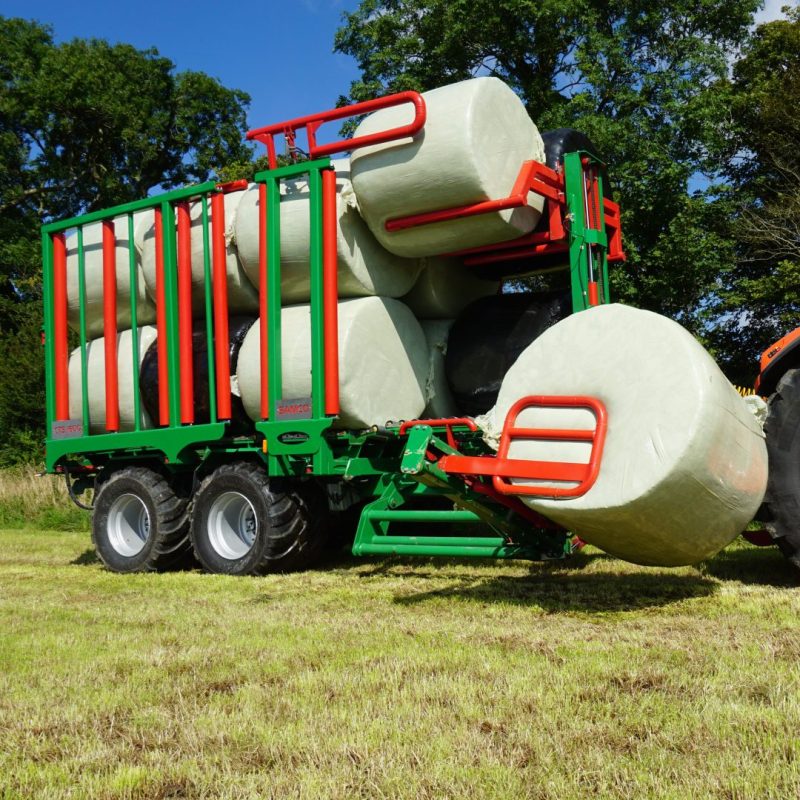 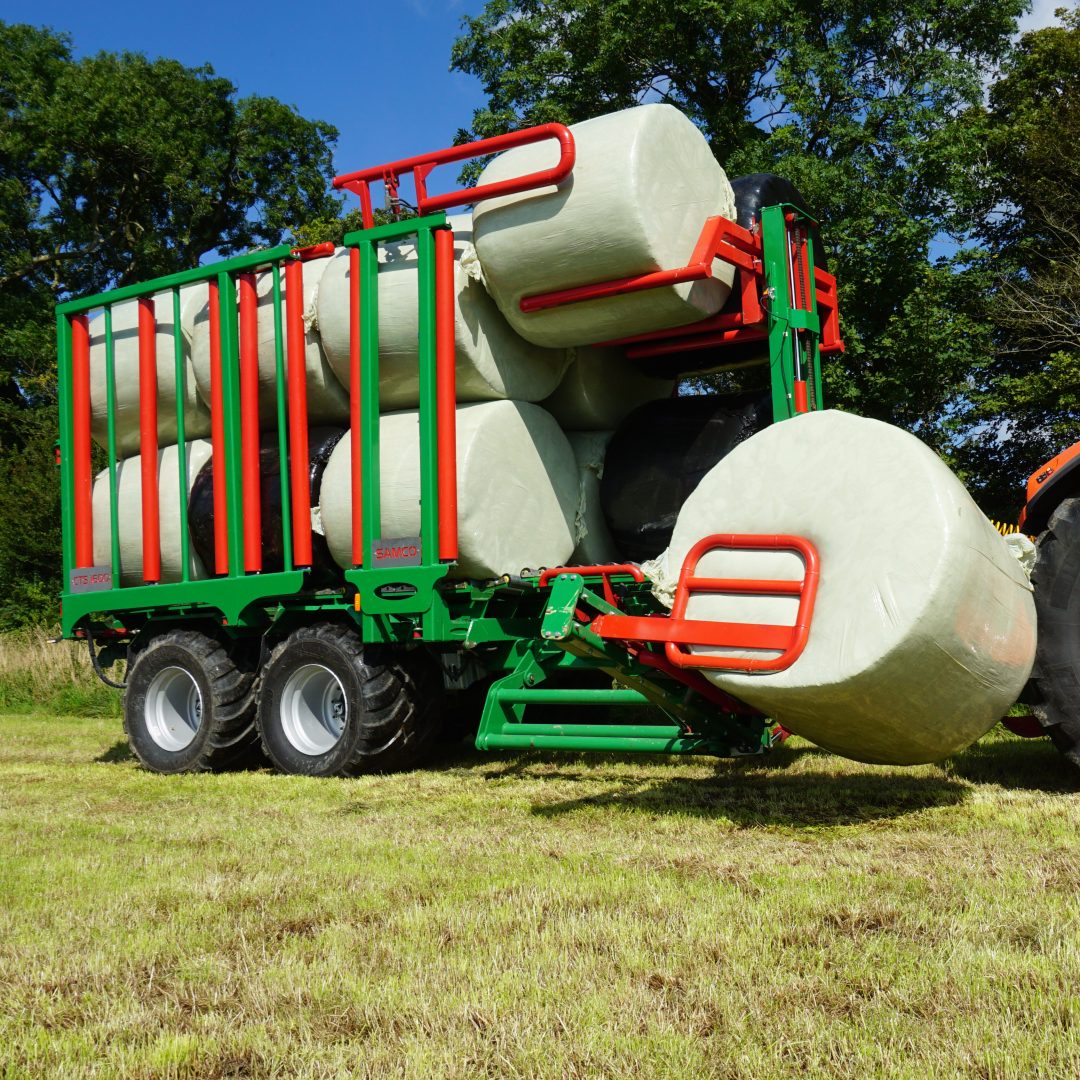 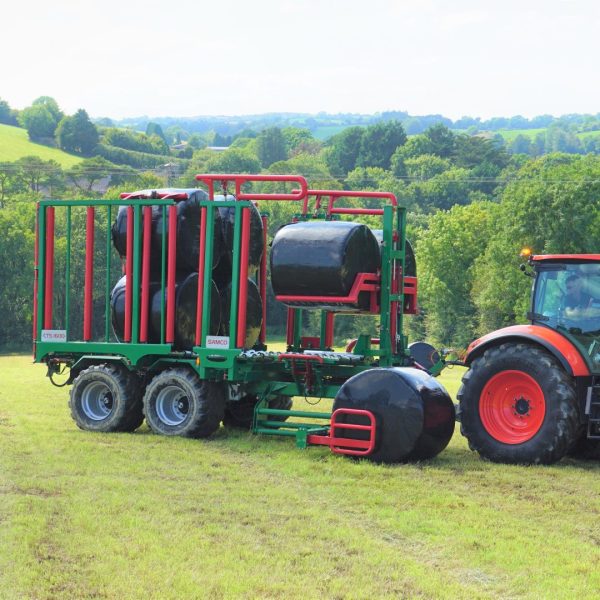 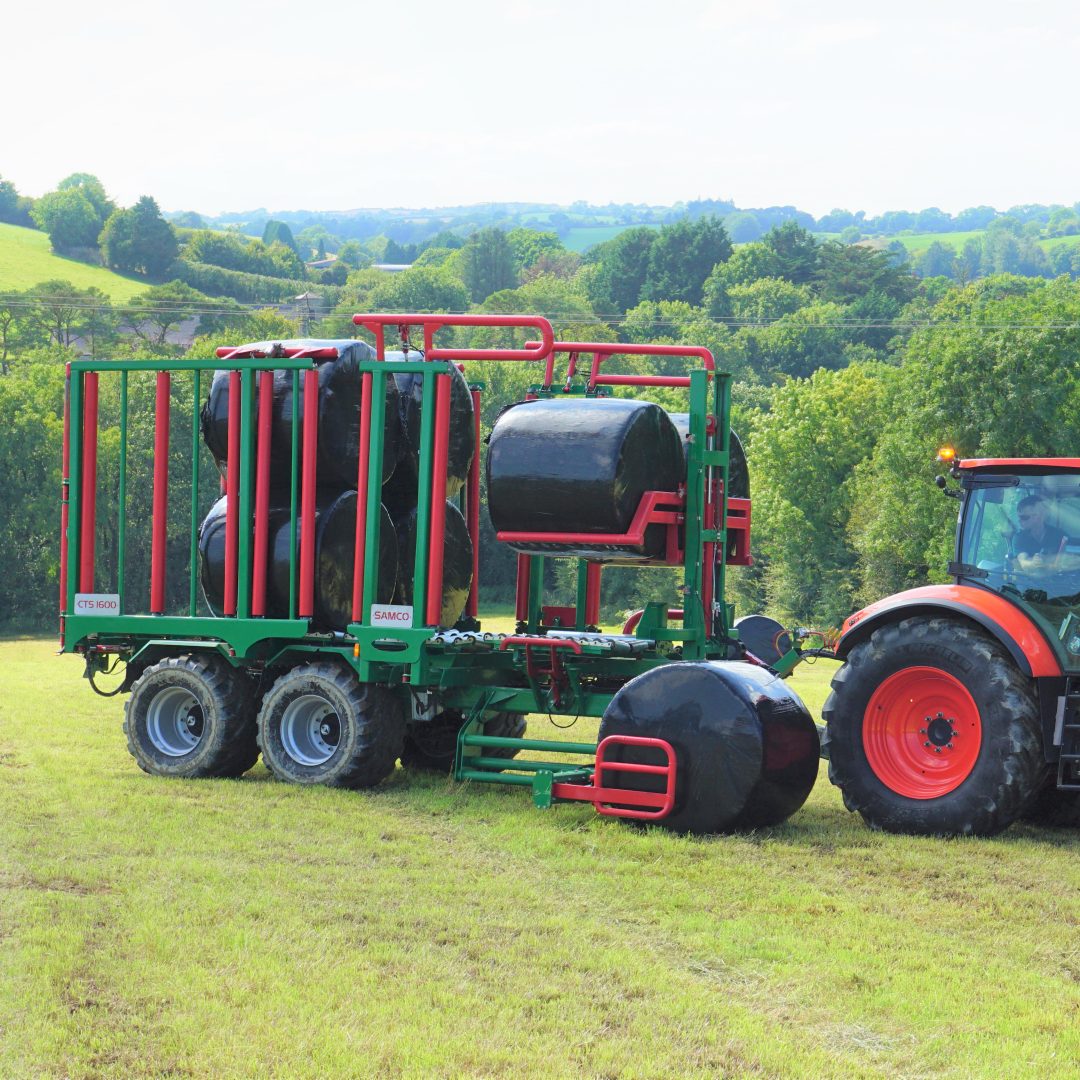