Tramspread has released two new slurry hose pinchers to help reduce the risk of slurry spillages. The lightweight ‘Handy’ is designed to be carried easily and is suitable for clamping hoses up to 6 inches in diameter. The larger ‘Heavy’ is for use with pressurised hoses up to 8 inches in diameter to stem the flow. Both can prevent slurry from being lost when breaking couplings or repairing hoses on the job.

Pollution, as a result of slurry spillages, can be damaging to the environment and could lead to legal action against those responsible. When pumping slurry, leaks or blow outs can occur. “These pinchers are inexpensive and will prevent slurry being lost if a quick repair is needed when pumping or spreading,” says Tramspread director, Edwin Baker. “Now, more than ever, farmers need to demonstrate the measures being taken to reduce slurry pollution and safeguard the environment,” he adds.

The pinchers are both priced at £250. “This is a small price to pay for a device that can prevent unnecessary pollution. It is also useful to have a pincher when breaking couplings because there is no need to drain the pipe first,” says Mr Baker.

Whilst designed for use with umbilical slurry hose, the pinchers can also be used in other agricultural work. “Other applications could be for irrigation pipework or other water pipes on farms. However, we see the main benefit of these pinchers as saving land and water sources from the potential damage that slurry spillages can cause,” concludes Mr Baker. 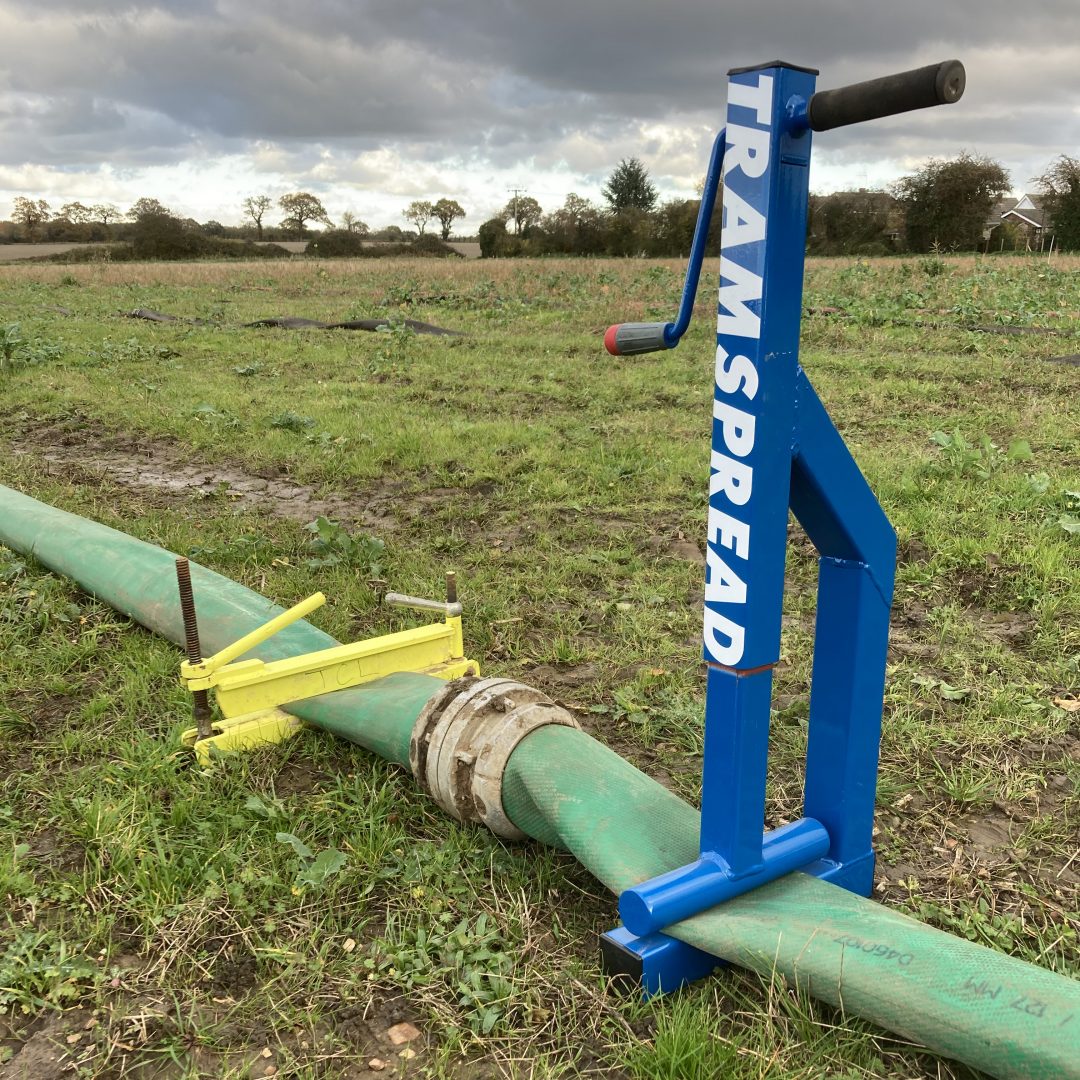 The Tramspread Heavy hose pincher can clamp pipes up to eight inches in diameter to stop the flow when changing couplings or making repairs.