John Martin’s strategy to maximise output at his 83ha unit in County Down has resulted in the farm routinely producing 500kg of lamb carcase per hectare. His achievements have been recognised this year with the award of the prestigious British Grassland Society Grassland Farmer of the Year award.

John has combined improved animal genetics with better forage production. He’s breeding more efficient ewes, with a mature liveweight down from 110kg to 80kg, and boosting the productivity of his grassland by including the best available varieties.

Helen Mathieu of Germinal GB, one of the sponsors of the BGS Grassland Farmer of the Year Award, says that measuring and monitoring grass growth, as a basis for more effective management, was a stand-out feature in John’s day-to-day management.

“The principles of measuring in order to effectively manage are being applied to the finest detail,” she says. “This approach is now well established in the dairy sector, but less so on beef or sheep units, so John is leading the way and showing what is possible.

“We’re proud to sponsor the BGS Grassland Farmer of the Year award and congratulate John on his achievements. Our main purpose in sponsoring this award is to highlight best practice in grassland management and this is done most effectively by recognising those who are setting the standard and provide a great example for others to follow.”

John’s expertise in silage making has also been recognised this year with first place in the Ulster Farmers’ Union Beef & Lamb Silage Competition. 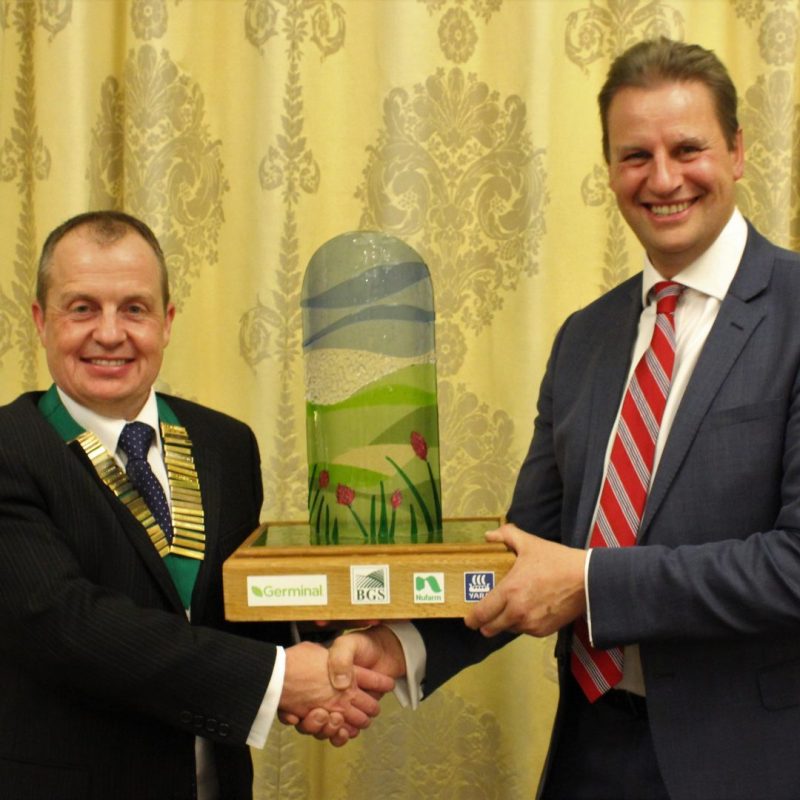 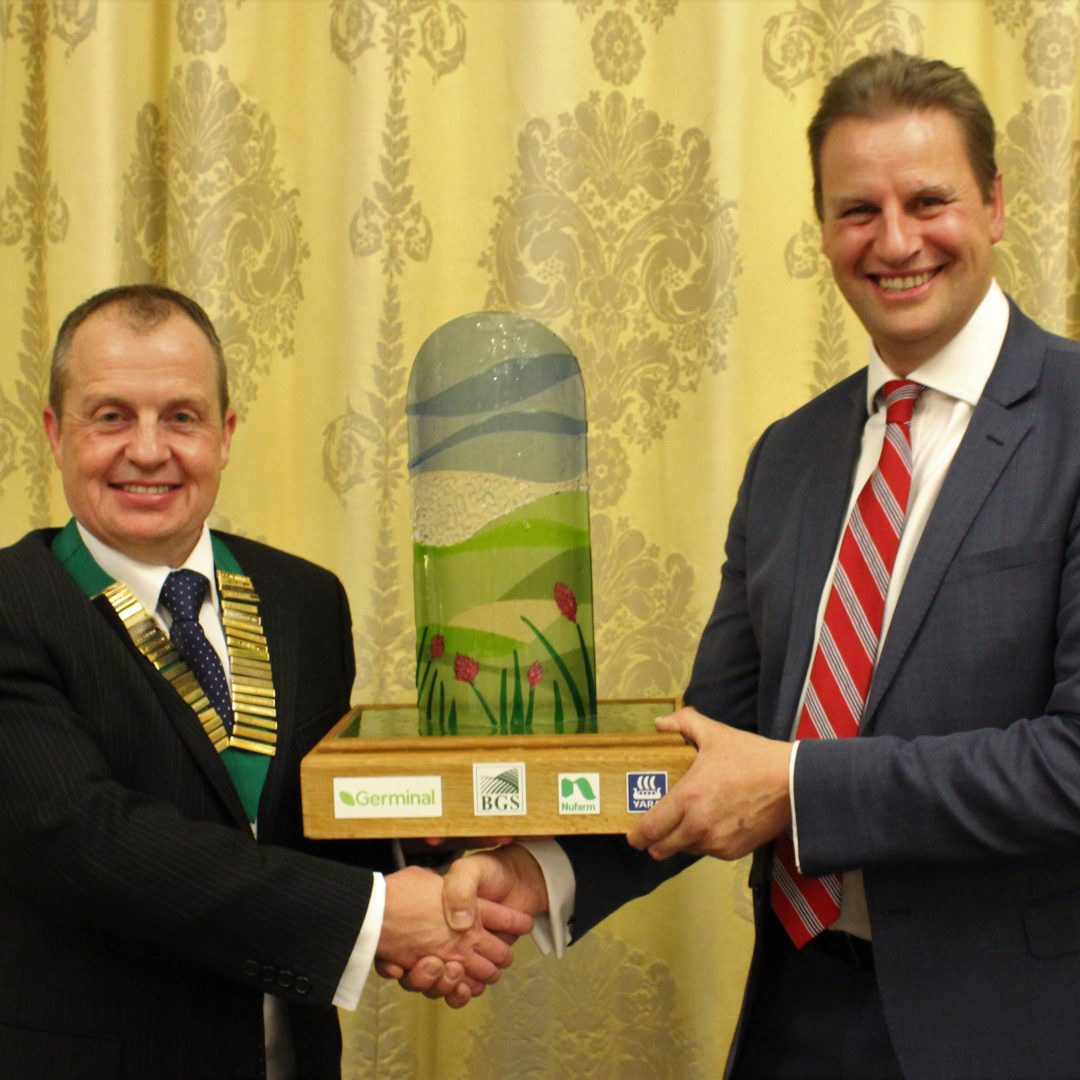 John Martin (right) and BGS President Richard Simpson at the presentation of the 2019 Grassland Farmer of the Year award. 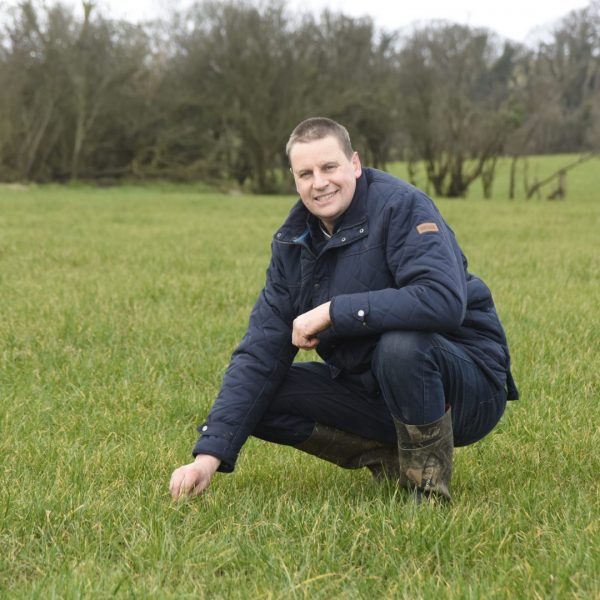 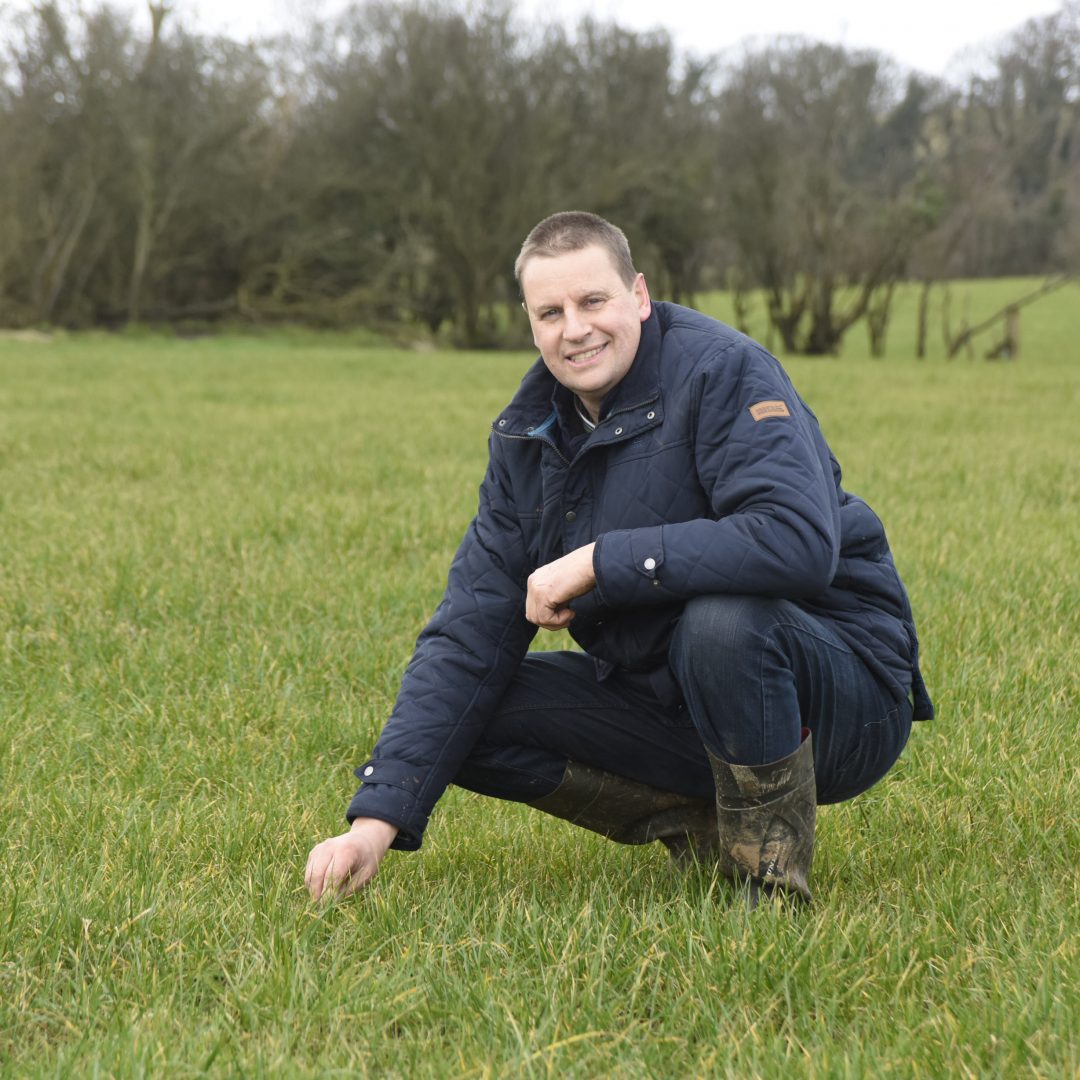 John Martin has improved his forage output by reseeding with the best available grass varieties.