Contractor Michael Tomlinson, working closely with Nick Wells from Rea Valley Tractors and RVT’s precision agriculture team, used his new 8-row Kuhn Maxima 3 TI E drill to sow the field with a single pass on 1st May. The resulting intricate maze design that celebrates the 50th anniversary of the first manned moon landing has been achieved without any manual intervention in the field.

Michael, who has drilled the maize maze at the site since the attraction opened 16 years ago, explains how the new drill with electronic section control and variable row widths offered the opportunity to move to a new level of creativity.

“In previous years we’ve drilled the field twice, in two directions, at 75cm row widths, and then the pattern has been marked out using GPS and a lot of canes, with the paths being hoed out manually,” he explains. “This year we took the design and had software written that would enable the drill to create the pattern. We set the drill at 37.5cm row widths and used approximately double the normal seed rate. With autosteer, precise electronic section control on the drill, and RTK satellite guidance accurate to within 1cm, we’ve achieved an incredible level of accuracy and a spectacular result.”

Michael drills over 1,000 acres of maize and fodder beet in the area, in addition to doing contract hedge cutting. With the new electric drill with individual row section control, variable row widths and integral microgranular fertiliser applicator, he aims to extend his drilling into other crops, such as oilseed rape. He will also be offering a bespoke maize maze drilling package further afield.

Tom Robinson, who owns the National Forest Adventure Farm with his brother Ivor, spoke about the new precision drilling process: “We have been very impressed with the accuracy and intricacy of the maze design this year. It has removed so much time consuming manual labour. The results have been fantastic, and we are extremely pleased with how it looks as we get ready to open our doors to the public.

“Every year we love sharing our aerial maze photography to reveal the design to the public.  The 50th anniversary of the moon landing design has captured people’s attention and even attracted international coverage including Fox News in the US. We hope this will be our best year ever attracting over 45,000 visitors.”

The maize maze at the National Forest Adventure Farm, located at Tatenhill, Staffordshire, includes three miles of paths, bridges, viewing towers and a mock-up of the Apollo 11 lunar landing module. It opens to the public on Saturday 13th July. 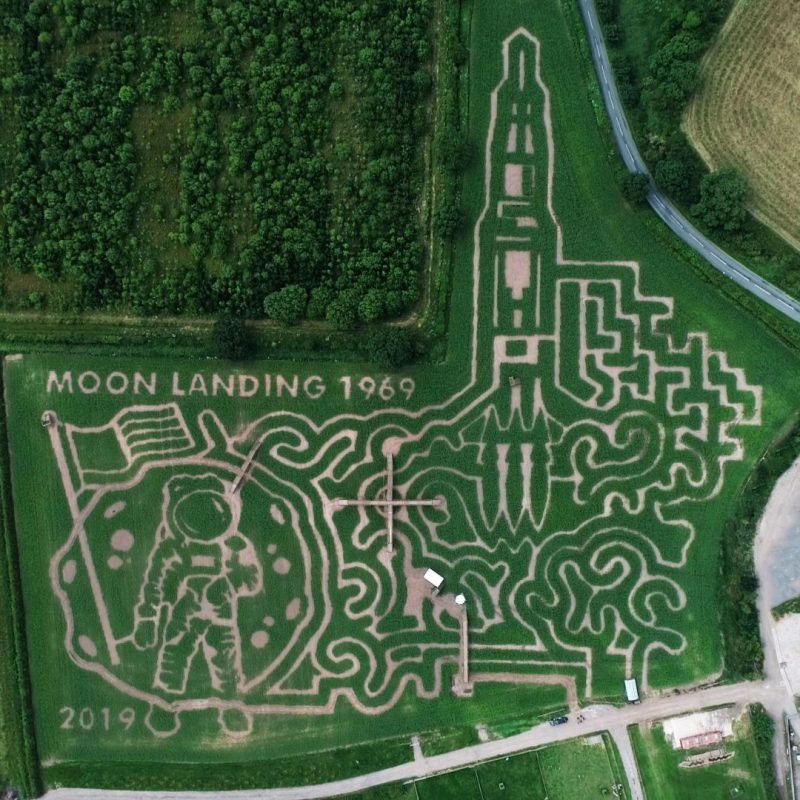 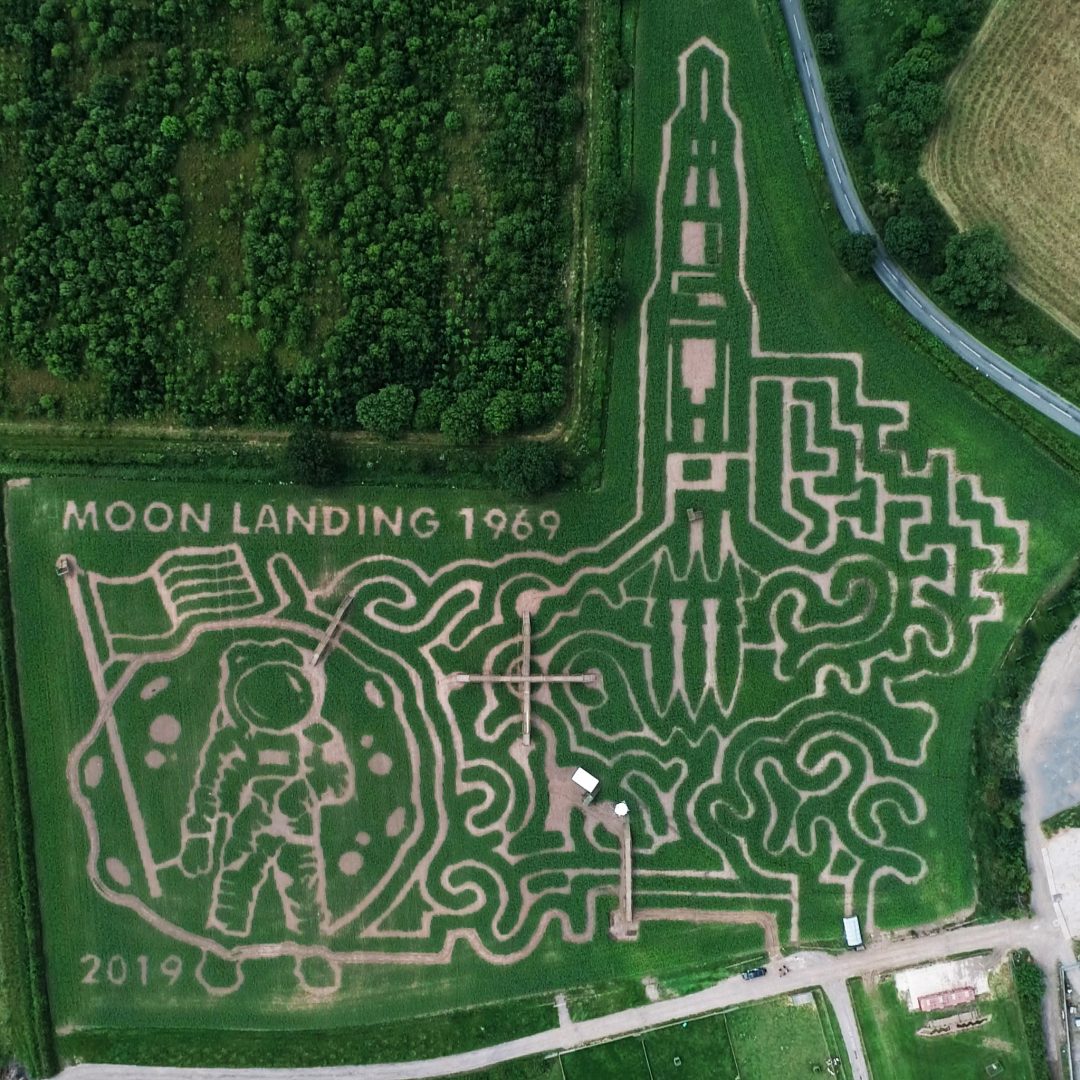 The moon landing maize maze at the National Forest Adventure Farm has been created with an electrically driven 8-row precision drill with section control and RTK satellite guidance. 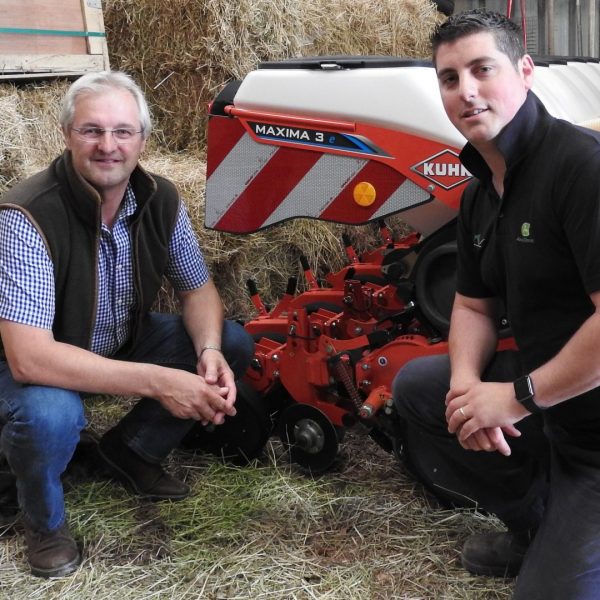 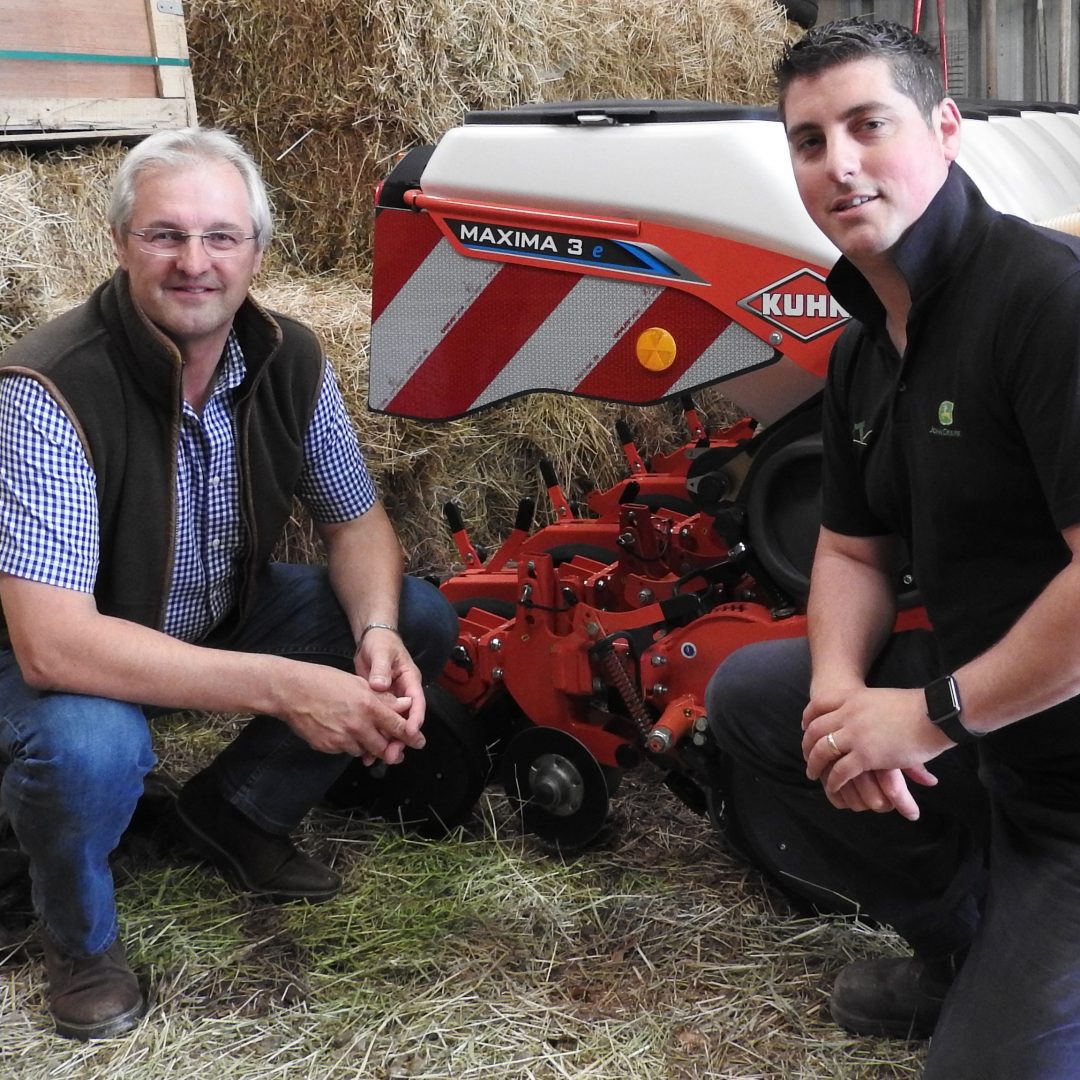 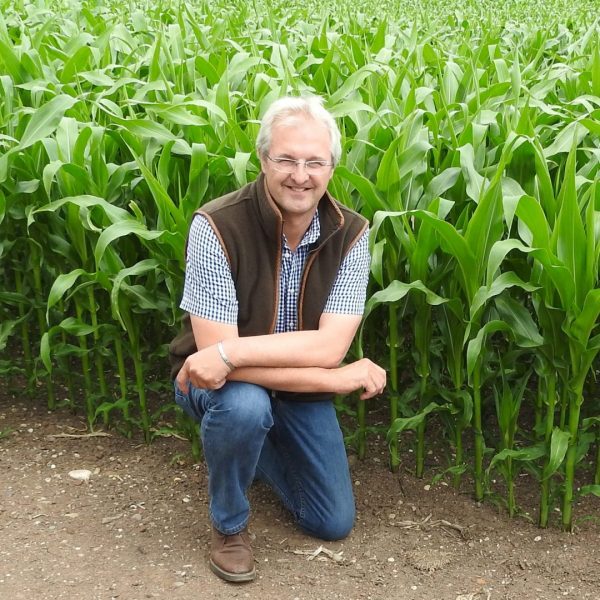 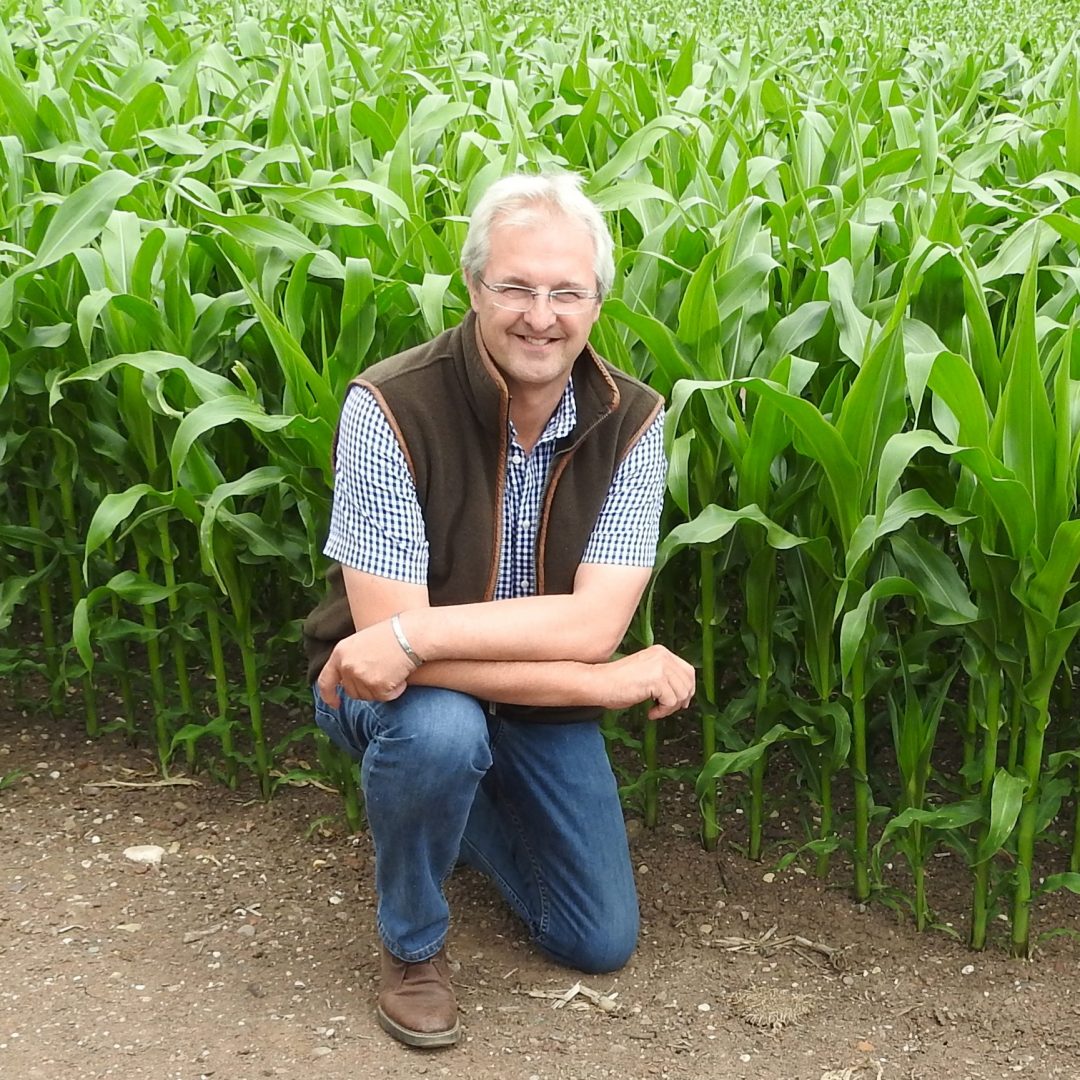 The maize crop used for the National Forest Adventure Farm maze was drilled by Michael Tomlinson on 1st May. 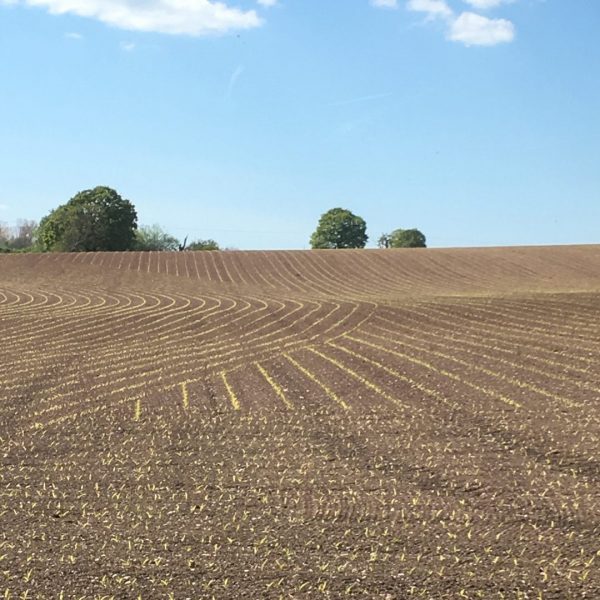 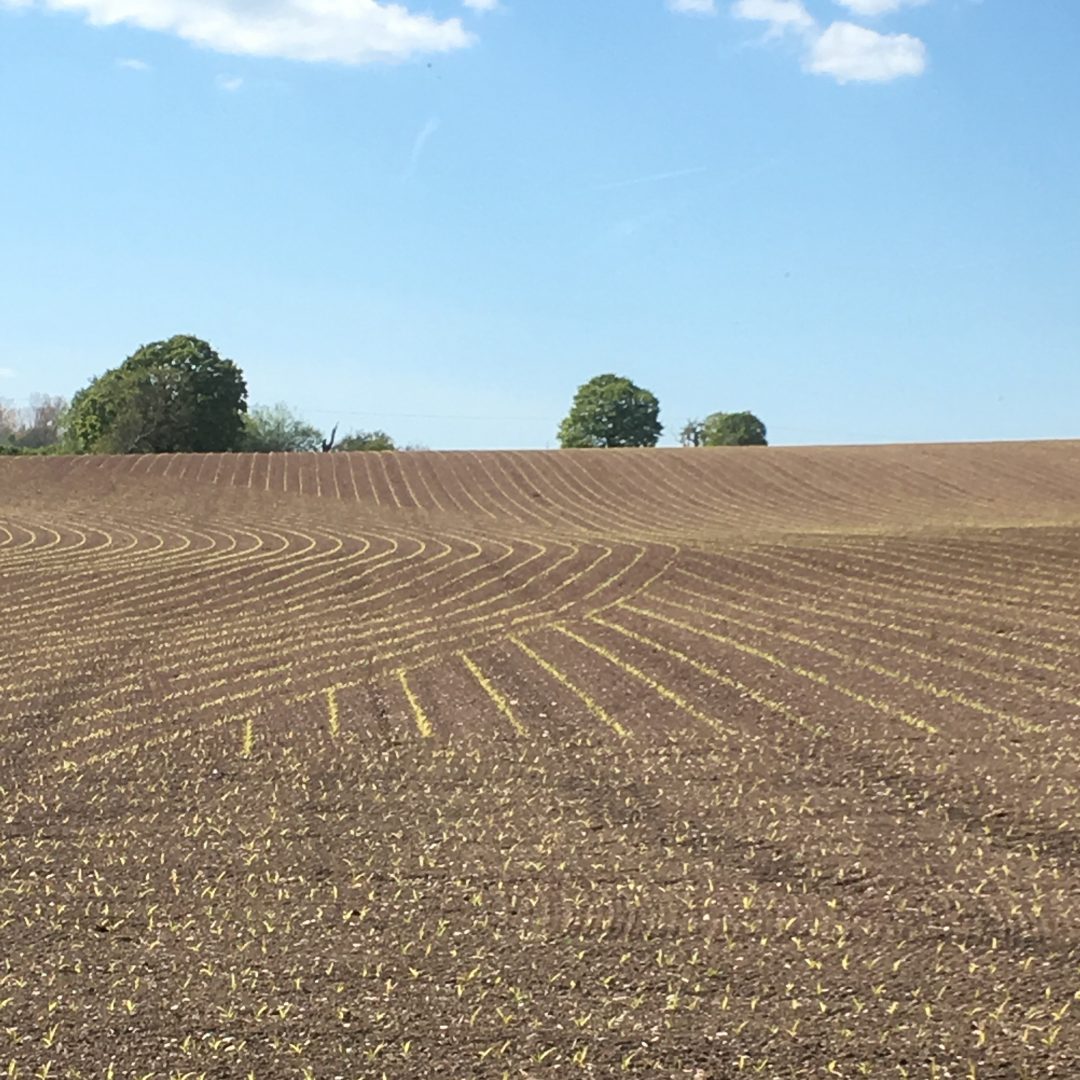 Accuracy of seed placement is significantly improved with the electrically driven Maxima 3 with section control, says Nick Wells of Rea Valley Tractors. This not only saves seed and eases stress on the operator, but also creates a more consistent crop that is easier to harvest and of more even maturity.