UK field trials with the new generation swede variety Triumph have demonstrated its value as a cost effective out-wintering option for livestock farmers.

In studies carried out by forage seed specialist Germinal GB during 2018 and 2019, crops monitored on farms in England, Wales and Scotland recorded bulb yields of 9tDM/ha with high levels of leaf retention resulting in significant additional crude protein.

With average growing costs calculated at £385/ha, Germinal believes the cost of dry matter from the swedes to be in the region of 4p/kg, creating opportunities for livestock farmers to build greater sustainability into their production systems.

“From the results we’ve seen with Triumph, there’s no doubt that swedes offer a cheap and simple out-wintering option that has the potential to reduce costs of production in both cattle and sheep sectors in the UK,” says Germinal GB’s Ben Wixey.

“Whilst the bulb is the primary feed source from swedes, contributing as much as 120,000MJ/ha of energy, we’ve been impressed with ability of the variety Triumph to retain its leaves through into the grazing period. From measurements taken during our programme of field trials, we estimate the retained leaf material to provide around 1t/ha of crude protein to grazing livestock, which is a significant bonus.”

The optimum drilling window for swedes is between the middle of May and the end of June for most UK farmers, with crops typically being ready to graze within about 25 weeks.

“With a block grazing approach, five hectares of Triumph swede could be expected to support around 400 in-lamb ewes, or 75 bulling heifers, for up to 100 days,” adds Ben Wixey. “That’s creating a huge opportunity to reduce bought-in feeds and lower the cost of production significantly.”

Further information on establishing and managing swedes for out-wintering is available at Germinal GB’s Knowledge Hub at https://germinal.co.uk/knowledge-hub/brassica-growers-guide/ 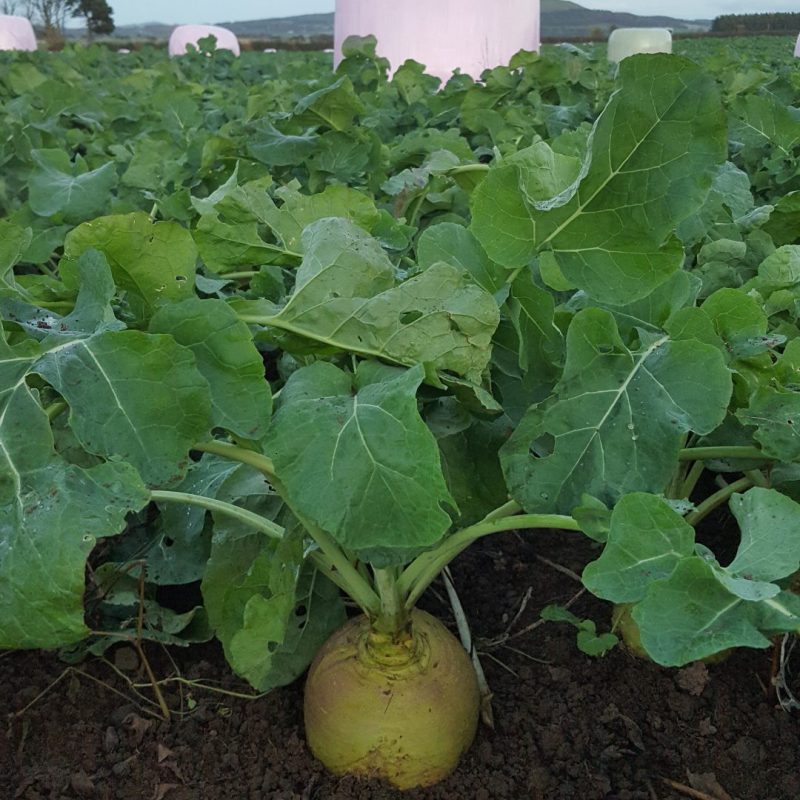 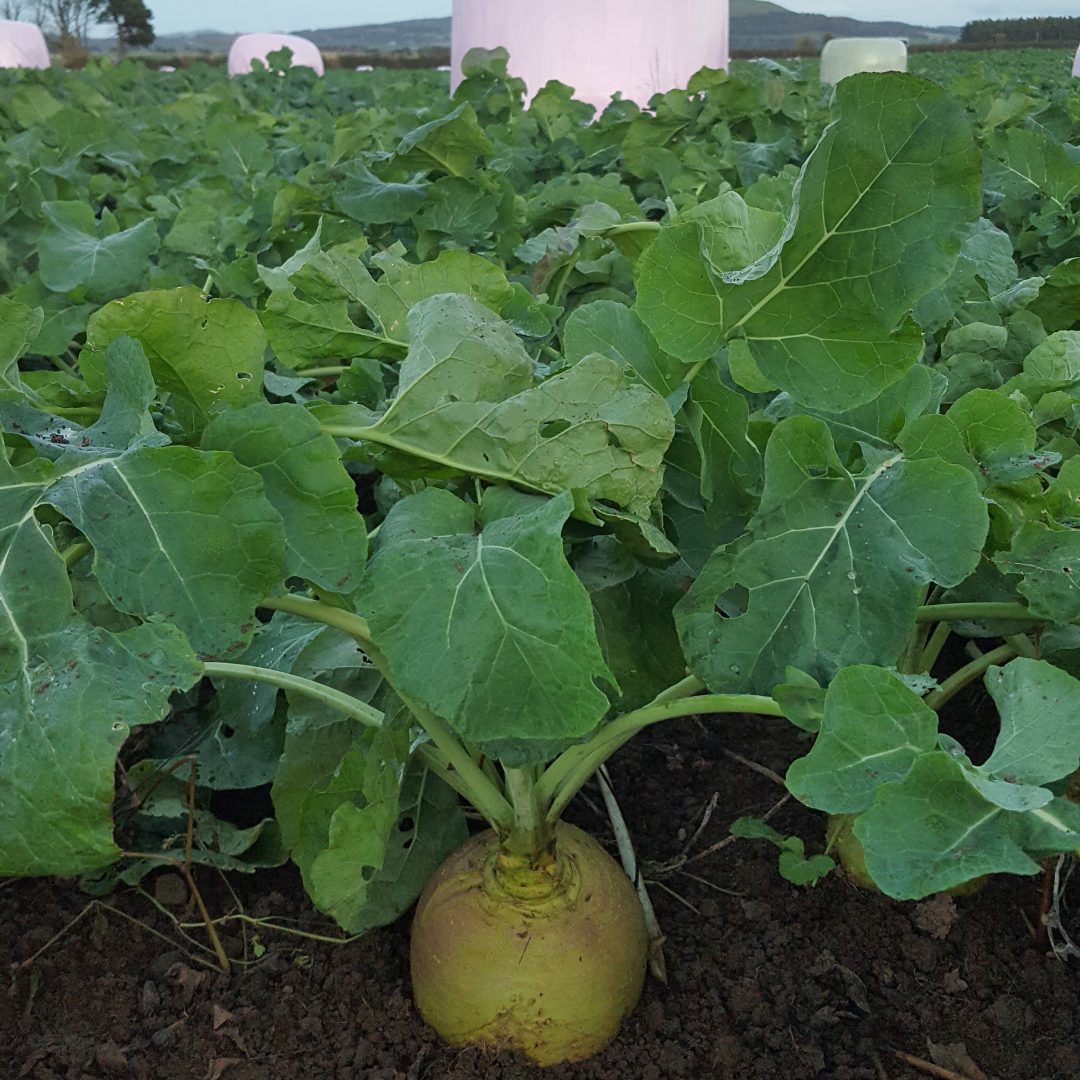 During Germinal GB’s field trials programme, Triumph swede was shown to produce as much as 120,000MJ/ha of energy from its bulbs, with retained leaf material contributing up to 1t/ha of crude protein.