KUHN Farm Machinery has launched the Aero GT 60.1, a trailed pneumatic boom spreader that is available in 30, 32 and 36 metre formats.

The Aero GT replaces the AGT 6036 in KUHN’s range, with upgrades on its predecessor including a significant 25% increase in the maximum application rate, greater precision in section control, and improvements in the control unit, calibration and maintenance.

Higher application rates are possible due to increased mass flow characteristics brought about by a bigger air intake and larger capacity pipes. For example, when spreading urea to 36 metres, application rates of up to 320kg/ha are possible for the Aero GT when travelling at 15kph, compared with 250kg/ha from the AGT.

A new metering system on the Aero GT incorporates six individual units that can be shut off independently when using automatic section control (KUHN MULTIRATE 6). When used in combination with a variable rate map, each individual unit can also apply a different fertiliser rate. The possibility of applying a different application rate every six metres across the width of the machine is ideally suited to those farmers who are looking to maximize the control of their inputs.

An upgrade in the Aero GT’s control unit compared with the AGT creates greater compatibilities with ISOBUS terminals. The Aero GT can be controlled by the CCI 800 or CCI 1200, or the tractor’s own ISOBUS terminal.

Other improvements include improved kinematics, with calibration being significantly simpler for the operator. In addition, the fan units are fitted with maintenance free bearings and the material thickness has been increased on the wearing elements, improving the machine’s durability and reducing the running costs. 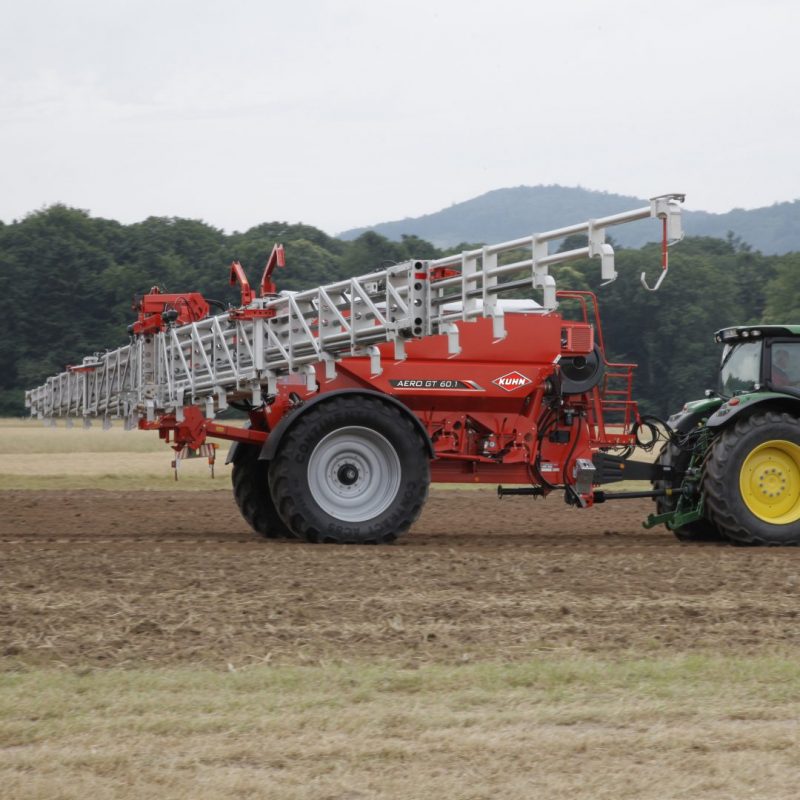 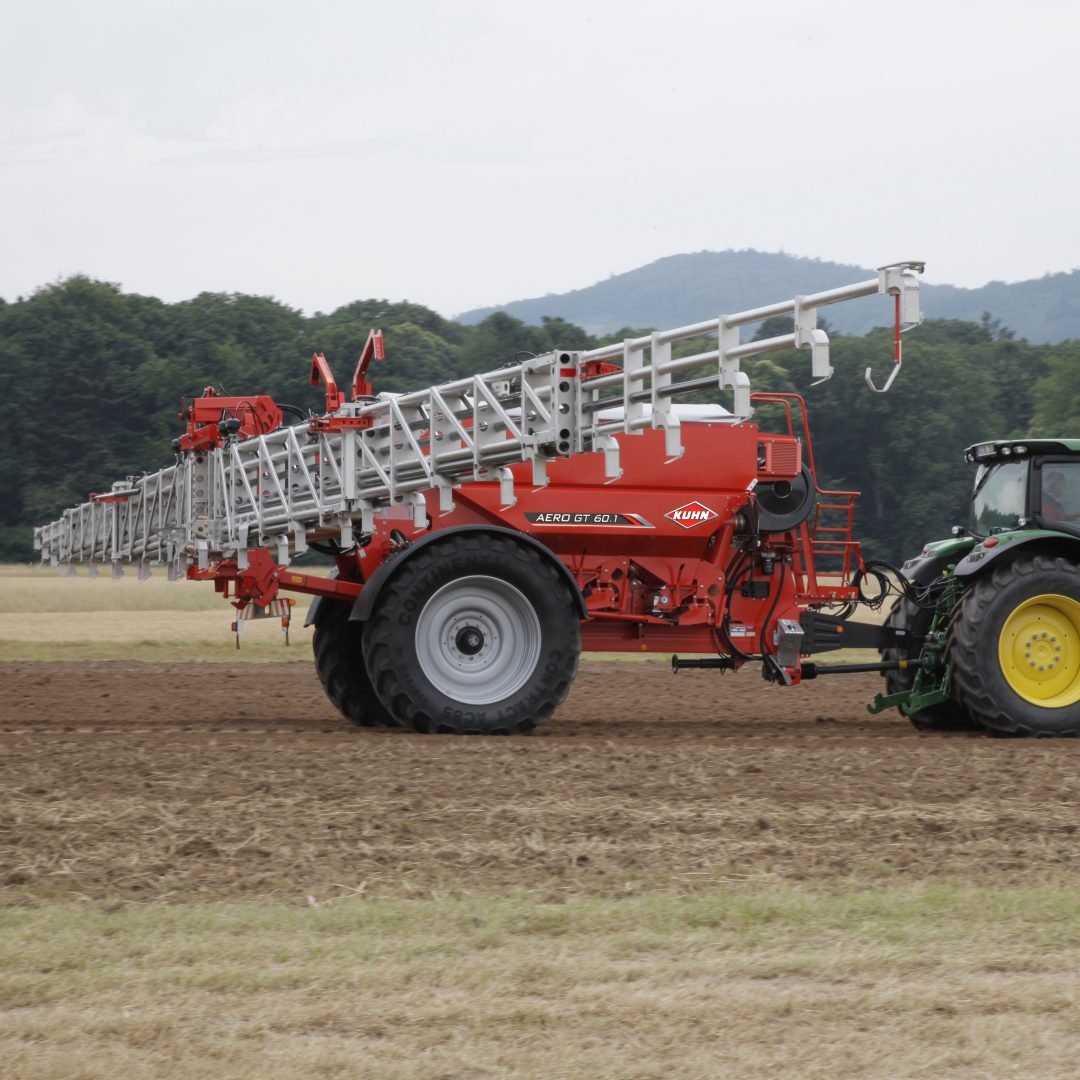