Technology to meet the needs of progressive UK farmers was in abundance across KUHN’s SIMA 2019 stand in Paris during the final week of February. Highlights included equipment for conservation agriculture, precision farming and renewable energy.

KUHN’s new AUROCK triple disc seed drill offering the capability to establish crops under cover, in minimum tillage or direct drilling conditions, provided one of the main highlights from the company at SIMA 2019.

Targeting the growing conservation agriculture sector but with the versatility for wider applications, the AUROCK is launched in a six-metre format and will be available from the summer of 2019. With either single or dual metering options, it offers great versatility such as dual cropping or sowing one row in two with independently managed sowing depths.

The AUROCK is an ISOBUS compatible machine, available with KUHN CCI 1200 or CCI 50 control terminals.

SPRAYING TECHNOLOGY FOR A PRECISION APPROACH

A range of new developments to enhance the accuracy and quality of agrochemical applications were featured by KUHN at SIMA 2019. Technology demonstrated on the METRIS 2 trailed sprayer included the company’s new AUTO-SPRAY facility; the new LEA 3 aluminium boom; and BOOM ASSIST EXTREME.

AUTO-SPRAY; a precision spray system with smart nozzle technology to allow spraying over a range of operating speeds simply by setting droplet size and dose.

LEA 3 aluminium boom; allows nozzle spacing to be set at 25cm or 50cm intervals, offering the option of applications closer to the crop canopy to minimise drift and increase accuracy.

BOOM ASSIST EXTREME; electronic boom management system to work in conjunction with other technologies to maximise accuracy of applications.

The ability to produce large square bales with up to 25% higher density than conventional big bales is increasingly valuable in the transport and storage of crop residues, whether used for feed, bedding or as a renewable energy source.

The LSB 1290iD is fully ISOBUS compatible with an intuitive user interface; it can be controlled from an ISOBUS terminal on the tractor or via KUHN’s CCI 1200 or CCI 50 terminals. 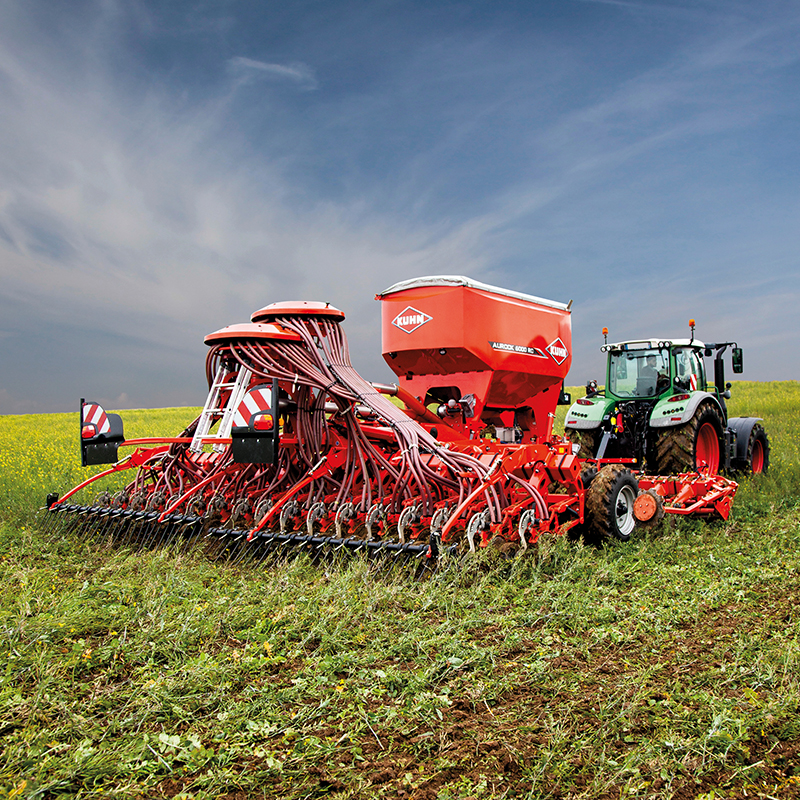 KUHN’s AUROCK triple disc drill will sow into a cover crop but is equally adept working in minimum tillage or direct drilling conditions. 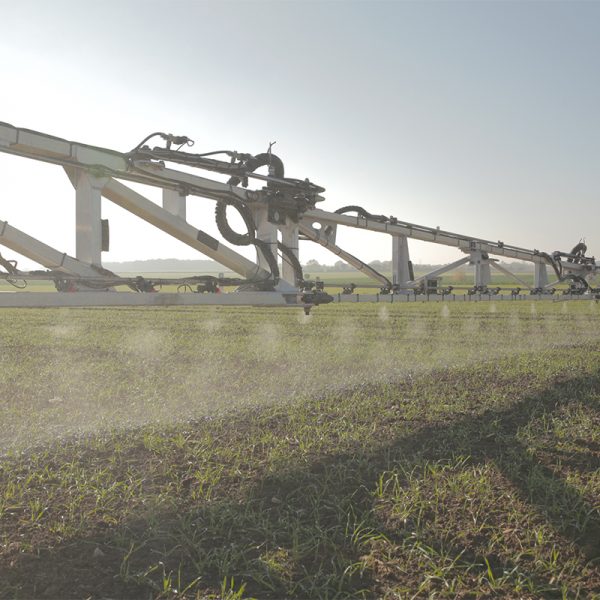 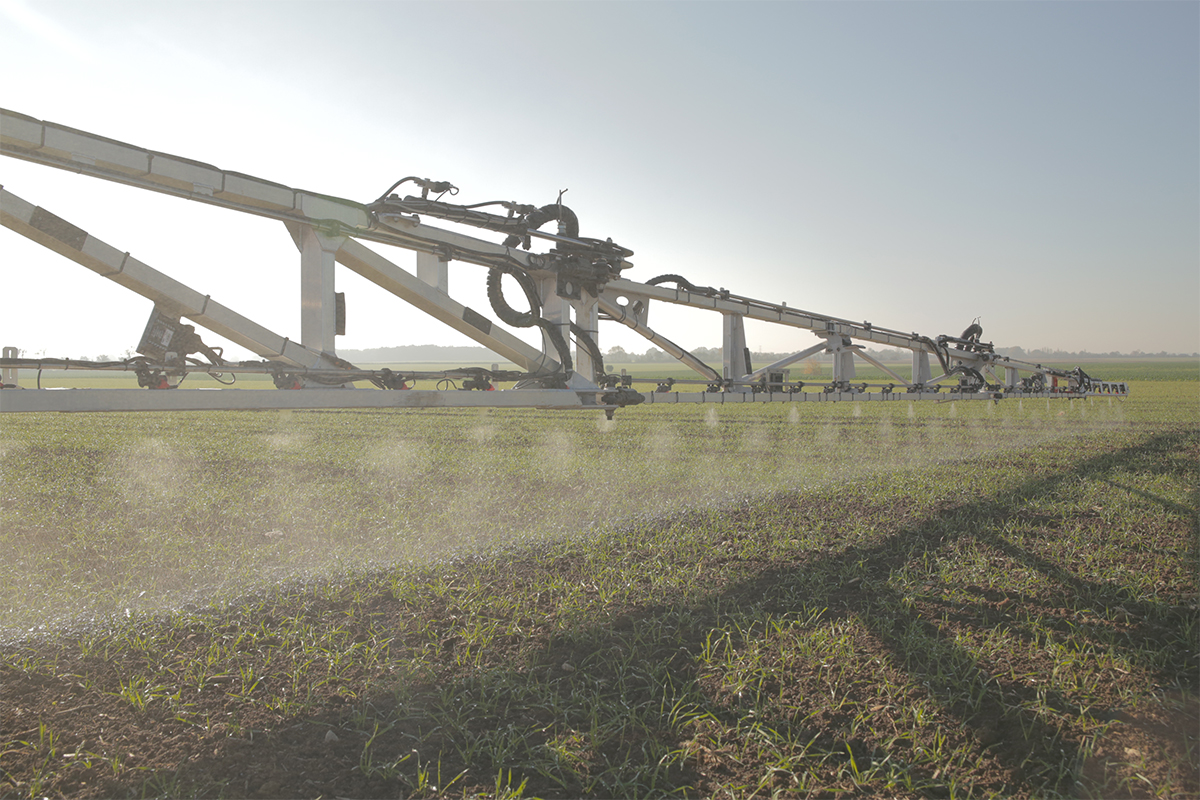 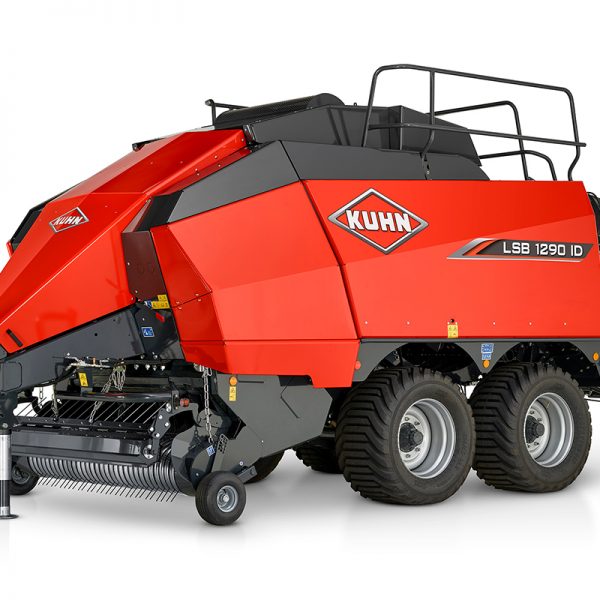 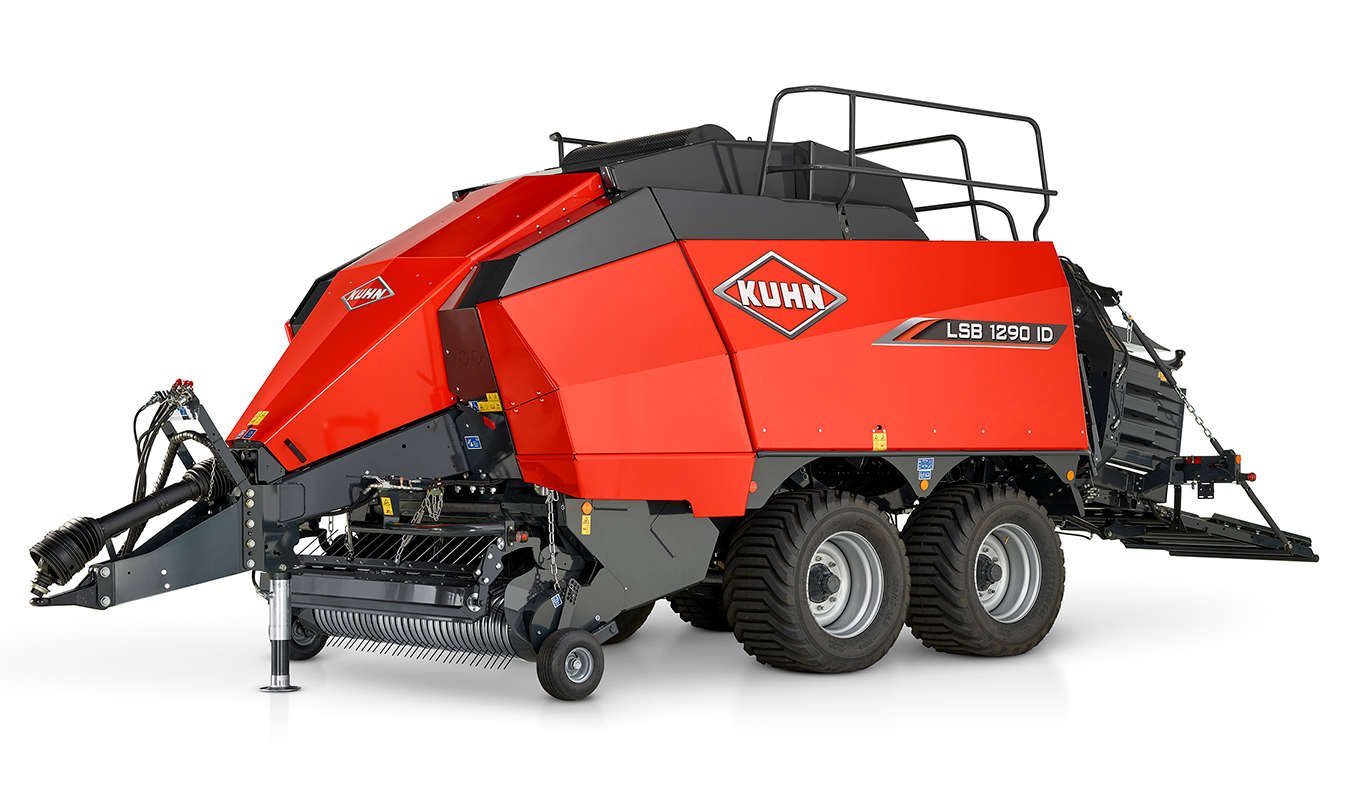 KUHN’s LSB 1290iD baler will produce bales of up to 25% higher density than conventional big balers.