KUHN Farm Machinery has extended its VENTA pneumatic seed drill range with the addition of 1010 series machines. In combination with KUHN’s HR power range, the drills are suited to working at varying seeding depths in a wide range of soil conditions.

Available in 3.0m, 3.5m and 4.0m working widths, this new series of drills has seeding units equipped with Suffolk coulters and adds to a current VENTA range that includes the 1020 series with double disc coulters and 1030 series machines with KUHN’s SEEDFLEX precision coulter bar.

Suffolk coulter seeding units on the 1010 series machines allow the optimum seeding depth to be maintained via an adjustable depth stop. Each seeding unit operates with 35kg of pressure.

As with all VENTA drills, machines have a volumetric fluted metering unit with large splines for larger seeds (wheat, barley, peas, beans, etc.) and small splines for smaller seeds such as rape and alfalfa.  Seeding rates can be set from the tractor cab at between 1 and 430 kg/ha.  A remote calibration “start button”, located close to the VENTA’s metering unit, makes calibrating the machine easy to achieve without the need to go back into the tractor cab to access the drill’s main control panel.

Operating in combination, tillage and seeding are carried out independently due to a roller frame design which effectively separates the two functions.  This patented design allows for a more compact unit and enables the two units to be uncoupled in less than 10 minutes.

VENTA 1010 series drills are available with 1,500 litre and 1,800 litre hopper capacities. LED lighting is fitted on the hopper’s metering unit as standard, allowing the possibility of night work. 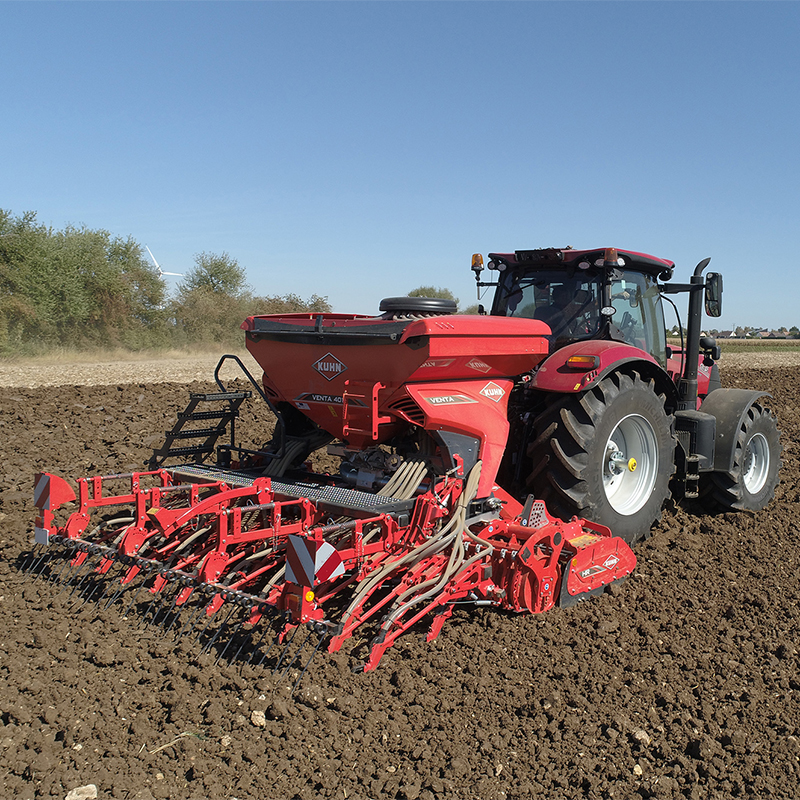