New features on the latest Espro minimum tillage seed drill and the versatile Prolander seedbed cultivator were included in KUHN’s demonstrations at the TILLAGE LIVE event in Down Ampney, Gloucestershire this month.

The Espro range, first launched in 2015, was represented at TILLAGE by the 6000R six-metre trailed model which included a number of newly available features. New full width front press wheels apply additional pressure to the soil to provide a more level surface and can be adjusted from inside the cab. Track eradicators have also been incorporated into the new press wheels to help alleviate soil compaction from the tractor tyres.

An additional seed hopper, the SH 1120, can be fitted to offer a second seed option or to distribute slug pellets or fertiliser. Full Vistaflow on the Espro offers universal tramlining to allow optimum drilling performance regardless of tramline rhythm compatibility. Using the CCI 800 or CCI 1200 terminal the operator can also take advantage of GPS tramlining.

Versatility and adaptability have been key factors in the success of KUHN’s Prolander seedbed cultivator since it’s UK launch in 2017. At TILLAGE LIVE, a six-metre trailed model was demonstrated to show its range of performance from shallow stubble cultivation to seedbed preparation.

The Prolander is designed with the frame-strength to work to a depth of 12cm but working depth can be adjusted on the move to effect shallow cultivations at as little as 3cm. An arrangement of five rows of vibrating S-tines is a unique format to KUHN, as is the staggered clearance with progressively increasing spacings, which aids trash flow through the machine. Tines can be fitted with 60mm shares for seedbed preparation or duck-foot shares for shallow cultivation.

Further versatility is provided by a choice of rollers, with the double-U being suited to stubble and general tillage work whilst the tube roller (with the option of levelling harrows) is ideal for fine tilth work on light soils for root crops.

In addition to versatility and adaptability, the Prolander has also been designed with efficiency in mind; it can work at speeds of up to 12km/hour and has a power requirement of just 25–35hp per metre of working width.

New for 2022 will be the addition of harder wearing carbide tips and strengthened tines which reduce vibration to offer greater control and accuracy. 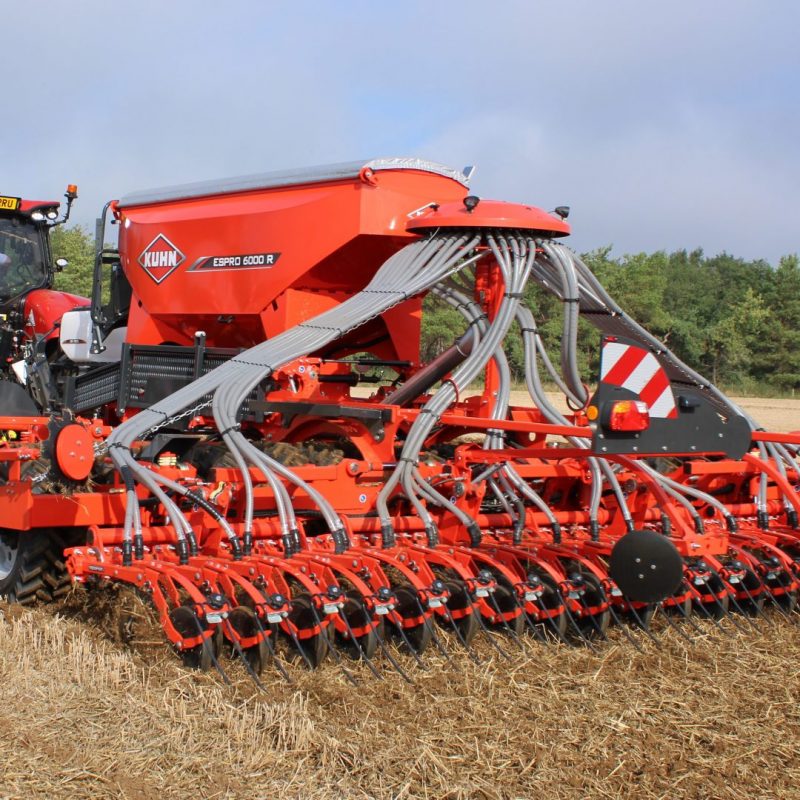 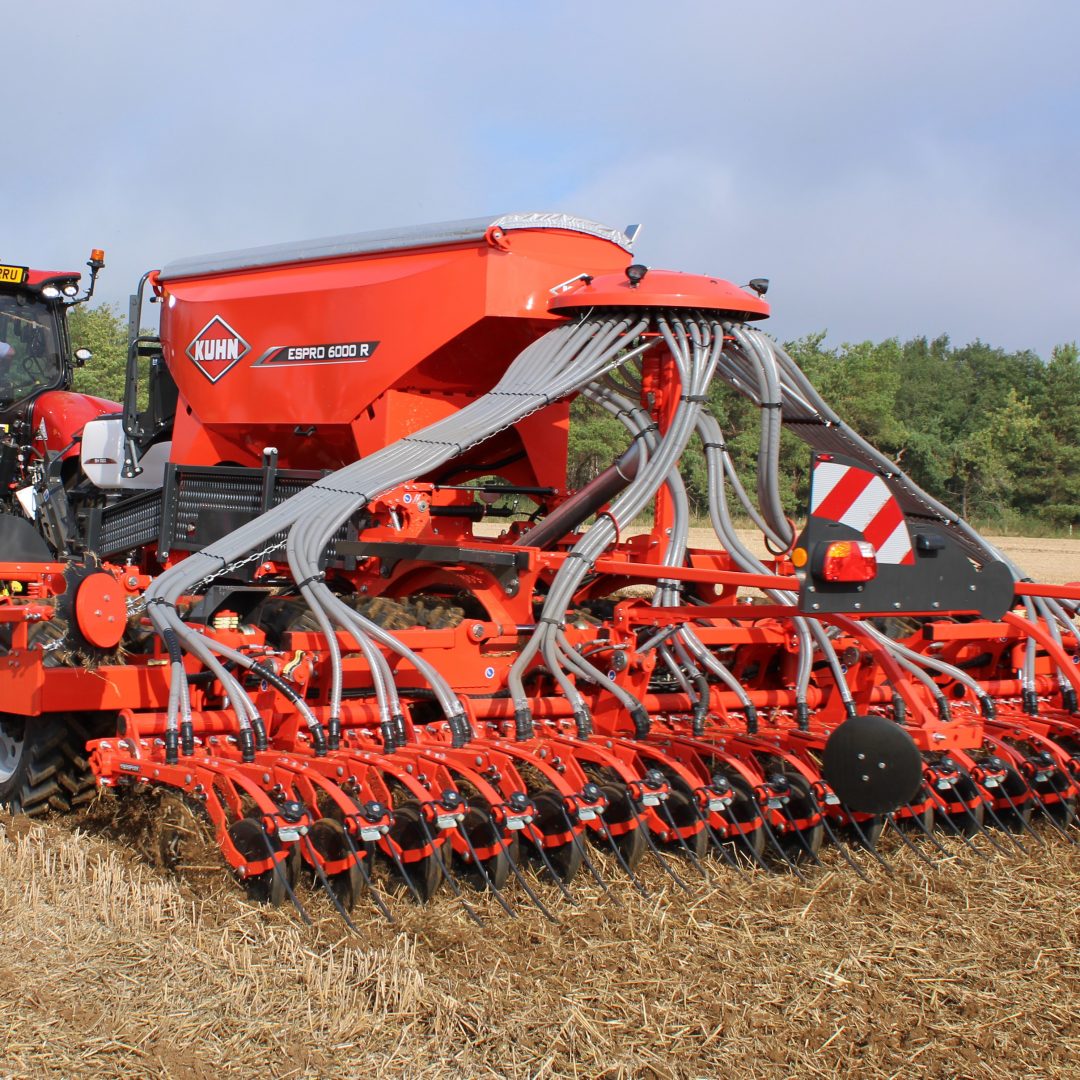 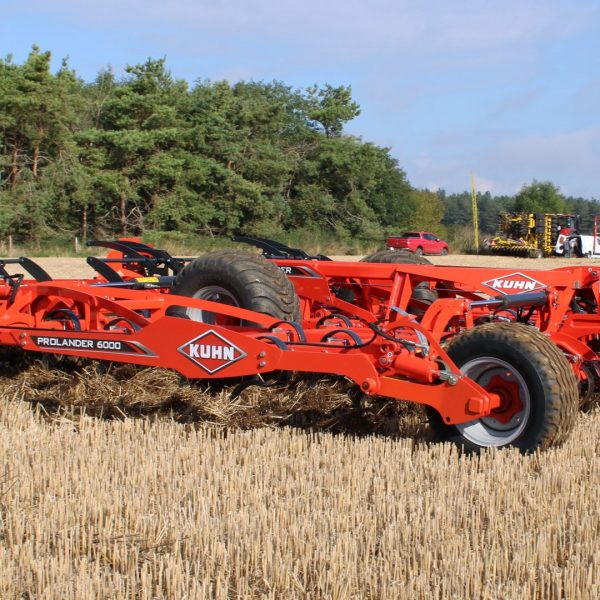 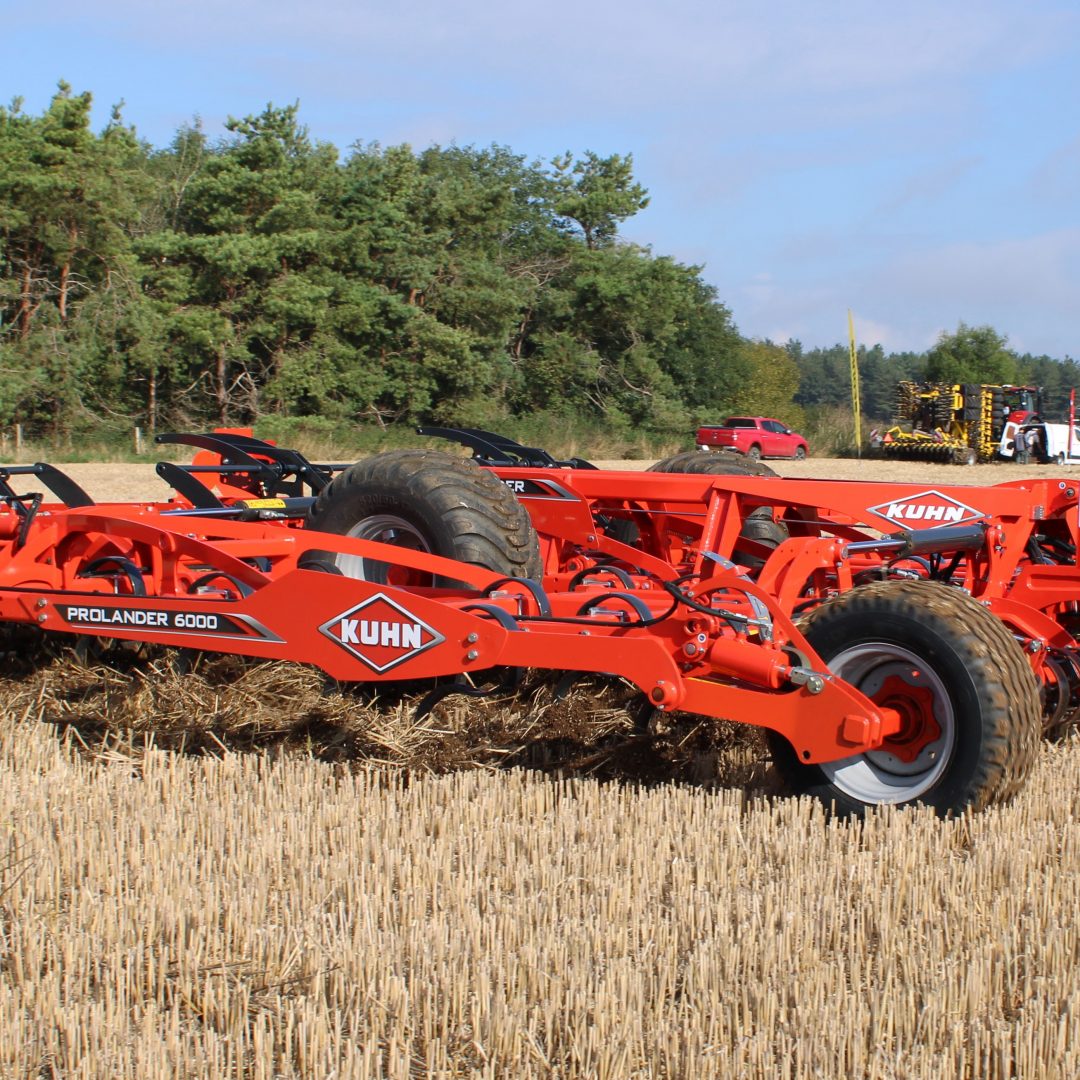 The 6 metre Prolander seedbed cultivator offers a choice of rollers and can work at speeds of up to 12km/hour.