Live demonstrations of KUHN Farm Machinery’s patented film binding system will be a feature at Royal Welsh Grassland, providing opportunities for farmers to see the award-winning technology in action.

Winner of the silver award in the Livestock Innovation category at LAMMA 2019, this system uses wrap instead of net binding, thereby improving bale conservation quality whilst simultaneously reducing the burden of recycling.

The film binding system will be demonstrated on KUHN’s FBP 3135 BalePack round baler-wrapper combination, which also uses KUHN’s IntelliWrap system which enables the operator to wrap the bale with 4, 5, 6, 7, 8 or 9 layers of film as appropriate, and includes the option of 3D wrapping. The FBP can also be used with conventional net binding: switching between film and net binding is quick and simple as the two systems are separate, with enough space available to carry film and net rolls at the same time, therefore making it easy to switch from one system to the other for different crops or between different fields.

KUHN Farm Machinery will also be demonstrating its RW 1810 high capacity round bale wrapper, with the option of 3D wrapping, at Royal Welsh Grassland.

With a 30% faster cycle time compared to earlier models, plus features which include KUHN’s Autoload capability, IntelliWrap system and optional 3D wrapping, this machine can wrap up to 100 bales per hour with six layers of film on a 1.25m bale.

Two high speed satellite wrapping arms rotate at up to 40 rpm during wrapping (when driving at 5 km/hr or faster) and apply 70% pre-stretch to the film as standard to produce a tightly bound bale.  The amount of pre-stretch can also be reduced to 60% where necessary and the wrapper can be set to automatically stop or operate at half speed if one of the film rolls tears or runs out.

KUHN’s Autoload facility enables the new machine to quickly, gently and automatically load, wrap and unload round bales of up to 1,400kg in weight and up to 160cm in diameter without any operator input and without the need for the tractor and baler to come to a standstill.  This not only increases overall capacity, but also reduces fuel consumption and prevents operator fatigue.

The RW 1810 is an inline baler wrapper so can be operated behind a tractor or directly behind a baler.

Film application is controlled by KUHN’s IntelliWrap system which allows the operator to select even and odd numbers of film layers to be applied by adjusting the film overlap to match crop quality and storage periods.

KUHN’s 3D wrapping system, which uses pivoting pre-stretchers, is available as an option: this system packs a tighter bale by removing more air and ensures the edges of the bale are better protected by creating a 20cm overlap across this vulnerable zone.  It also prevents rigid grass stems from puncturing the first layers of film by applying the film in the same direction that the bale is turning on the wrapping table.

The FBP BalePack with film binding and RW 1810 with 3D wrapping will be in action at the Royal Welsh Grassland Event alongside a wide variety of KUHN mowers, mower conditioners, tedders, rakes and balers. 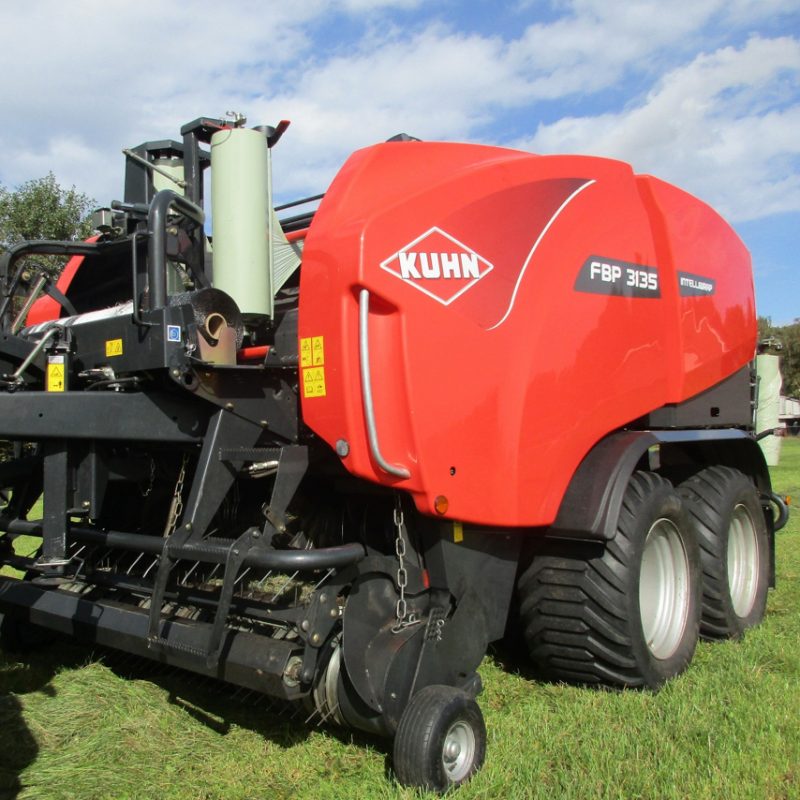 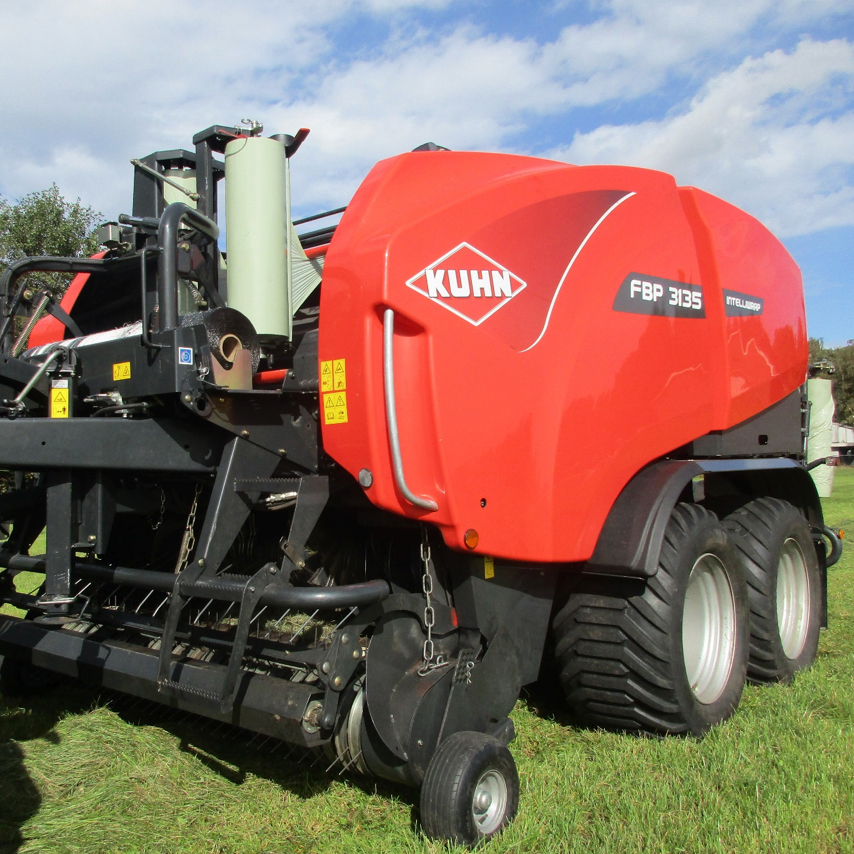 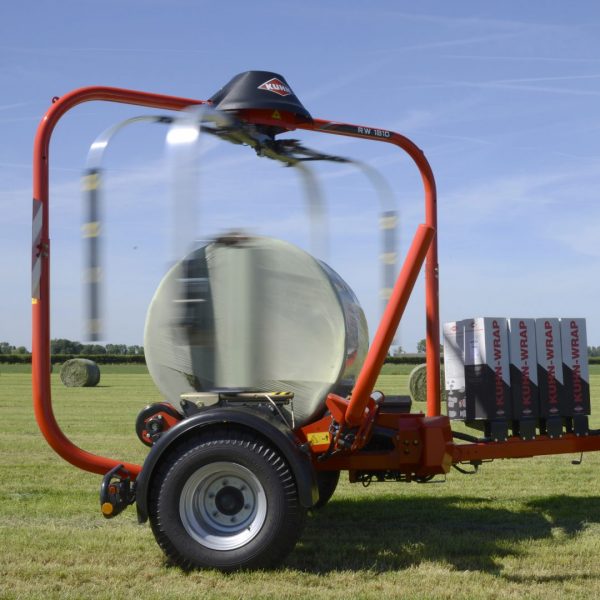 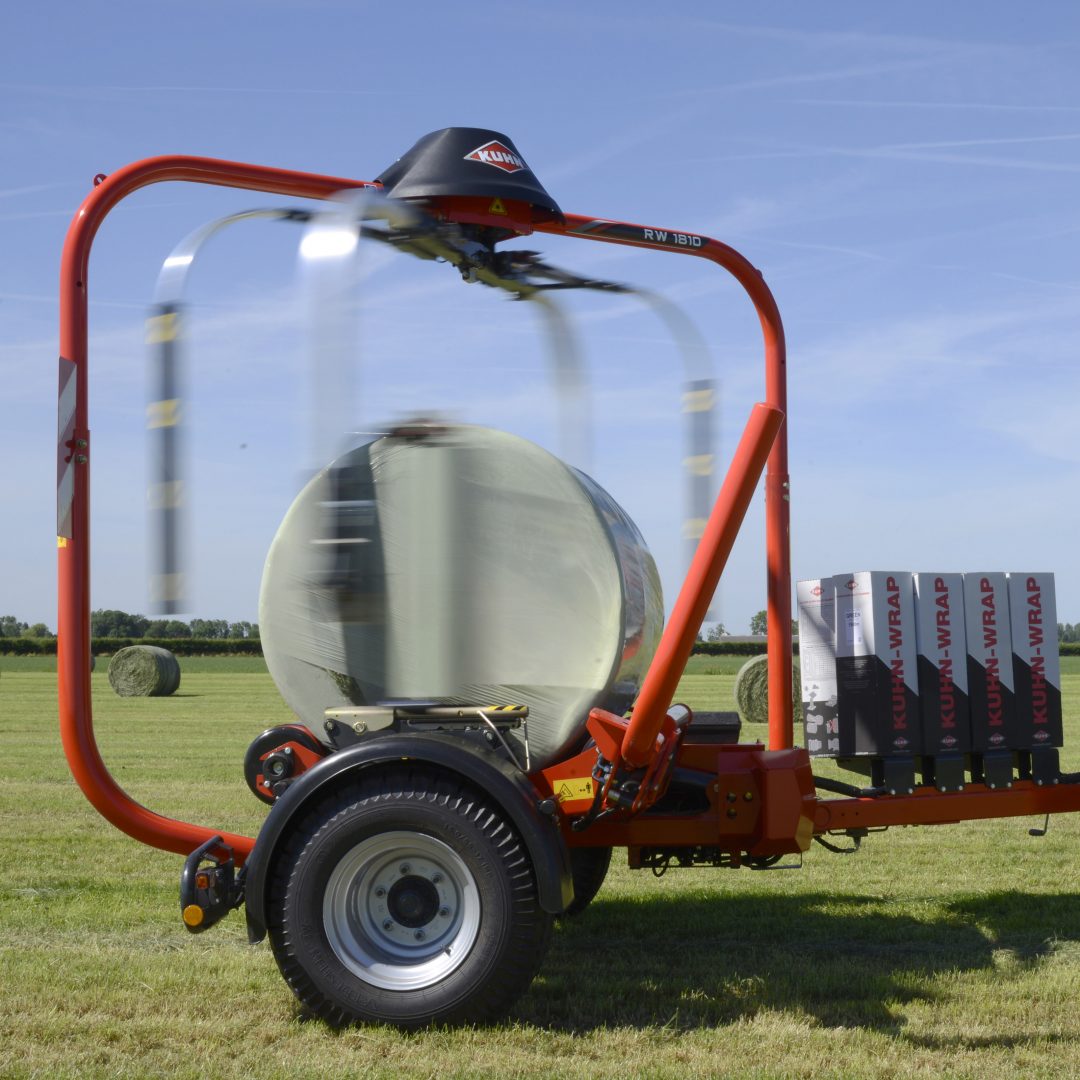