Herbicide reboot may be needed if spraying with hard water

Farmers destroying weed-infested stubbles or old grassland prior to planting spring crops, including maize, may need to boost the performance of glyphosate if farming in hard water areas following the ban on tallow amine formulations of the treatment, says Hall Charlton of leading agronomy firm, ProCam.

According to agronomist Mr Charlton, crop destruction before planting performs several important functions – including controlling weeds and removing the “green bridge” of living plants that can carry diseases and pests from one crop to the next.

However, the withdrawal of ethoxylated tallow amine from glyphosate formulations – previously included as a leaf wetting agent to enhance activity – could see reduced performance with some treatments this year, he suggests.

If hard water is used for spraying, this could also further compromise the level of herbicide performance, he adds, unless steps are taken to regain it

“Hard water, whether from the mains or a borehole, is a key factor that can hold back glyphosate performance,” says Mr Charlton. “The calcium in hard water binds to some of the glyphosate, rendering it less active.

“You should know if you have hard water. But even so, it could be worth getting water tested. If hard water is a concern, it may be worth adding a water conditioner to the spray tank. These treatments effectively mop up the calcium so it can’t bind to the glyphosate so that more of it is biologically available.”

That said, there are various types of water conditioners available, says Mr Charlton, so it’s worth checking you are using the correct type. Some also include buffering agents to adjust the pH of the spray liquid in favour of improved uptake by the leaf, he notes. 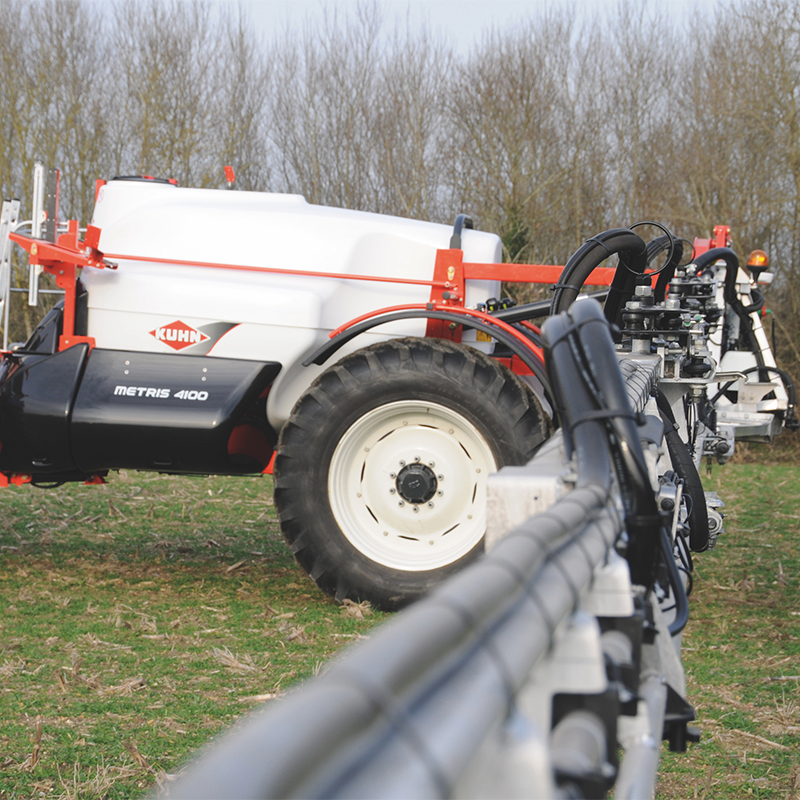 Using hard water for spraying can compromise the performance of some herbicides, says Hall Charlton of ProCam