Grassland and straw harvesting machinery from KUHN that was due to be showcased at cancelled events across the country includes a combination of new launches alongside first demonstrations of technology launched at indoor conventions over the winter.

Targeted at both livestock farmers and contractors, this mower conditioner is suitable for use in combination with a front mounted unit and includes several technological advantages common to KUHN’s more advanced models. Features include the exclusive Lift-Control suspension system, non-stop safety breakaway, the maintenance-free OptiDisc cutter bar and the Fast-Fit quick release blade system.

The conditioning unit on the FC 3115 D is a heavy duty pivoting steel finger system that is adaptable for all crop types and situations. Conditioning intensity is easily adjustable by switching between two rotor speeds and/or setting the conditioning hood in one of five positions.

The combination of the i-DENSE system with the established technology of the VB range ensures fast and consistent bale formation in the widest range of conditions, for silage or straw.

VB 7100 series balers have the capability to eject a bale and close the tailgate in just four seconds, maximising operational efficiency.

The torque regulation system monitors pressure on the driveline, including the crank angle position sensor and plunger rod load pins. Picking up different pressures in the plunger cycle, the operator is guided to feed extra material into one side of the machine to achieve higher bale weights that lead to increased handling and transport efficiencies.

KUHN’s Merge Maxx 950 belt merger was a star performer at the major 2019 demonstrations events and was to return in 2020 by popular demand.

Aimed at large-scale grassland farms and contractors, this revolutionary machine uses two adjustable, variable width and bi-directional merger belts to give a maximum grass pick-up width of 9.50 metres in a single pass.

Live demonstrations of KUHN’s patented film binding system were due to continue across the country over the summer months, providing many opportunities for farmers to see the award-winning technology in action.

Winner of a silver award in the Livestock Innovation category at LAMMA, this system uses wrap instead of net binding, thereby improving bale conservation quality whilst simultaneously reducing the burden of recycling. 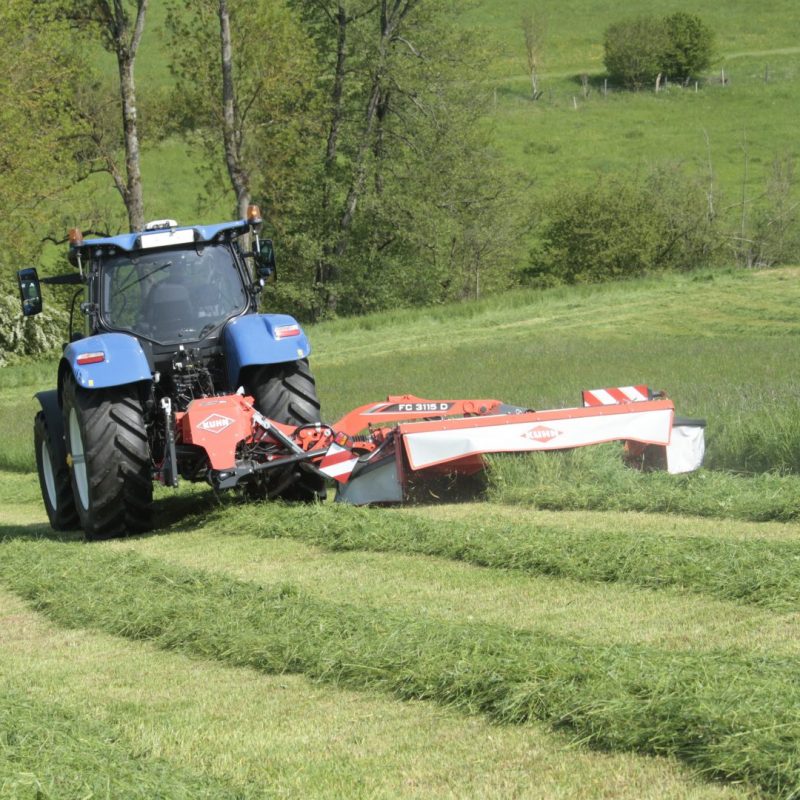 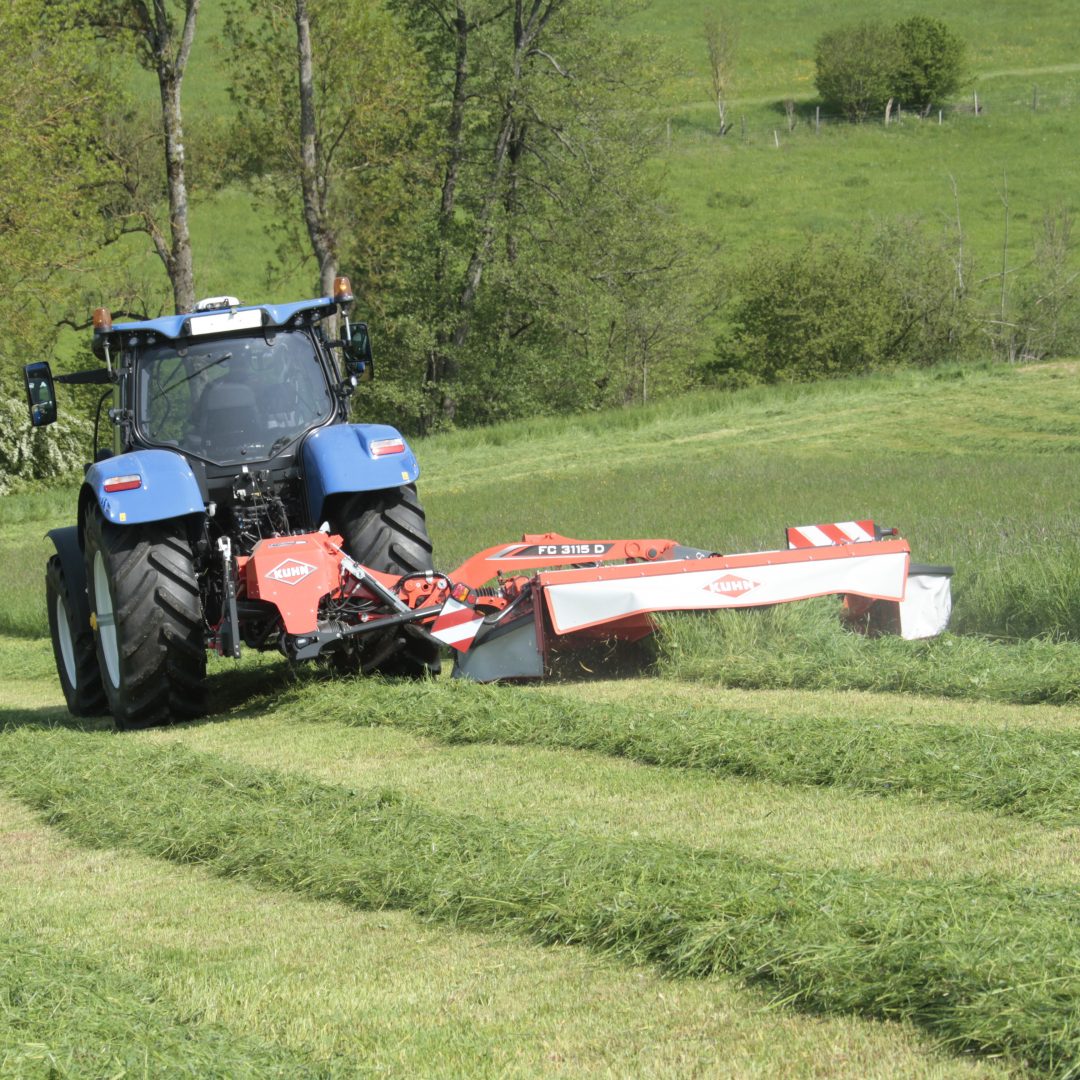 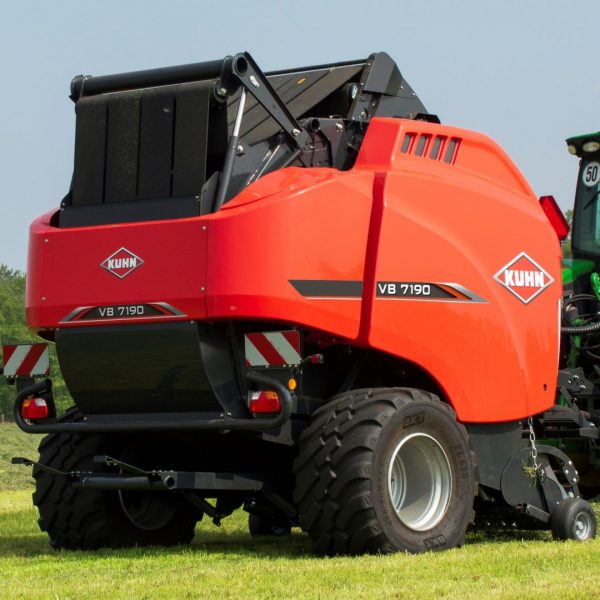 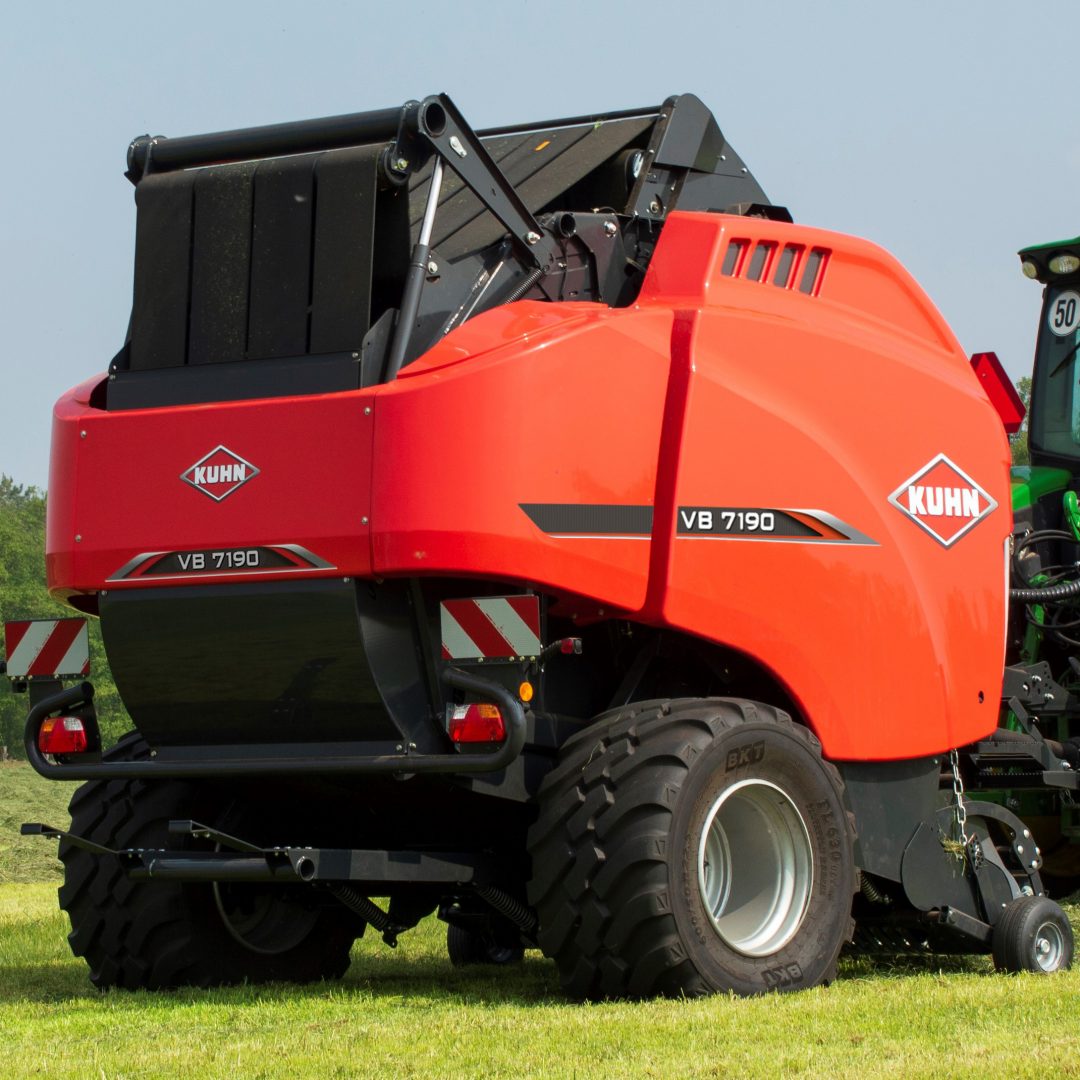 KUHN’s new VB 7190 variable chamber baler is one of the machines qualifying for a new 4 year 0% finance scheme that will run to the end of 2021. 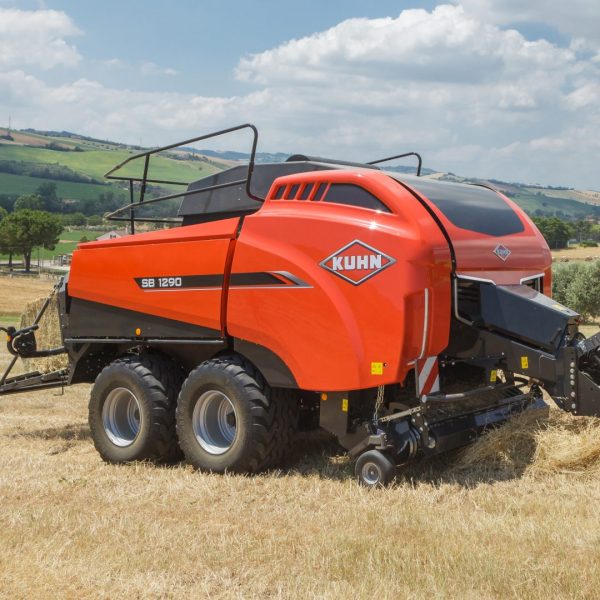 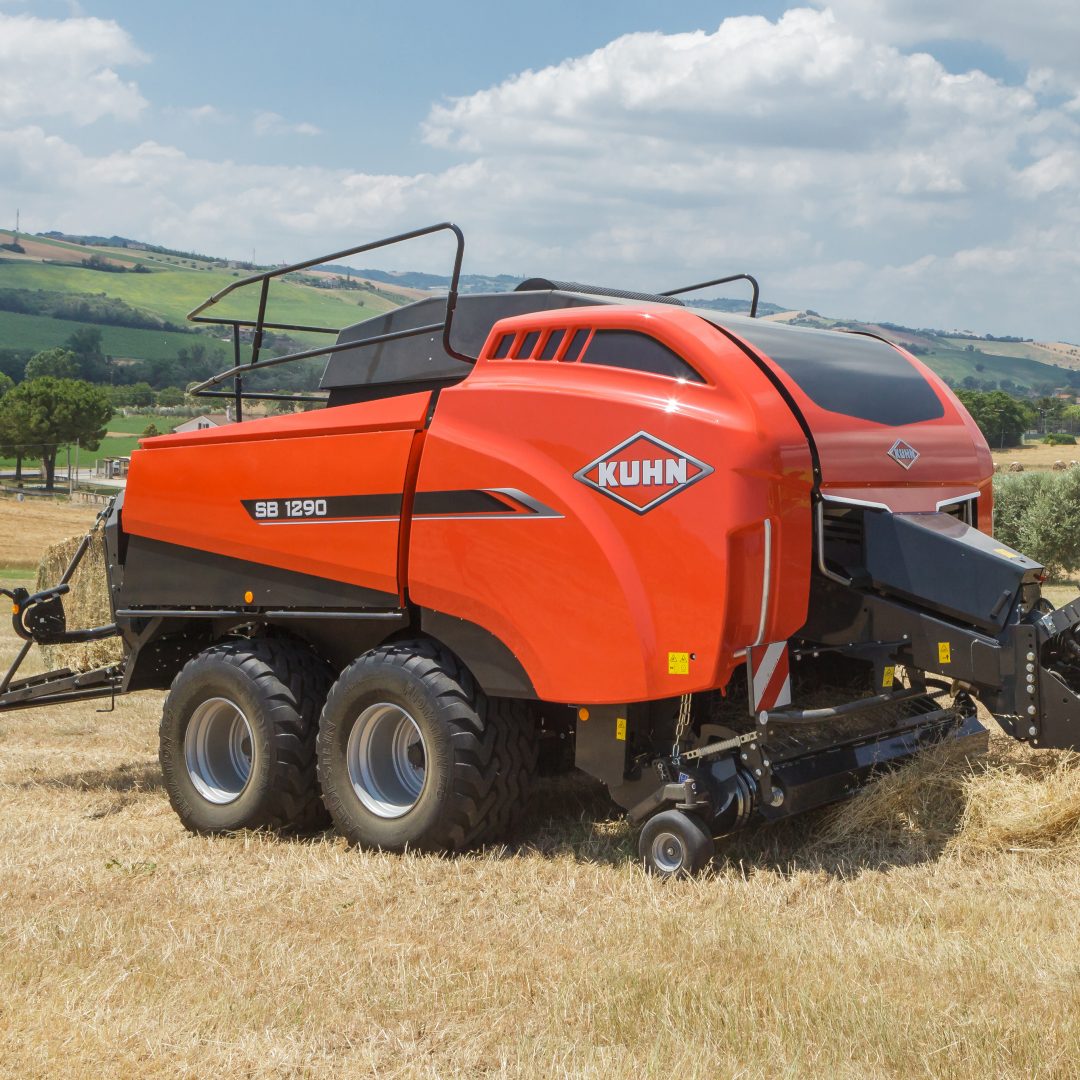 KUHN’s SB large square balers have been developed to enable more even crop flow at the intake and greater consistency in bale density. 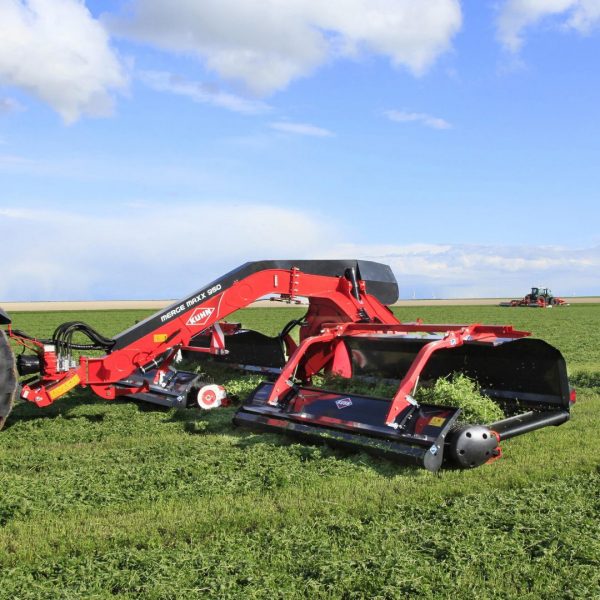 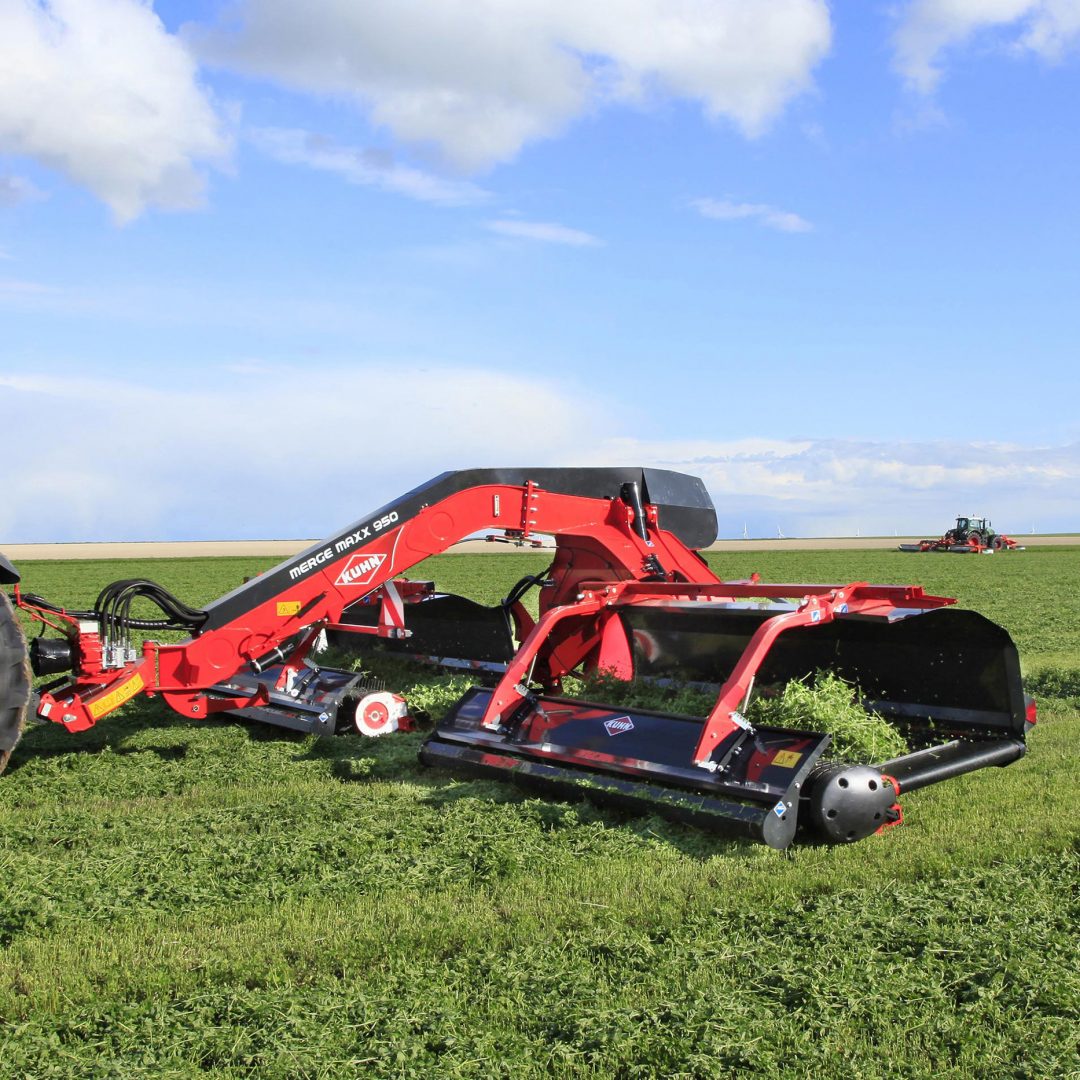 KUHN’s Merge Maxx 950, which offers an efficient solution to swath formation with less risk of soil contamination in the crop, 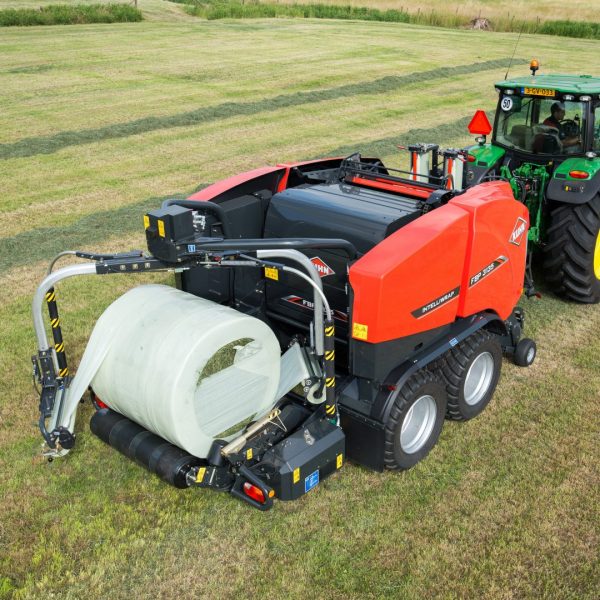 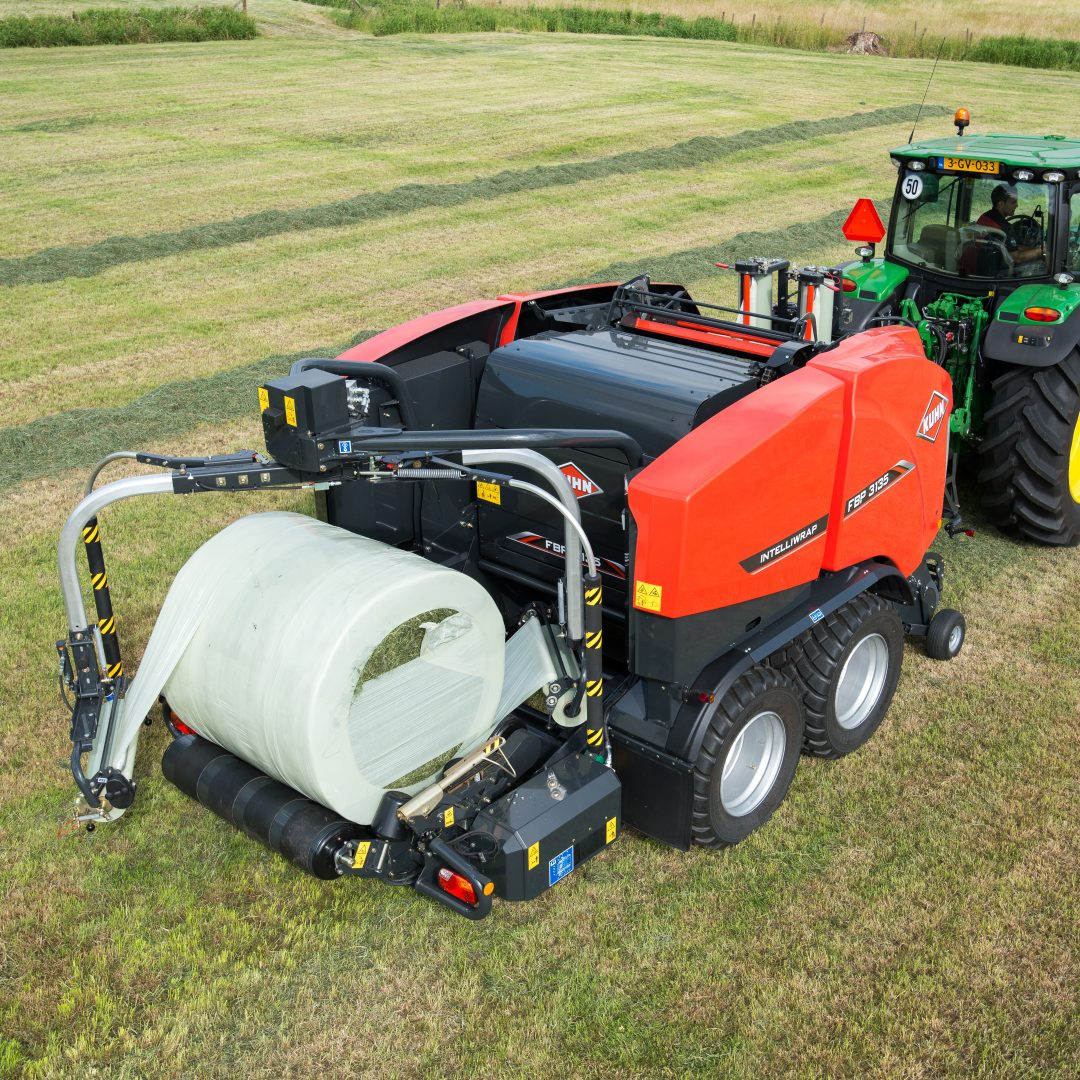