DON’T BE PUT OFF MAIZE BY THIS HARVEST

Don’t be put off growing forage maize in future on the basis of this year’s washout harvest.

The combination of the wet autumn after a kind growing season has meant it has been very easy to get caught out this harvest, says Volac business manager, Ken Stroud.

The key will be to learn from this for next season’s maize crops, he says, and to salvage whatever is possible from maize that is still in the ground.

“Ever since mid-September, heavy rain has all but halted maize harvest on lots of farms,” says Mr Stroud.

“The kind growing season meant many crops were forward and had already reached the optimum harvest stage of around 30% dry matter by this time. But modern varieties often stay green. So it’s very easy to think they’re not ready.

“I guess if there is a lesson from this year, it’s to check crops for maturity even more regularly than we think we need to. Calendar date can be misleading,” he adds.

Where maize is still to be harvested, Mr Stroud suggests preserving the best of what’s available based on the following steps:

Rather than trying to cut the crop as low as possible, consider cutting it just below the cob, Mr Stroud suggests. The cob is the most nutritious part anyway, he says, and by cutting higher it minimises the transfer of moulds and soil into the clamp, both of which interfere with preservation and are likely to be more prevalent towards the stem base. Sharp blades and a decent corn cracker to break up kernels well enough for digestion will also be important, he notes.

With maize now likely to be drier and at greater risk of mould growth, the case for treating it with a proven additive – with the aim of improving the preservation and minimising losses from heating caused by yeast and mould growth in the presence of air – is even greater, Mr Stroud points out.

Although consolidation will be more difficult in drier, more fibrous crops, you still need to exclude as much air from clamps as possible, says Mr Stroud. “Avoid long chop lengths, fill clamps in horizontal layers no more than six inches deep, and roll constantly,” he urges. “The higher the maize dry matter, the more weight that’s needed to consolidate it. Also, ensure clamps are lined with side sheets. Many farms still don’t do this, but concrete walls are porous to oxygen. Finally, seal the clamp with an oxygen barrier film and a polythene top sheet and add plenty of weight.” 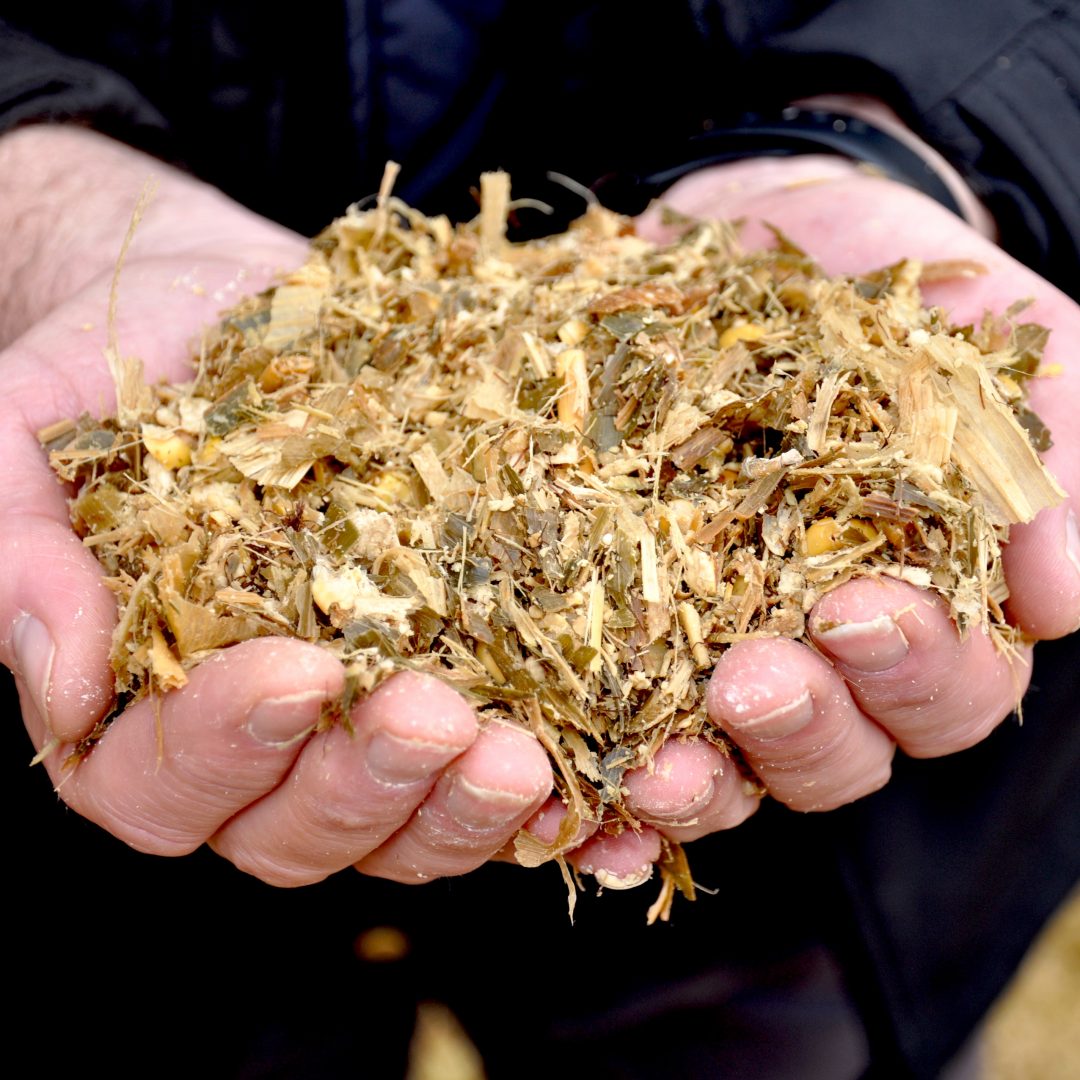 Don’t be put off maize, says Ken Stroud of Volac, it remains a high value forage