Farmers forced into delaying slurry applications to grassland by the wet winter must take steps to protect against heightened risks from slurry bacteria contaminating silage clamps, in order to ensure an efficient fermentation, a livestock specialist is warning.

According to Ken Stroud of Volac, many farmers have only recently managed to apply slurry, after previously being unable to travel with application machinery on waterlogged land.

But with first-cut grass silage made in April and May, he says that leaves little chance for the recommended 10 weeks to elapse between slurry application and mowing, which is needed to allow time for slurry bacteria to die off and dissipate. This will put silage at greater risk of losses from contamination with slurry bacteria, he notes.

“Slurry bacteria, such as enterobacteria, will impair the fermentation process that ‘pickles’ grass into silage, in order to preserve it,” says Mr Stroud. “So it will be vital to mitigate against these in whatever ways are possible.”

In response, Mr Stroud suggests three key steps to minimise risks from slurry bacteria – aimed at both reducing the number that get into the clamp in the first place, and then curbing their growth once ensiled:

Since slurry is more likely to accumulate towards the base of grass swards, Mr Stroud says tedders and rakes should be set sufficiently high to avoid flicking up dried slurry from the stubble back into grass that has been cut.

Wilting rapidly limits the time available for slurry bacteria to ‘multiply up’ on the sugars in freshly-cut grass before ensiling, says Mr Stroud. Higher dry matters of around 30% help, he says, because wetter silages require more acid to be produced during fermentation to stabilise them. This takes time, during which undesirable bacteria continue to grow.

“To speed up wilting and make it easier to reach higher dry matters, spread grass promptly after cutting,” Mr Stroud urges. “Grass loses up to five times more moisture in the first six hours after cutting than later on.”

Speeding up the fermentation with a proven additive will produce a rapid pH fall to quickly inhibit undesirable bacteria in the clamp, says Mr Stroud.

Indeed, new Volac research has shown that undesirable enterobacteria numbers were between 100 and 100,000 times lower following a rapid fermentation in silage treated with the additive Ecosyl. By comparison, the pH of untreated silage never dropped to that in treated silage, even 90 days after ensiling. The average dry matter loss in the treated silages was also halved.

“A quality additive offers benefits in good silage-making conditions, but in seasons like this, the need for one is even greater,” he adds.

In fields where slurry is yet to be applied, Mr Stroud suggests it should be applied in light applications to minimise the number of slurry bacteria on the grass. This is especially important with dense swards, he says, since these shelter slurry bacteria from the effects of drying out, UV rays and frosts that would otherwise help to kill them off.

“Although the 10-week interval recommended for slurry bacteria to dissipate before cutting can be reduced if slurry was injected into the soil to keep it off the leaves, in reality many farmers are bound by the machinery that their contractor uses,” he adds. 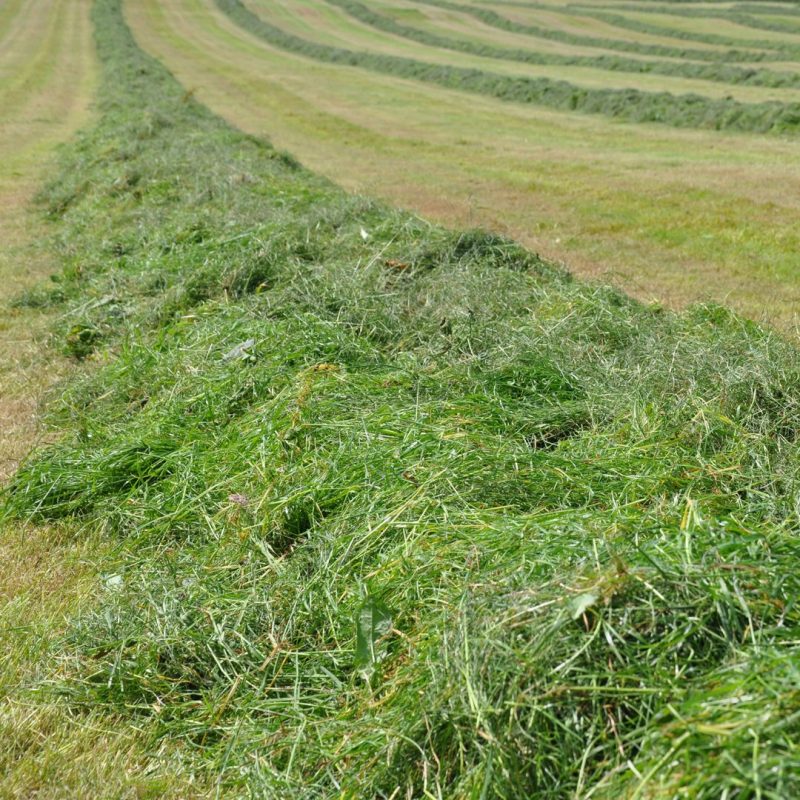 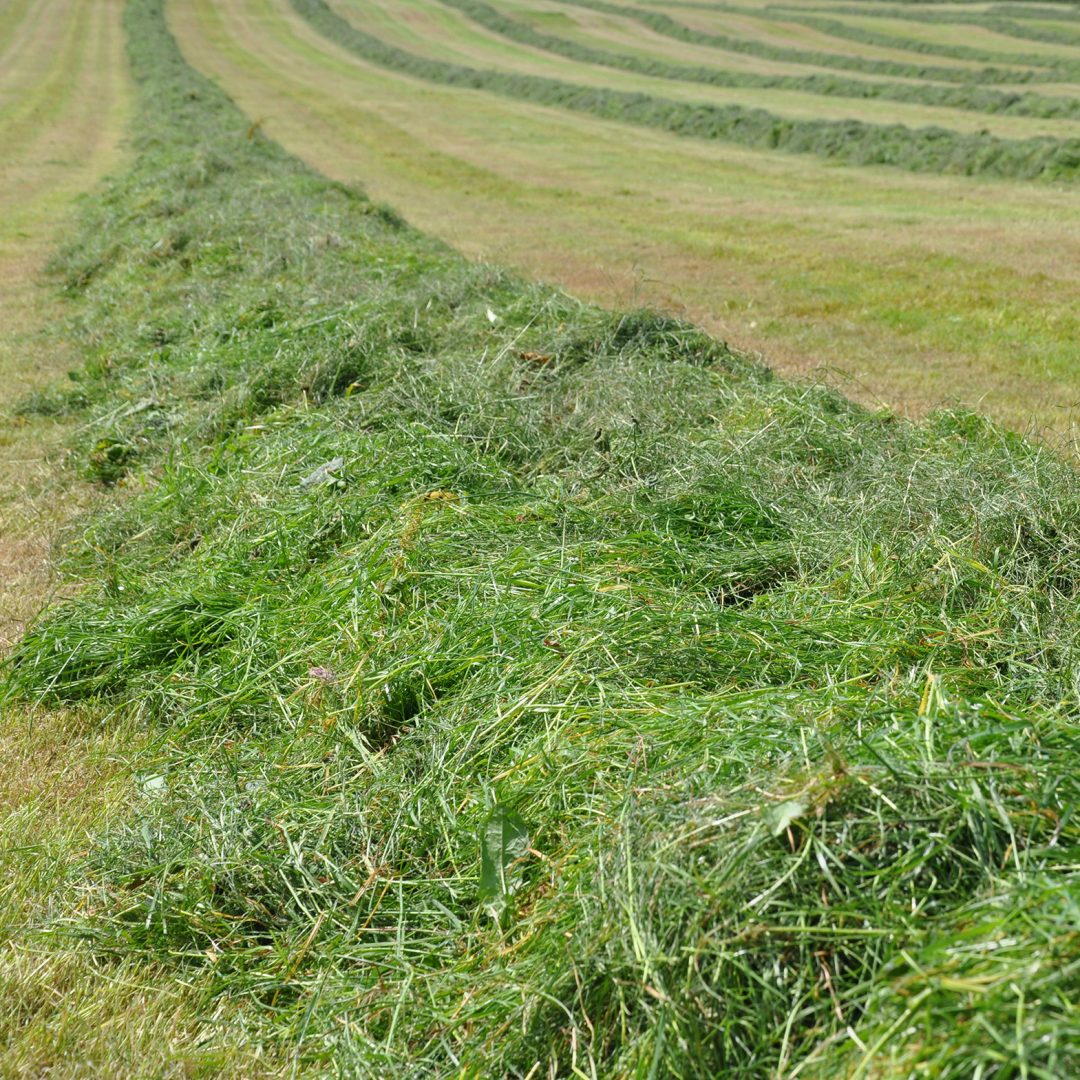 As one of the cheapest feed sources, good silage is likely to be pivotal to farming profitably, says Ken Stroud 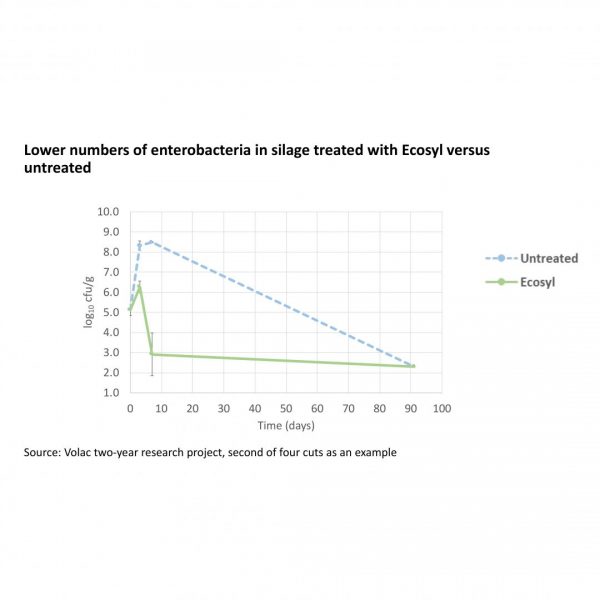 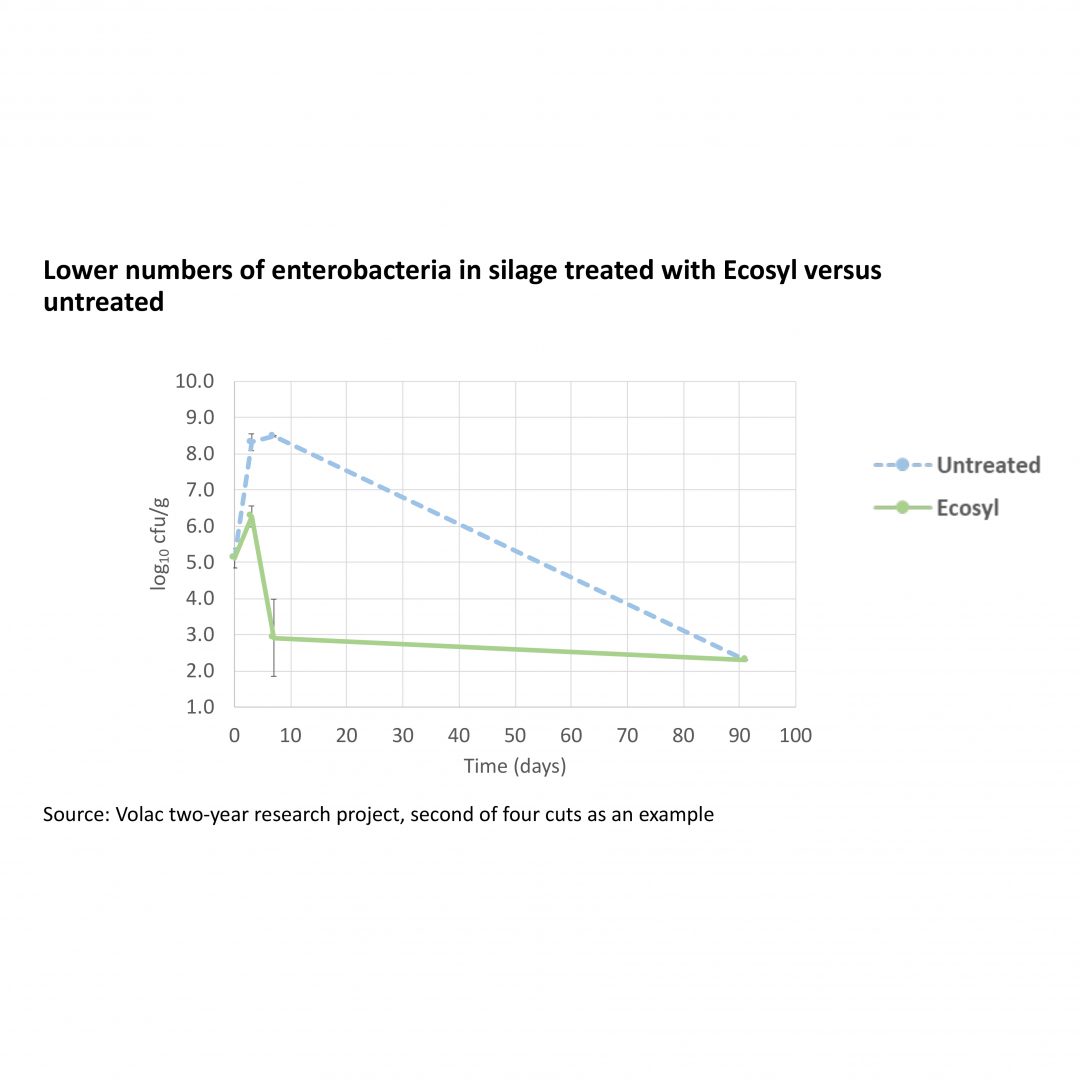