Feed, especially during the wintertime, is the biggest cost of production for cow-calf operations. Therefore, we often see the cull cow market dive at this time of the year as producers haul open cows to the sale barn rather than feeding them for another year without a return. Historically, we see cull cow prices hold value from February to August, and then drop from October through December.

As cows are brought in from summer pastures and we enter the peak of the culling period, there’s still a window of time for southern and more mild regions to extend their grazing season to avoid the sale barn glut.

Dr. Rocky Lemus, a forage specialist with Mississippi State University Extension Service, is one of the leading experts in extending grazing seasons for beef farms in the south where feed costs typically make up 50-60 percent of the cost of production. Below, he shares his insight into grazing platforms specifically developed to help producers take advantage of unsaturated market conditions.

Tools to extending the grazing season

For fall planting, a mixture of cool-season grasses, including annual ryegrass and small grains, with legumes will provide high quality, non-bloating biomass through the following spring. However, varieties and species must be selected on the grazing platform’s unique environment since air and soil temperature, soil type and moisture availability are going to determine which tools are best for an individual system.

For best germination and plant development, Dr. Lemus says planting should take place when soil temperatures are between 50°F and 65°F, which usually occur when daytime air temperatures are between 60°F and 75°F. Plant too early in summer conditions and plants may go dormant or die to exposure to fungal diseases – plant too late and they may have inconsistent germination and poor root development.

When selecting the best small grain pasture grass to include in the mixture, there are four main options for producers to choose from. Key traits are listed in an index from MSU in order of least desirable to most: Poor, Fair, Good, Very Good, Excellent.

The most winter-hardy option with the good grazing potential that starts in early fall and extends throughout the winter.

Least winter-hardy option, with the most tolerance to wet soils. Early growth is high in protein and easily digestible.

A cross between wheat and rye that retains the palatability of wheat and vigor of rye. However, it is not very cold tolerant, and seed can be difficult to obtain.

Dependable and adapted to a range of climates. Is very grazing tolerant and provides high quality forage.

To get more bang for your buck in forage yield and quality increases, incorporating nitrogen-fixing and later maturing annual legumes such as balansa or berseem clovers will increase protein levels and biomass potential in the spring.

In 2018, Dr. Lemus measured forage biomass of oat, Lonestar annual ryegrass and wheat pastures which were broadcasted with FIXatioN balansa clover at a rate of 10 pounds per acre for two grazing periods of March 10 to April 9 and April 30 to May 17.

According to Dr. Lemus, the biomass increase seen across all the cool-season grass systems was due to the later maturity of FIXatioN balansa clover, which provided a high quantity of forage into mid-May after the cool season grasses began to decline. Another good late-maturing option is Frosty berseem clover, which has similar physical and feeding characteristics of alfalfa, but boasts significant cold tolerance. When selecting one of these clovers, balansa provides greater reseeding potential benefits over berseem clover.

With both varieties bred to fixing high amounts of nitrogen, nitrogen fertilizer application can be dialled back to 25 units per acre to get the cool season grass going before the clover starts producing in early spring.

Just as important, the inclusion of clover has also had a positive effect on cattle performance. In a 2019 trial, cattle grazing mixtures containing 10 pounds of FIXatioN balansa clover with 60 pounds of small grains or 25 pounds of ryegrass were compared against a cattle grazing a monoculture of ryegrass seeded at 30 pounds per acre that received nitrogen.

If broadcasting, seed rates should be at the higher end of the spectrum and can be spread with fertilizer, except for nitrogen. To increase germination, lightly disk soil beforehand.

When no-till drilling or planting into a prepared seedbed, seed rates can be dialled back. No-till drills should be set to plant about 1/4 to 1/8 of an inch deep for good seed to soil contact.

If anything, consider overseeding legumes

If colder days are quickly approaching and limiting the options you have for this year, at the very least, overseeding existing pastures with a legume is an effective and quick way to give forage production an extra kick come springtime.

With a little strategic planning and the use of species and varieties chosen based on unique environmental challenges, there’s huge potential to put more dollars in your pocket by having marketing flexibility. So, rather than your forages running dry and cows going to market at the same time as all of your neighbors, you can cost-effectively hold on to them until price conditions improve. 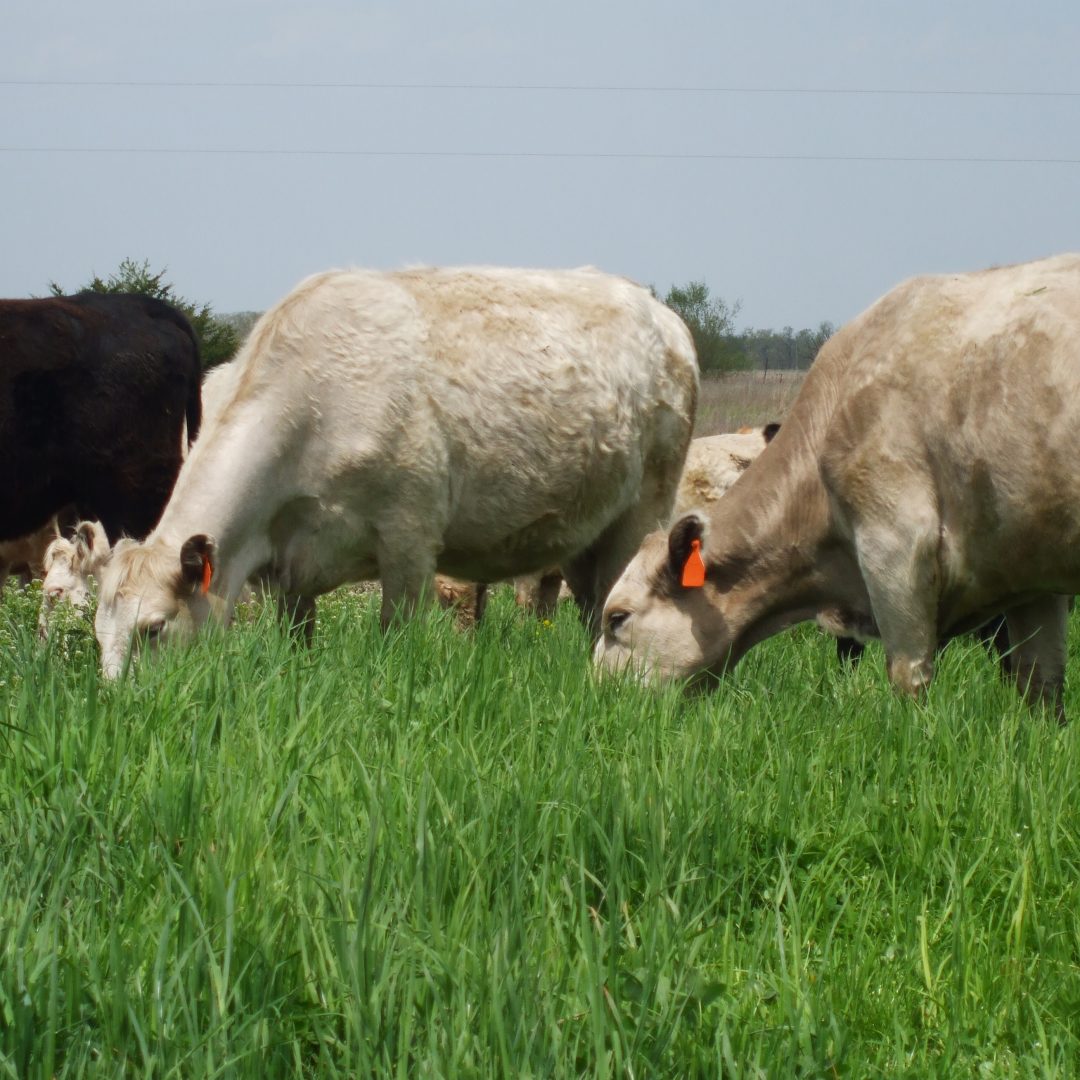 Livestock producers in southern and more mild regions of the US still have time to extend their grazing season. For fall planting, a mixture of cool-season grasses, including annual ryegrass and small grains, with legumes will provide high quality, non-bloating biomass through the following spring.