Through disrupted supply chains impacting beef prices and marketing opportunities to tight commodity supplies inflating the cost of feed, beef producers have had to navigate some extreme variables throughout the last year.

However, as profit margins continue to become ever slim it’s worth asking – how can producers take back more control?

According to Dr Lane, feeding tends to encompass 65-75 percent of the operation’s budget, making a resilient grazing system key for any cow-calf operation in the country.

“I’m talking about the entire budget,” he says. “Not just the out-of-pocket costs of storing and buying corn or minerals.”

Other costs directly related to feeding animals include details like buying or renting land, barns for storage, haying equipment and even hauling manure.

“If we can save 10 or 20 percent of the feed budget by taking advantage of grazed forage while still having healthy animals and maintaining performance, the cost of production is going to be much less expensive,” explains Dr Lane.

Typically operating as price-takers, slashing the feed bill without sacrificing performance enables beef producers to survive more difficult periods while walking away with more additional income with conditions are favorable – that, to Dr Lane, is what makes an operation resilient.

A powerful cost-saving tool when tightening the budget is extending the grazing season. Not only does this stretch out homegrown feed resources, but it reduces costs associated to machinery and labor by relying on livestock to harvest their own feed.

“Not grazing livestock enough and feeding too much hay or baleage are some of the most common things I see that are adding unnecessary cost to the feed budget,” explains Dr Lane. “If you can drop the number of days you feed animals, you save a lot of money. But in order to do that, you have to have forages at times of the year, even when it doesn’t grow well.”

This is where pasture management to extend the grazing system comes in. Essentially, it all comes down to the soil and growing forages that can maintain its fertility and absorbency, Dr Lane explains, as this will allow the overall pasture to remain greener and more prolific on both ends of the grazing season – even in times of dryness. This is particularly beneficial to mitigate what he calls the summer slump, when grass growth starts to slow down.

“In the eastern part of the country, we start to see main forages like Kentucky bluegrass and tall fescue slowdown in July and August,” he says. “By reducing that slump, you can get the grass growing better in various ways either changing the plant structure or changing the forage’s ability tendency to reduce the growth. These are all ways in which you are gaining more feed in the pasture at times when you previously didn’t have.”

While there is no cut and paste template that every operation can follow due to variables like unique environmental challenges, resources and business strategies, there are some points every producer should keep in mind when creating a more resilient grazing system.

According to Risa DeMasi, co-founder of GO Seed and beef rancher’s daughter, selecting the right forage species to obtain the desired grazing system is a bit like genetic selection to build the desired cattle herd.

“The principle of plant genetics and beef genetics are the same. Plant varieties can be bred for consistency of particular traits like cold tolerance, nitrogen fixation and the ability to survive in extreme wet or dry conditions – just like cattle can be bred for traits like calving ease or growth,” explains DeMasi. “These traits allow producers to select forages that will best perform in their environment while working to achieve their production goals.”

“Throughout the 72-day trial, adding the high performing balansa clover to a pasture of annual ryegrass resulted in cattle gaining an additional 11.52 pounds. While the ADG of cattle grazing the small grain mixtures were not as high, these findings show how valuable the inclusion of balansa clover to these types of grazing systems can be in improving animal performance,” explains DeMasi.

To find which forage tools are the best for a system, Dr Lane recommends outlining basic growth patterns specific to a region – for example, many parts of the country see a surge of growth in May, a drop off in the summer, and then another major growth surge in the late summer and early fall.

“You’re not going to change that completely,” he notes. “But what you can do is increase the amount of forage on the shoulders of all those hopes.”

Depending on the region, for fall planting, a mixture of cool-season grasses, such as annual ryegrass and small grains, and legumes can provide high quality, non-bloating biomass, adds DeMasi.

“Cereal rye is a good winter-hardy option, with grazing potential that starts early in the fall and extends throughout the winter, while oats tend to provide easily digestible forage that is high in protein at the early part of the grazing season,” she says. “To maximize biomass potential and increase protein levels further, consider incorporate later maturing, low bloat annual legumes like balansa or berseem clovers into your system.”

Soil type also needs to be factored in. As Dr Lane points out, drier soil types warm up faster in the spring compared to those that are heavy with clay. Fields that have these drier soil types have the advantage to plant forages that come up in the early spring. In this case, he recommends using forages that come up very quickly like annual ryegrass.

“That will give you forage before the rest of it really comes on,” he says. “So, you can add two to three weeks of grazing. That’s two or three weeks less hay you have to feed.”

This can also allow for stockpiling forages like tall fescue or brassicas, which can have standing forage well into the winter months.

A longer-lasting stand of forage can also empower beef producers to set more of their own standards when it comes to marketing animals, note both DeMasi and Dr Lane.

At periods where the sale prices are bad for cull animals, they can be held onto longer without incurring the additional feed expense. And for operations that are looking to finish animals on grass, extending the season may provide more flexibility at times of buying and selling.

“Beef operations are vulnerable to many varying factors that are out of control such as extreme weather conditions hurting feed availability to unfortunate circumstances disrupting the supply chain. This year has been no exception and challenged many operations in ways they’ve never been challenged before,” concludes Dr Lane. “By creating a more resilient grazing system to cut down on the greatest production cost in their budget, beef producers will be in a much stronger position going forward.” 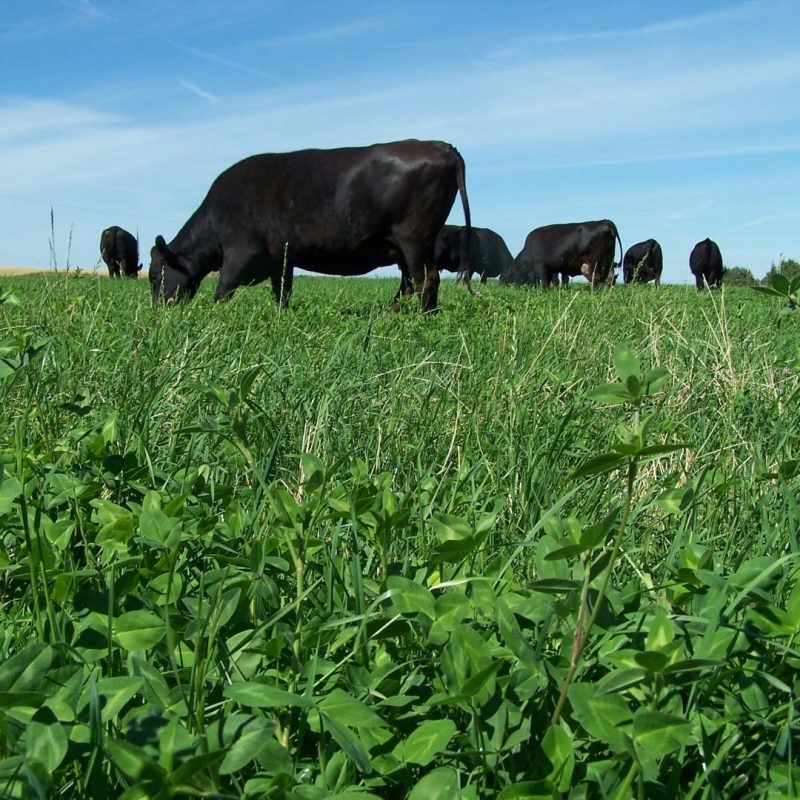 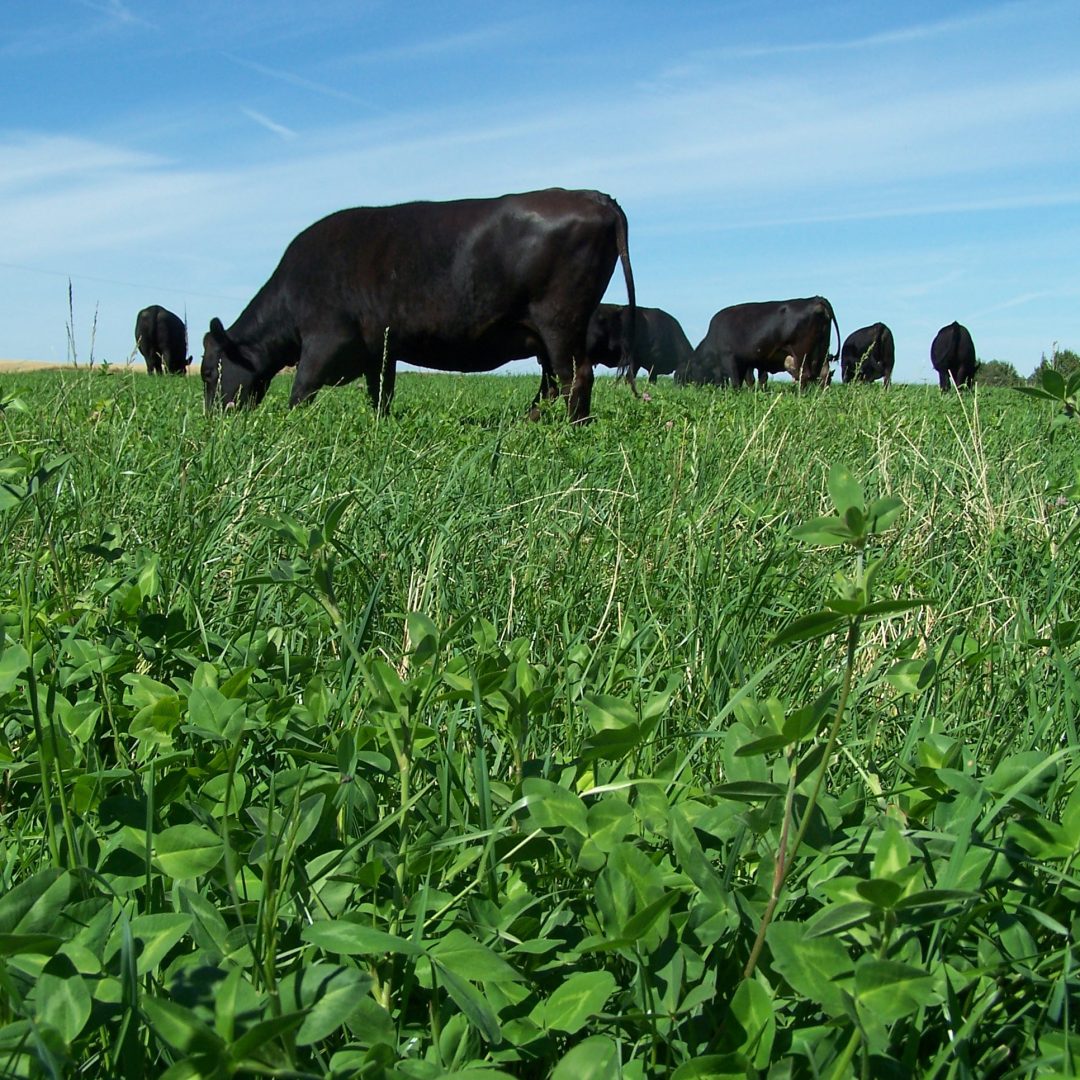