Benjamin Franklin was right on the money about all of us being able to count on death and taxes at some point in time, but he overlooked one other guarantee – drought. Even now, just a few months after certain parts of the country have seen waters recede following unprecedented flooding this spring, the United States Drought Monitor is showing areas of drought pop up in the Pacific Northwest, Corn Belt, Southeast and majority of Texas and Oklahoma.

Whether or not your farm or ranch is dealing with drought right now, it will be something you’ll have to take head-on in the future. So, how do cover crops fit into navigating periods of drought? I like to look at them as a combination of a bodybuilder, bodyguard and insurance agent all working around the clock to protect your most valuable assets – your soil.

Cover crops are going to bulk up your land above and below ground. Biomass, or your cover crop top growth, is going to add organic matter back into the soil as it decomposes. In a recent study by Clemson University, seven different cover crop mixture plots were compared with weed-free fallow and weedy fallow plots. Monthly biomass measurements were recorded, and biweekly soil measurements were taken in depths of 10, 20, 30, 40, 60 and 100 centimeters during the growing season and again one month after termination. Compared to the weed-free and weedy fallow plots, researchers found all seven cover crop treatments to retain more, or equal amounts of moisture – making it available for future growing seasons.

An increase of organic matter going back into the soil is also going to feed microbes, contributing to an increase in soil health and fertility. Depending on the type of species in your cover crop mix, your field may benefit from nutrient contributions as the cover crop decomposes.

In a trial conducted at the Ewing Demonstration Center in Illinois, FIXatioN Balansa clover had a green biomass yield of 96,154 pounds per acre. Once it began to decompose, FIXatioN Balansa clover added 269 pounds of nitrogen per acre over a period of six and a half months, improving the soil nitrogen contribution and soil ammonium ppm by 40 percent and 80 percent, respectively.

Unlike legumes, grass has a high carbon to nitrogen ratio – meaning it takes longer to decompose. When following corn with another grass, like cereal rye, the higher carbon to nitrogen ratio will tie up any fixed nitrogen during the following corn planting season. However, a side dressing of nitrogen at the time of planting will help speed up decomposition and give the corn a head start until the nitrogen becomes available later in the growing season.

In times of drought, cover crop biomass is the protective barrier between soil and Mother Nature. Research has found greater amounts of biomass at termination make the cover crop significantly more effective at weed suppression, blocking sunlight from reaching the soil to keep weeds from germinating.

Along with biomass, the extensive root structures of certain cover crop species will help hold soil into place to prevent wind erosion and eventually rain erosion. The same collaborative effort between roots and biomass will also reduce nutrient leaching by sequestrating things like nitrogen in the cover crop, making it available for future crops.

Most importantly, during times of drought, your cover crop is going to lock moisture into place by regulating soil temperature and protecting the surface area from evaporation, while increased soil organic matter improves water holding capacity.

Incorporating cover crops into your operation is an effective way to mitigate the impact of future dry periods. However, a good insurance policy is needed to ensure the best management practices are being made so your bodybuilder and bodyguard perform at their maximum potential.

This begins with identifying what your cover crop goals are, and then develop a game plan for how you will achieve them.

For example, if you want a cover crop that will perform consistently for particular traits, choose varieties that have been bred and tested to do so, rather than taking a chance on variety not stated seed. Or, if drought conditions are developing, order seed ahead of time and have it stored in the barn ready to go. So, when a timely rain is in the forecast, you’re ready to get into the field and cover your assets.

If you have any questions about which cover crop options will work best for your geography and unique challenges, give Grassland Oregon a call at 503-566 9900. 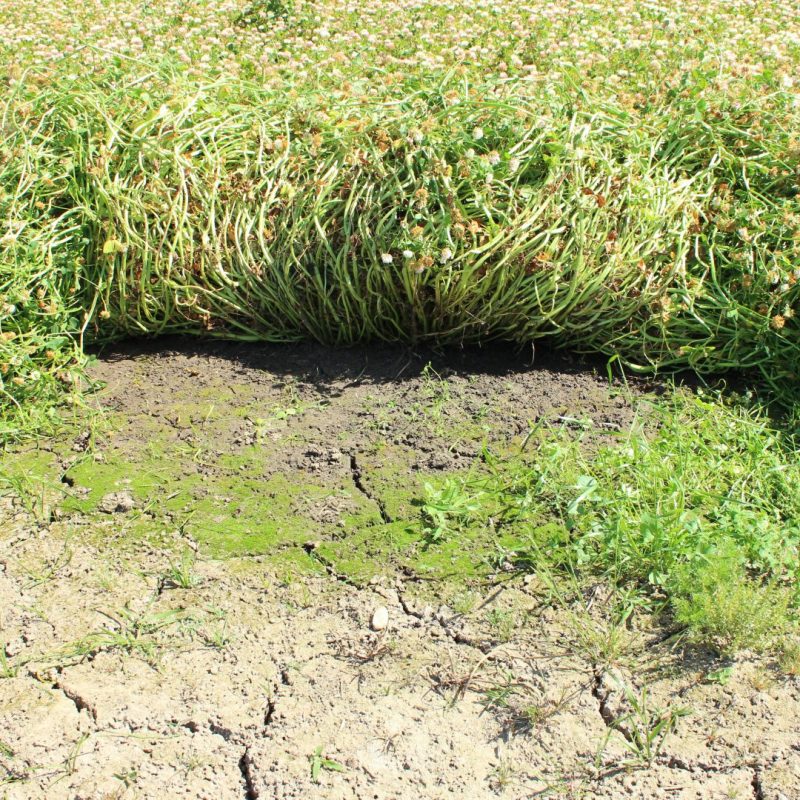 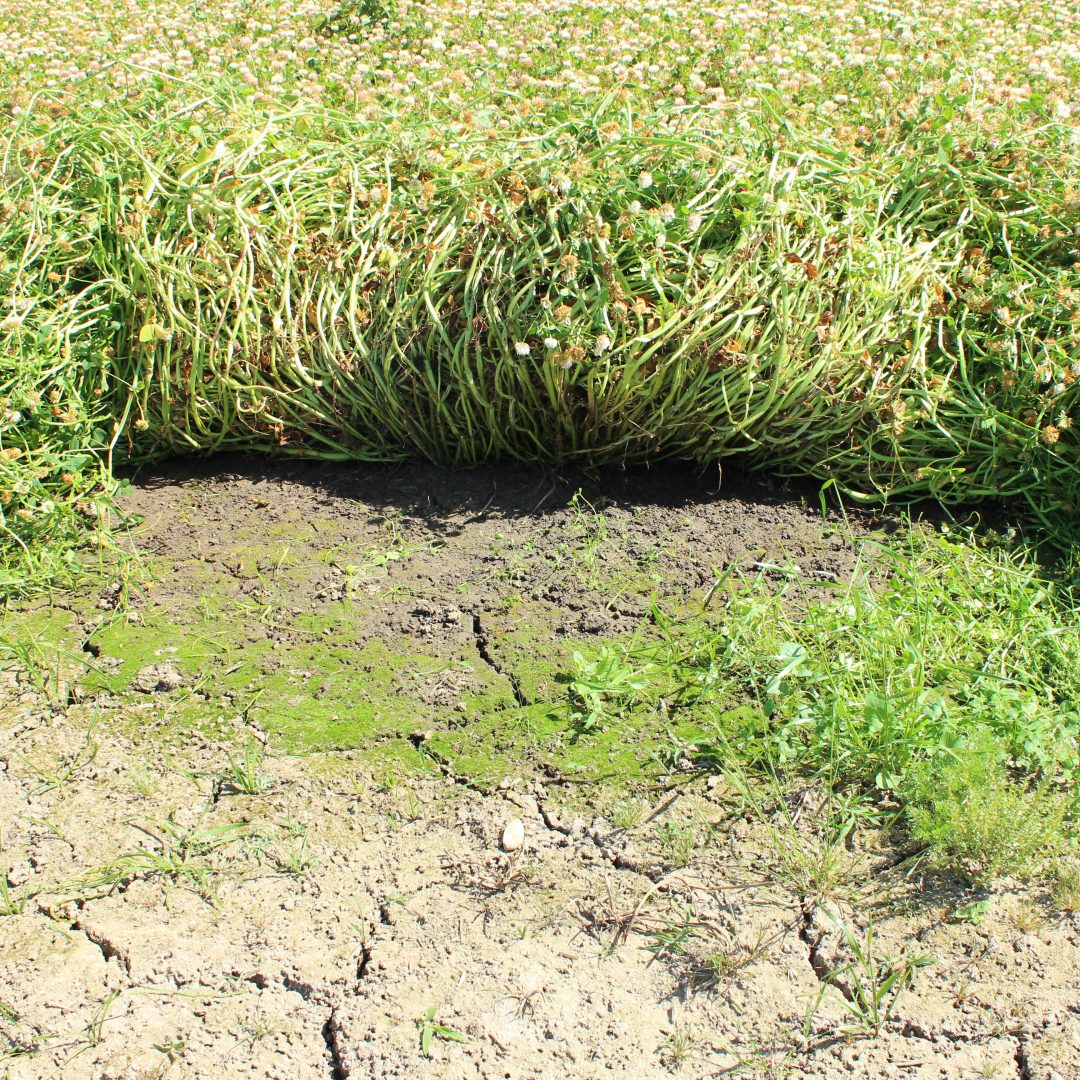 Cover crop biomass locks in moisture and regulates soil temperature during drought. In a trial conducted at the Ewing Demonstration Center in Illinois, FIXatioN Balansa clover had a green biomass yield of 96,154 pounds per acre. 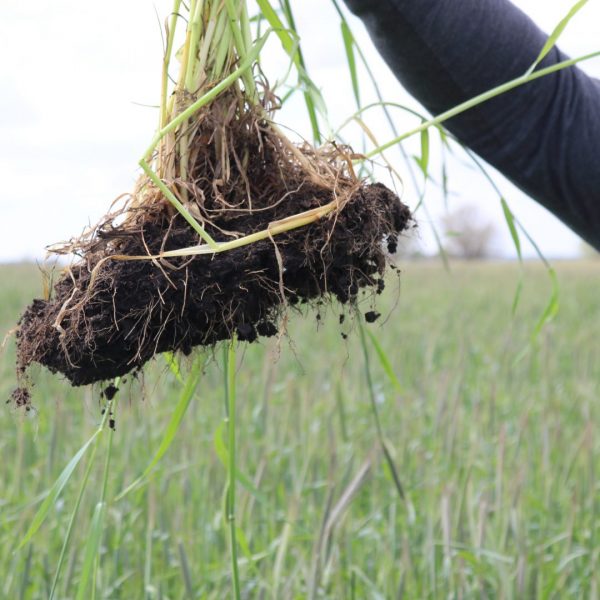 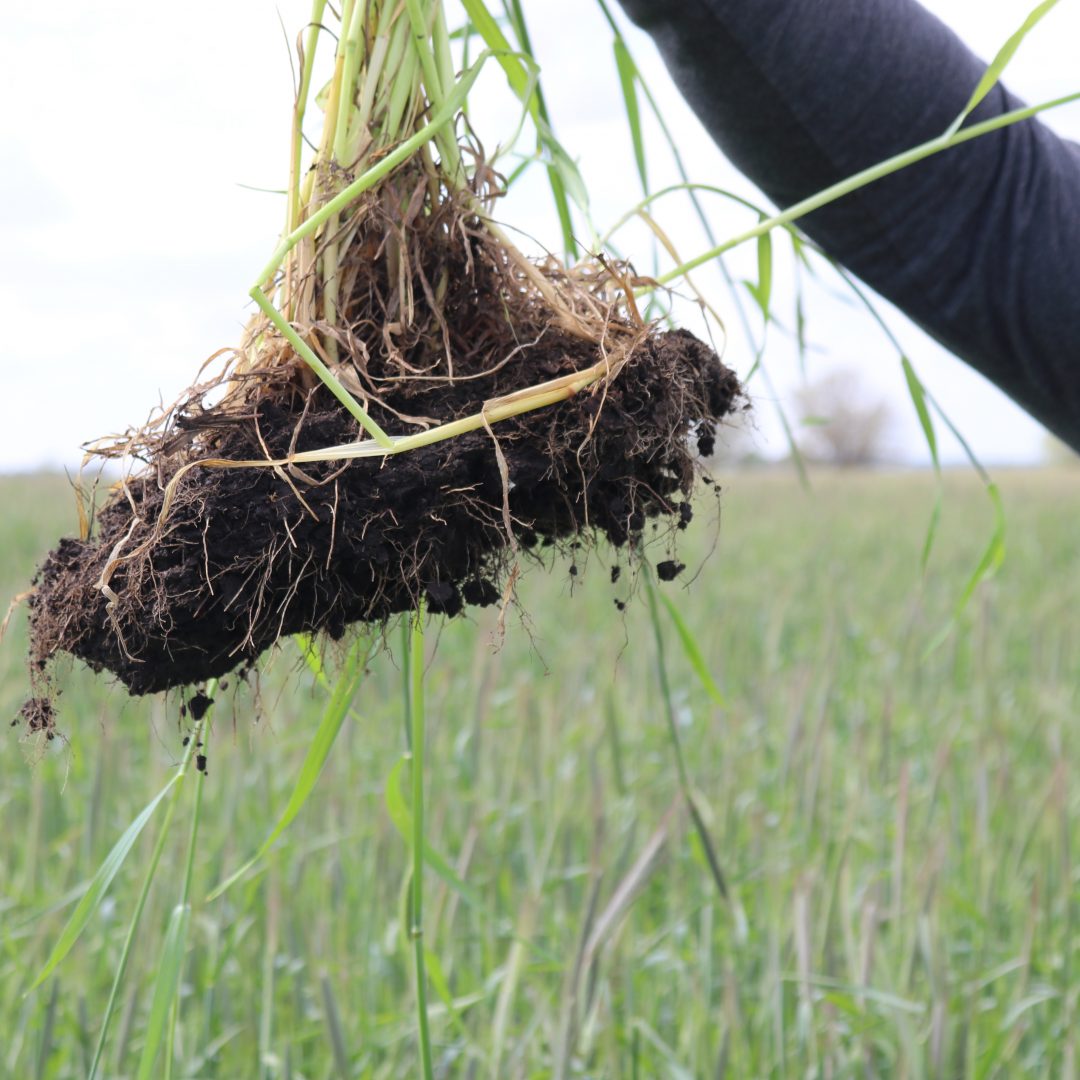 Species like cereal rye, that have a high carbon to nitrogen ratio, will tie up fixed nitrogen during the beginning of subsequent planting season, becoming available later on in the growing season as it decomposes. 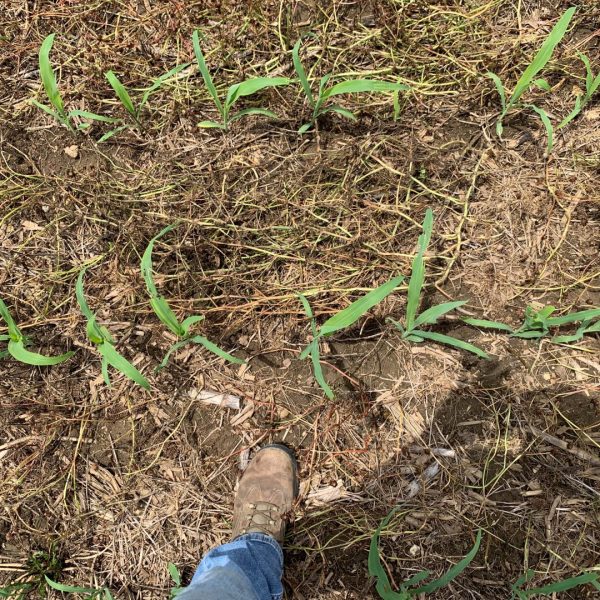 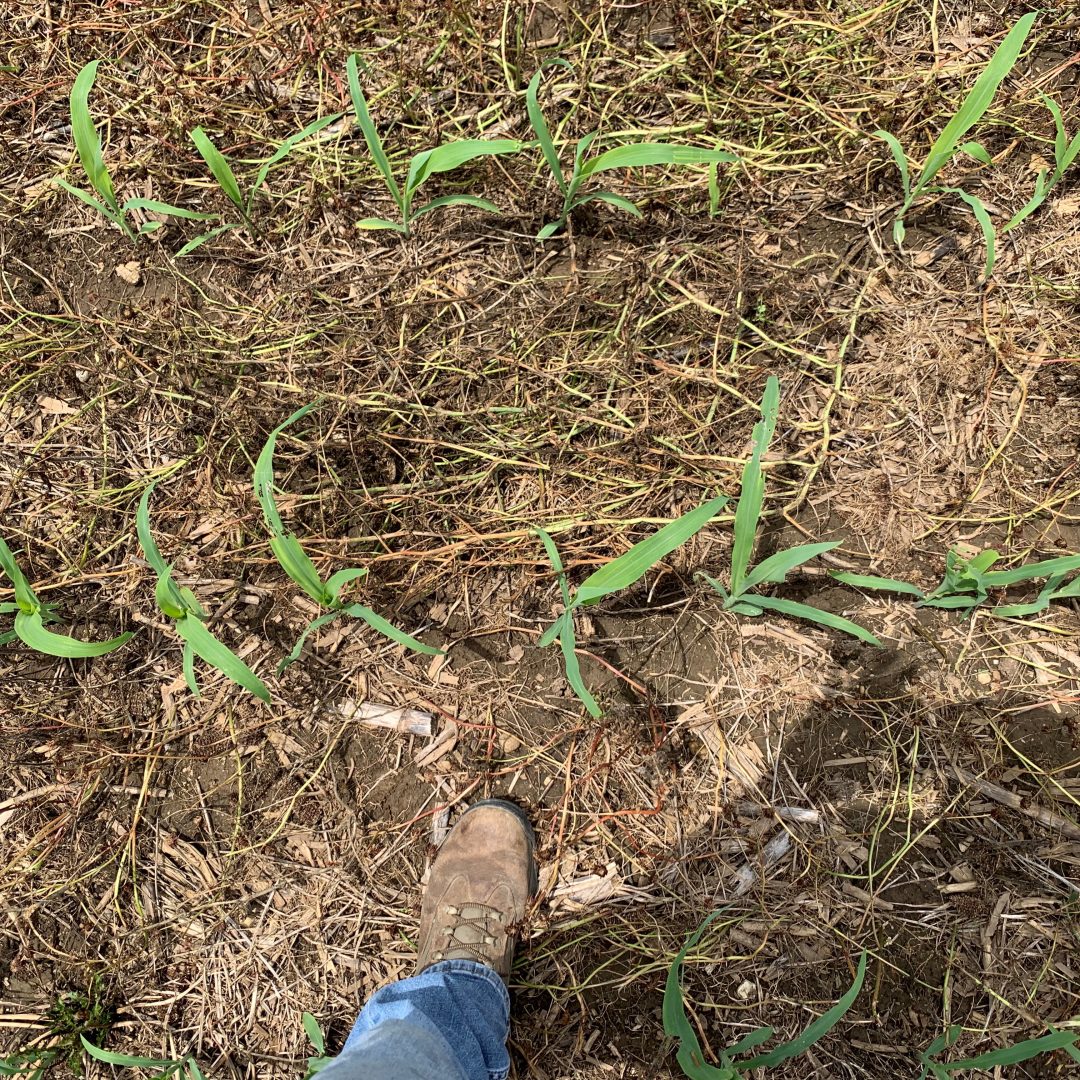 This stand of corn is benefiting from the low carbon to nitrogen ratio of FIXatioN Balansa clover as it decomposes rapidly, immediately providing nitrogen.