Continental has collaborated with ADAS and John Deere to draw attention to how tyre technology can improve soil health. Richard Hutchins, agricultural tyre specialist at Continental, David Purdy from John Deere and ADAS principal soil scientist, John Williams, have come together to highlight how farming practices must change to protect the productivity of British farming.

Drawing on information from published surveys John Williams suggests that up to 30% of soils in the UK are severely degraded. “Where soils have been placed in this category there is very little porosity and the soil has become grey and compacted, making it difficult for crops to root and for the land to drain,” explains Mr Williams. Quantifiable soil degradation costs are estimated at between £0.9bn and £1.4bn per year*. This is mainly linked to the loss of organic matter which accounts for 47% of the total cost, whilst compaction is 39%.

Continental has invested in a new research and development facility in Portugal which is producing tyres that can help to offset the potential damage heavy machines can cause. “We have developed new very high flexion (VF) tyres with a single bead wire that are more flexible and can be run at lower pressures. VF tyres carry 40% more load than a standard tyre at the same pressure. Alternatively, in the field, the pressure of VF tyres can be lowered by 40% compared to standard tyres, even when carrying the same load. This spreads the weight of the vehicle over a larger surface area and reduces soil compaction,” says Mr Hutchins.

The weight of farm vehicles and the tyre pressures chosen are a major contributor to soil compaction. “Increased axle weights, caused by heavy implements and more powerful machines, should be offset by tyres that can spread this weight. Damage to topsoil is caused by incorrect tyre inflation, whilst compaction in subsoil is largely caused by increased axle loads. Both should be addressed to minimise the impact farming has,” explains Mr Purdy.

Continental has recently introduced new tyre pressure checking sensors that can be specified with new tyres or retrofitted. “ContiPressureCheck™ is a new system that monitors the pressure and temperature of tyres to provide the operator with the information to prevent tyre related issues such as underinflation or overloading. VF tyres with sensors are the future for farming and will help to reduce soil compaction,” concludes Mr Hutchins. 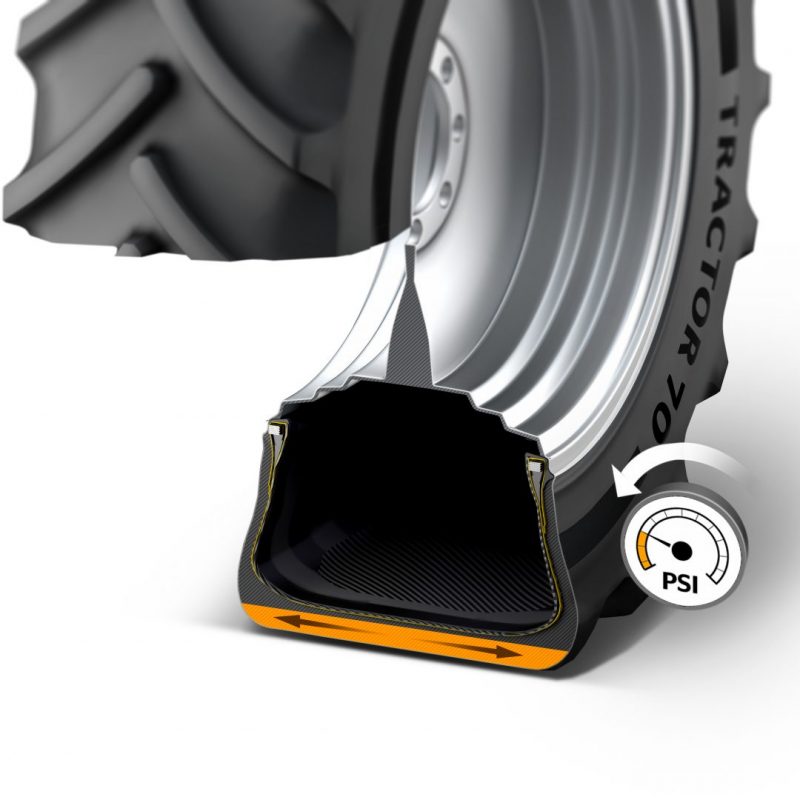 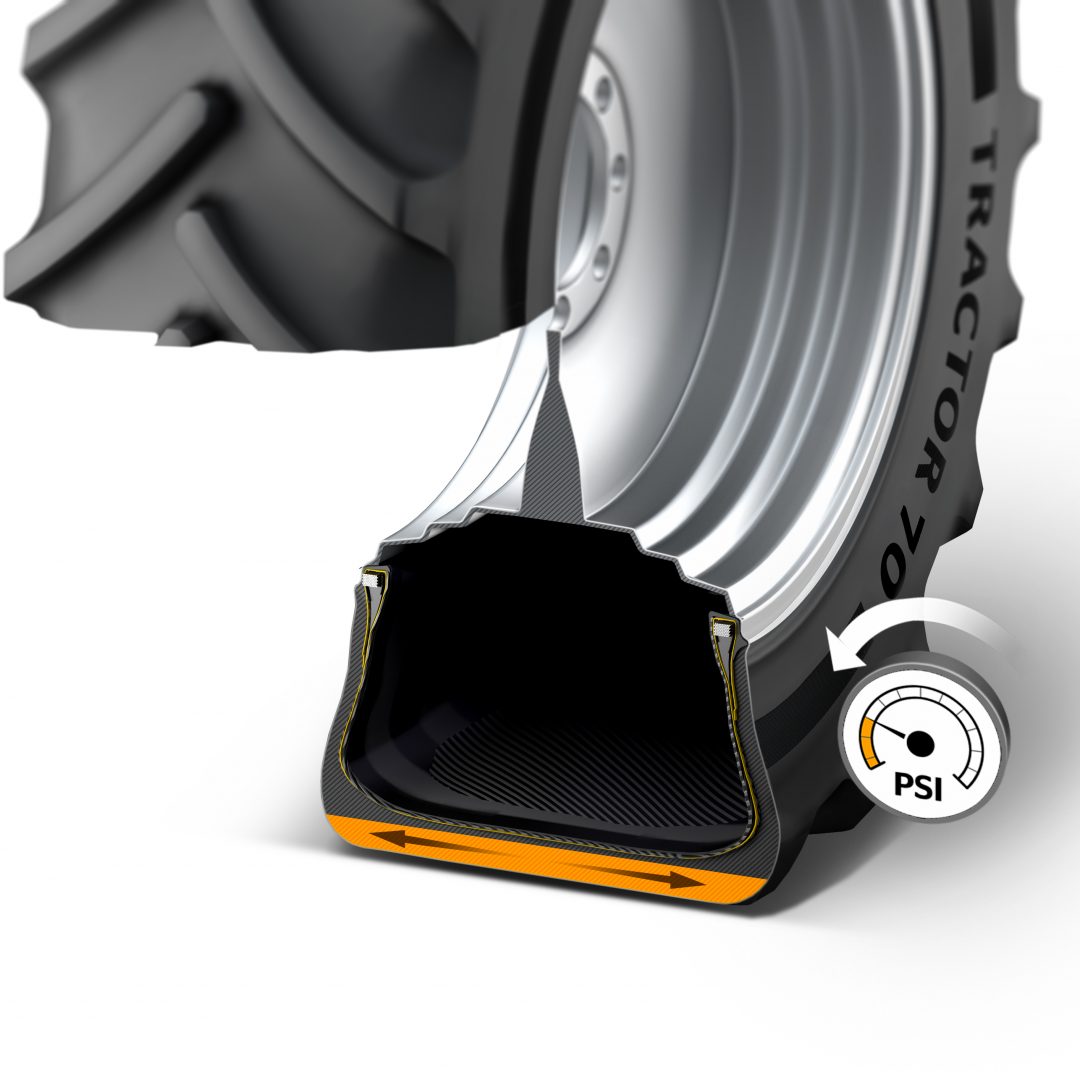 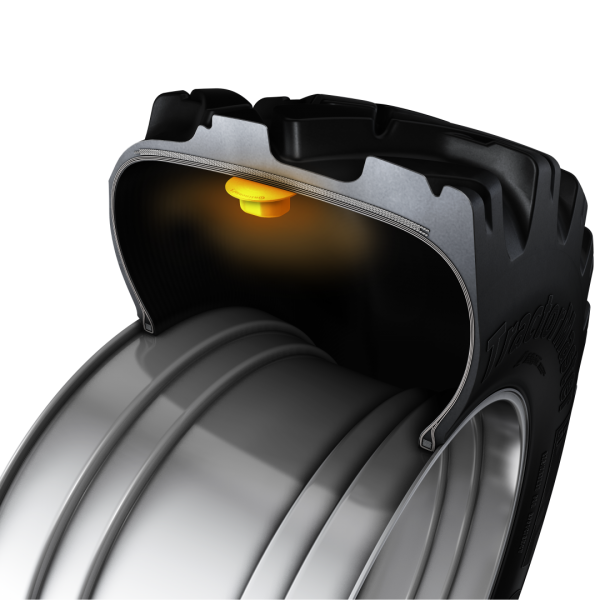 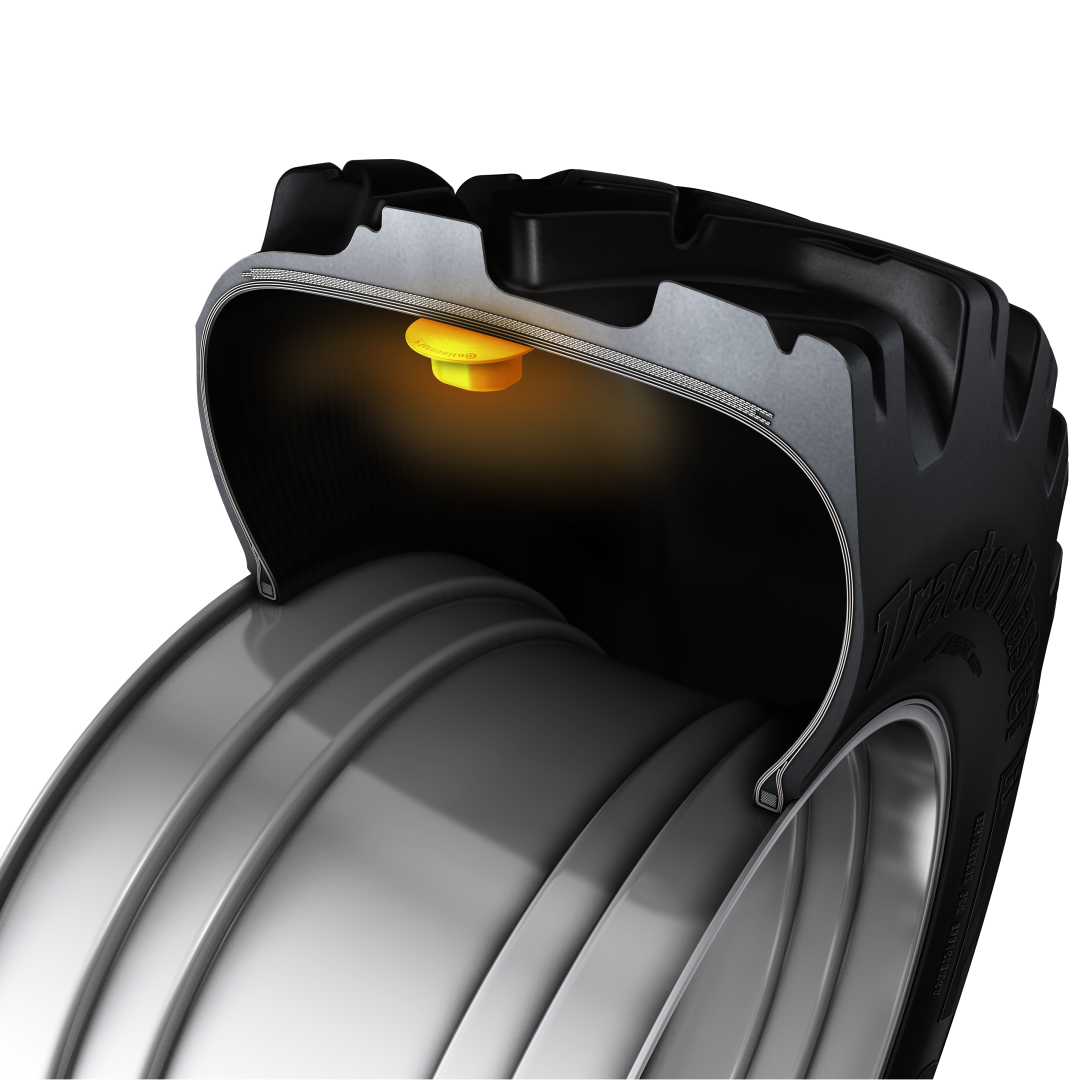 The new CombineMaster tyre has a unique Hexa bead construction that is safer on the road and reduces soil compaction in the field. It can be specified or retrofitted with ContiPressureCheck™ to provide operational data that can help to prevent unnecessary downtime.