A new dust control system available on straw bedding equipment was one of the innovations on show on the Kuhn Farm Machinery stand at the Royal Welsh Show.

Available on new equipment, or as a retrofit upgrade for existing machines, the Cleanstraw facility reduces dust in livestock buildings by applying a fine mist of water to straw as it is distributed. It comprises a 64-litre water tank and three misting nozzles mounted at the exit of the straw blowing chute.  The nozzles are fed by a pump which provides water at a flow rate to apply 1 litre of water per 100kg of straw, without slowing the machine’s normal performance.

Applying a mist of water at this rate and in this way eliminates excessive levels of airborne dust by reducing the amount of time that these particles remain suspended in the air. Trials have shown that the air in a typical livestock building will be dust-free within 30 seconds after straw-blowing with the Cleanstraw system has ceased, compared to several minutes without the Cleanstraw facility.

“Reducing the amount of dust in livestock buildings has a number of advantages,” said Kuhn’s James Hutchinson at the event.  “It not only creates a cleaner, more comfortable and more productive environment for cattle, but is also far better for farm workers who will be less susceptible to inhaling dust particles and other impurities which may be present in the straw.

“Adding a fine mist of water as straw exits the spreading chute means very little water is required. This not only preserves the straw’s absorbency potential, ensuring it remains an effective and hygienic bedding material, but also means the speed of operation is unaffected.”

The Cleanstraw system is available on Kuhn’s Primor straw bedders that operate with the Polydrive hydraulically disengageable belt system that drives the feed rotor, and on the Profile Plus range of mixer wagons that have a bedding capability. The system is automatically activated when the Polydrive is engaged and can also be armed or disabled via an in-cab switch. 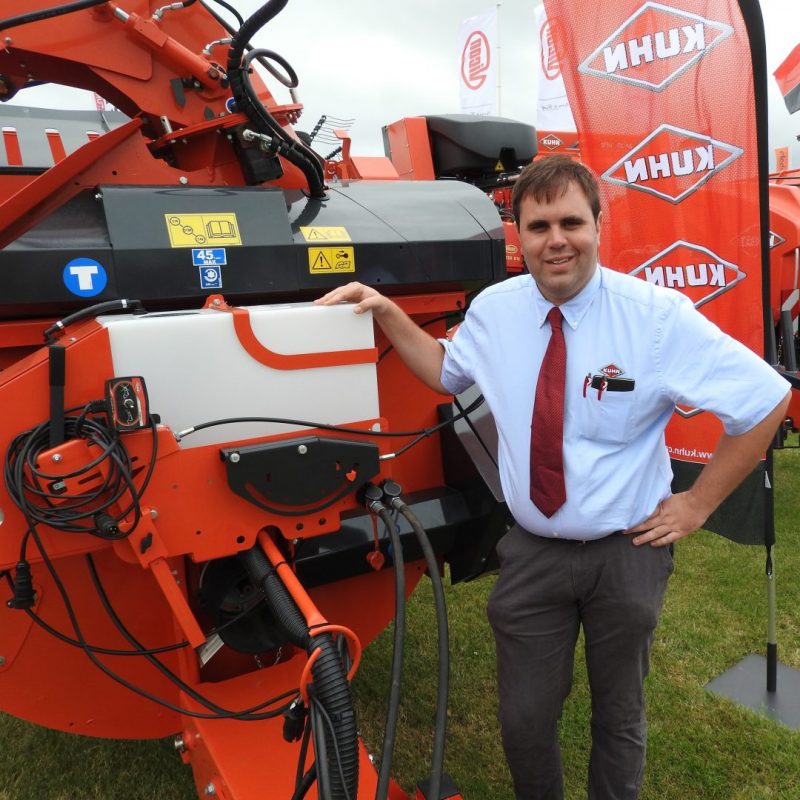 The Cleanstraw facility is an option on new machines or can be retrofitted to certain models, said James Hutchinson at the Royal Welsh Show. 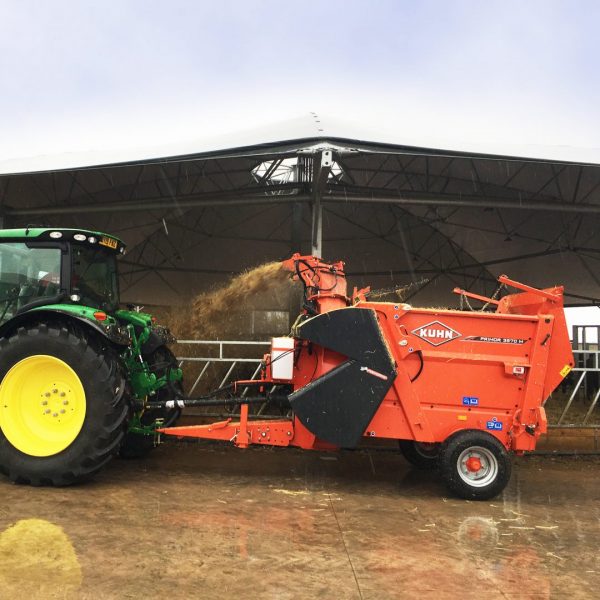 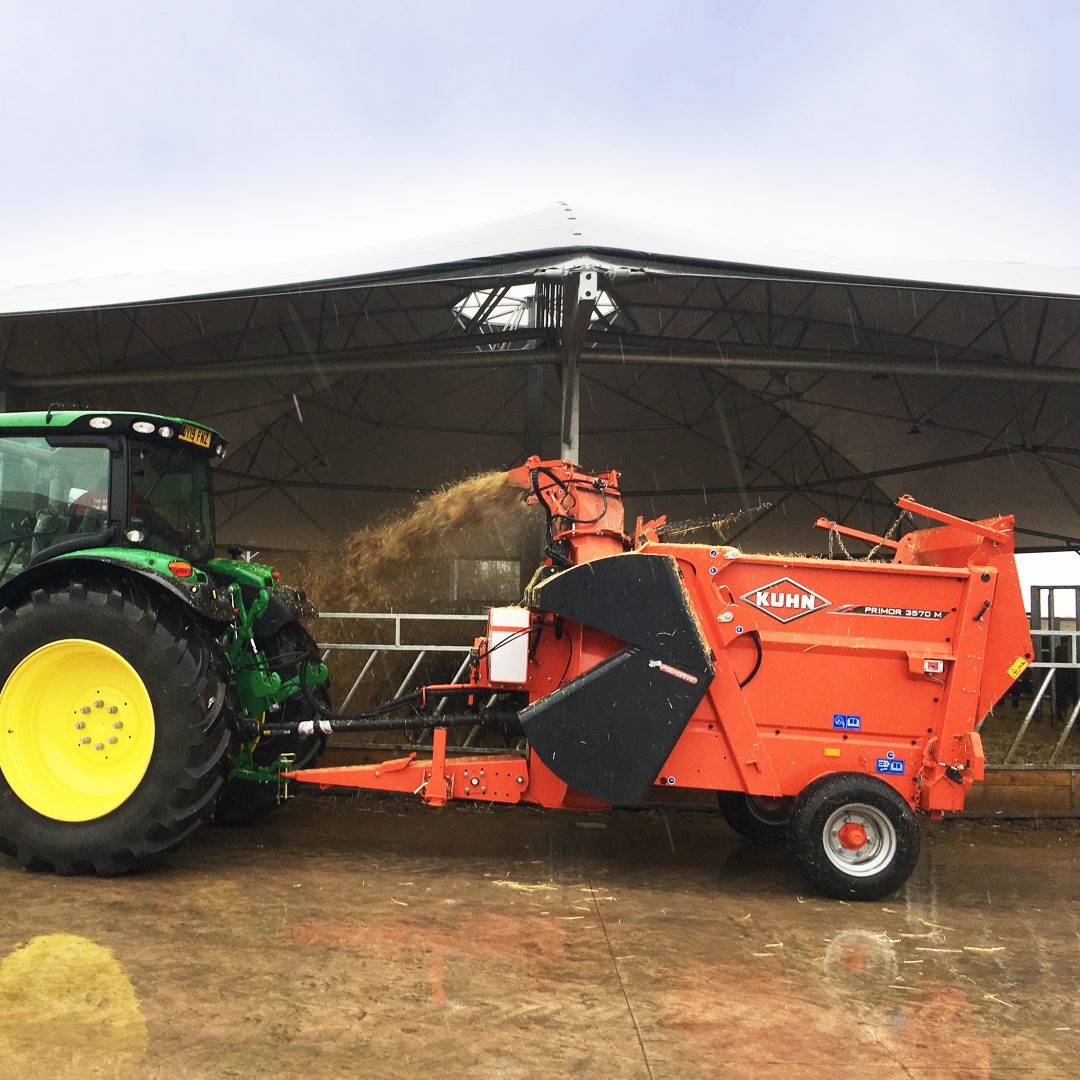 The Cleanstraw system in action at a demonstration earlier in the year. Reducing dust when mechanically bedding livestock buildings is now possible following innovation from KUHN.