With rapeseed and cereal prices continuing to remain strong, it will pay to protect crops from pest damage this season.

That’s the advice from Andy Bailey, technical specialist at ADAMA UK, who encourages growers who need to use a pyrethroid-based insecticide to choose one which is less detrimental to beneficial organisms.

“Oilseed rape and cereal crops have the potential to achieve exceptional returns this year,” Andy explains, “but this earning potential must be offset against high fuel and fertiliser prices which are predicted to remain well into next year’s cropping cycle.

“It therefore pays to protect yields this year, not only to maximise margins for the current cropping cycle, but also to put some cash in the bank to fund what is likely to be another expensive year in 2023.”

Whilst growing conditions have mostly been favourable for OSR so far this year, damage caused by pigeon grazing has already reduced the yield potential of some crops. “It therefore makes sense to protect remaining OSR plants from further damage caused by pests such as seed weevils, pod midges and brassica aphids,” Andy explains.

With most winter rape crops already in flower, growers and agronomists should be on the lookout for cabbage seed weevil activity as soon as temperatures start to rise. “Seed weevils can cause significant yield losses, not only as a result of the damage caused by their hatched larvae feeding within developing pods and consuming approximately 25% of seeds before burrowing out through an exit hole, but also by subsequent populations of brassica pod midges which can cause even greater yield losses when they use the holes left by the weevil larvae to access seed pods to lay their own eggs,” Andy adds.

“Growers in known seed weevil hotspots should be particularly vigilant and are advised to use integrated pest management protocols to safeguard the natural predatory effect of beneficial organisms. One way of achieving this is, when insect populations have reached threshold, to use an insecticide which has a lower residual impact on advantageous predators.”

If treatment with a pyrethroid-based insecticide is deemed necessary, Andy advocates the use of one which has a reduced impact on populations of pollinators and other beneficial organisms.

“Tau-fluvalinate (available as Mavrik at 240 g/litre) not only provides fast-acting contact control of cabbage seed weevil and cabbage aphid but has also been proven to have a lower residual impact on beneficial insects compared to other pyrethroids.

“This reduced toxicity enables the natural predators of OSR pests to recover more quickly after crops have been sprayed, therefore ensuring there’s a strong population ready to challenge any subsequent influxes of pests.”

To further reduce the impact on ‘beneficials’ Mr Bailey also recommends not spraying during the hottest part of the day when bees and other pollinators are more likely to be active. “Instead,” he explains, “flowering rape crops should be sprayed in the early morning or late evening when bees are less likely to be foraging, with the evening timing providing the best opportunity to control pests as there’ll still be enough residual heat to stimulate insect activity.”

Mr Bailey also warns that cereals will be susceptible to pest damage as soon as temperatures start to rise. “If conditions are right, there’s always a worry that grain aphids could hamper wheat yields, especially if migration coincides with the emergence of the flag leaf which is responsible for producing roughly half of final wheat yields. There’s also an increased risk of yield loss associated with dry, settled weather during early grain fill, so it’s worth taking every precaution to protect against insect damage at this time. Growers should therefore remain vigilant when the mercury eventually starts to rise and take appropriate action as soon as thresholds have been met by choosing an insecticide which is less impactful on beneficial aphid predators.” 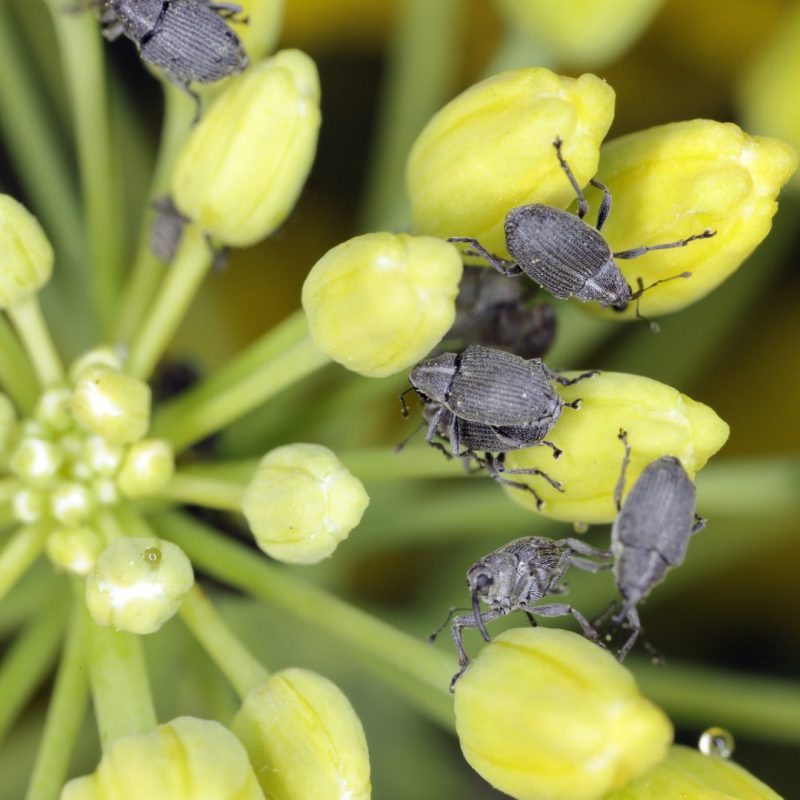 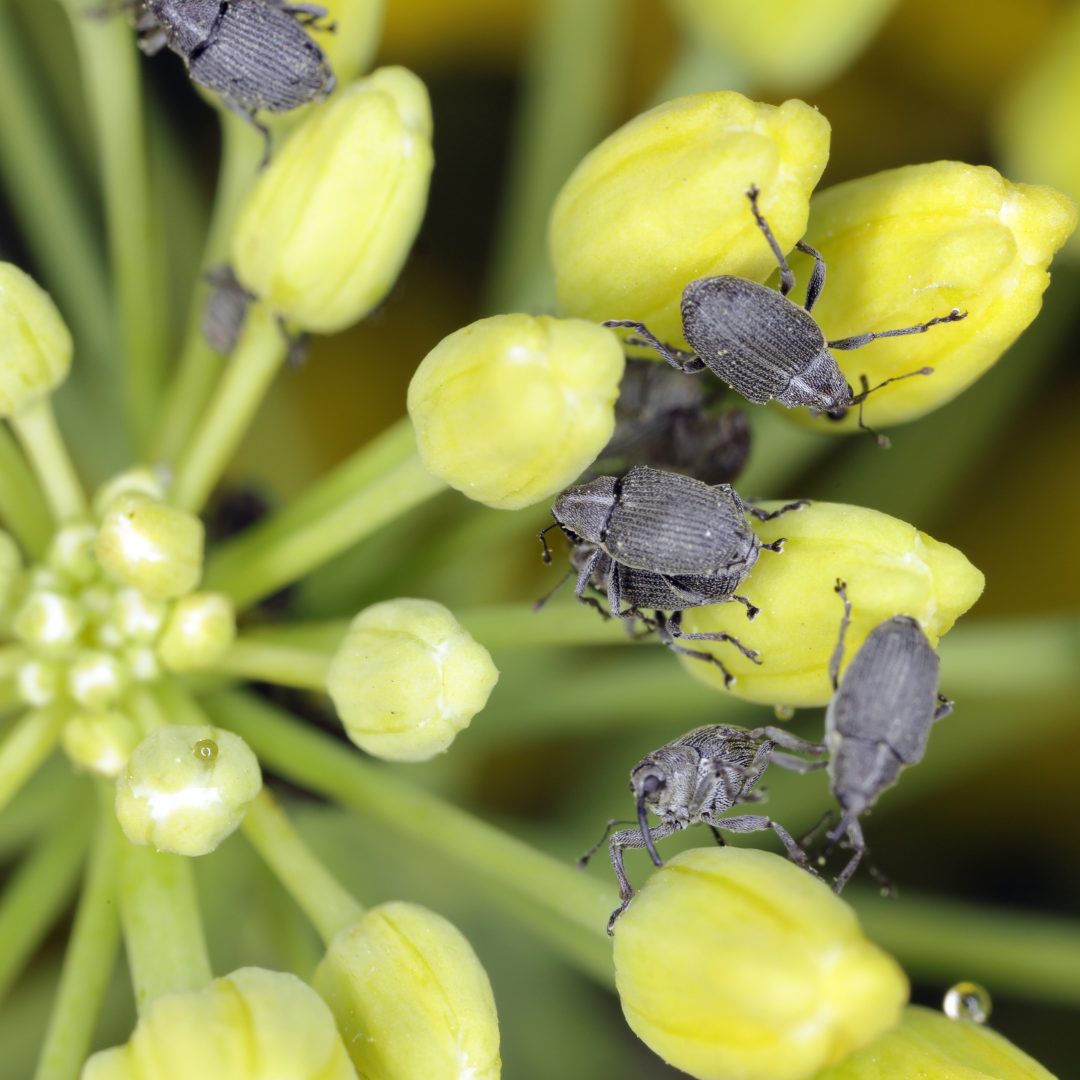 A pesticide with a lower residual impact on advantageous predators and pollinators should be used to manage pests such as cabbage seed weevils. 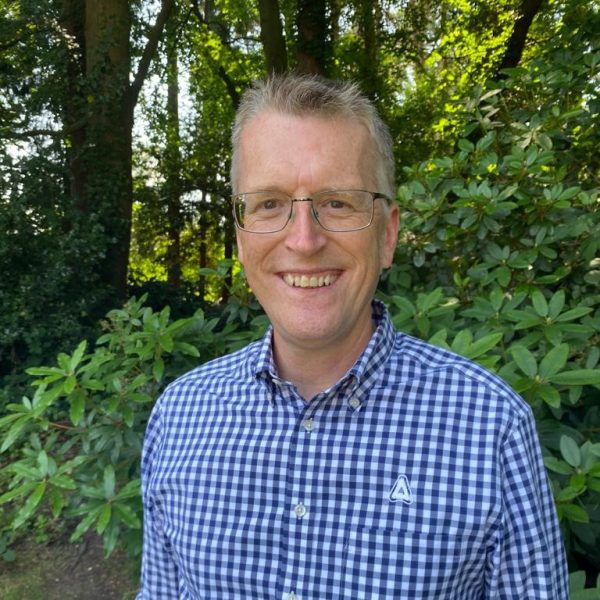 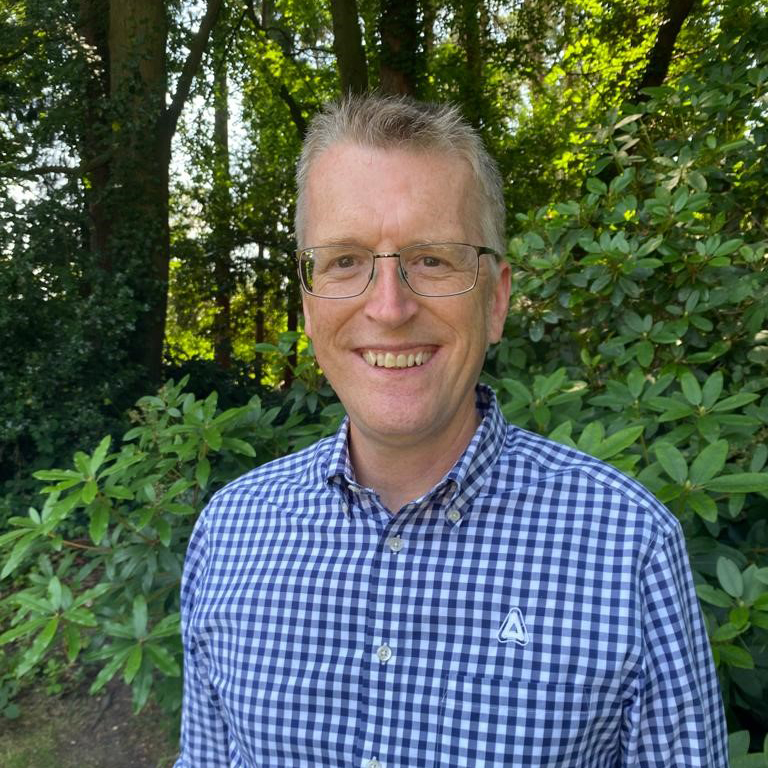