KUHN has produced the i-BIO+ combination baler-wrapper for 20 years. Since its release in 2002 it has been continually developed, with the most significant update being a shift to KUHN’s patented twin film-on-film wrapping system. This system reduces wrapping costs and offers a complete bale-in-one operation.

The popularity of the i-BIO+, and its longevity, has been largely attributed to how it fits British farming systems. “With smaller, often undulating or hilly fields, many farmers have invested in the i-BIO as an ergonomic, efficient machine, that can make the most of unpredictable weather windows,” explains product specialist Rhodri Jenkins.

The compact combination baler-wrapper features a 2.3m wide pendulum pick-up unit with five tine bars and cam-track technology to maximise crop pick-up and transfer to the integral rotor system. The i-BIO+ is fully ISOBUS compatible through the tractor terminal or, operated via a separate CCI 800 control unit.

The i-BIO+ can be used with conventional net binding or film-on-film bale binding and wrapping to eliminate the need for separate netting. KUHN’s unique film binding system only requires two standard-sized 750mm rolls which removes the need to order separate binding and wrapping film. The rolls are loaded with ease as the rollers fold down enabling the 27kg roll to slide on comfortably.

“Switching between film and net binding is quick and simple as the two systems are separate, making it easy to switch from one system to the other for different customer requirements,” he adds.

The i-BIO features KUHN’s INTELLIWRAP system which enables the operator to select the number of film layers and to adjust film overlap so that 5 or 7 layers can be applied. The high-speed wrapping ring applies film at up to 50 revolutions per minute and produces well-shaped, tightly sealed bales for improved crop preservation. 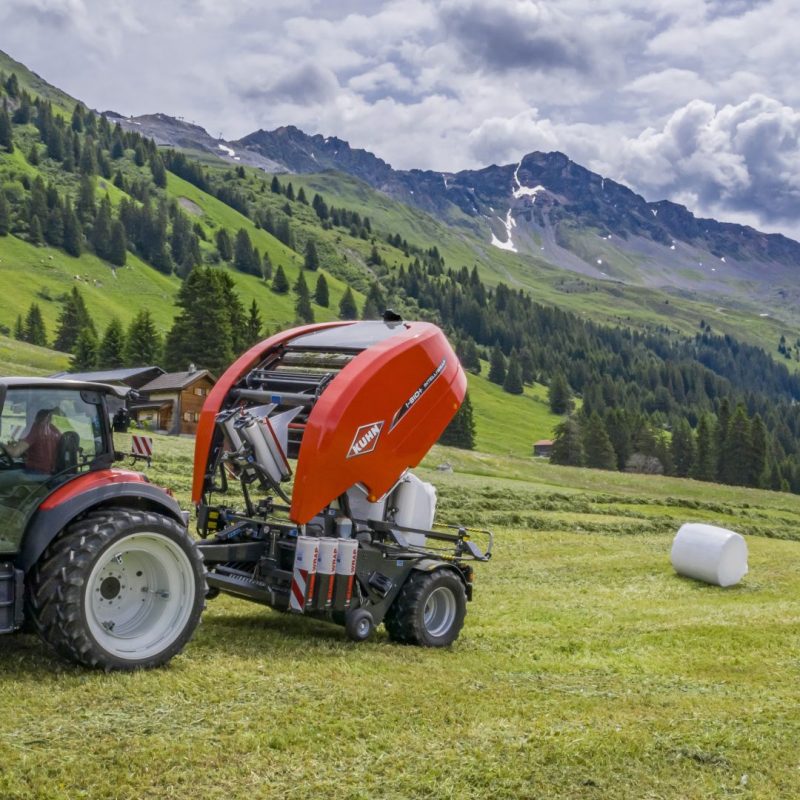 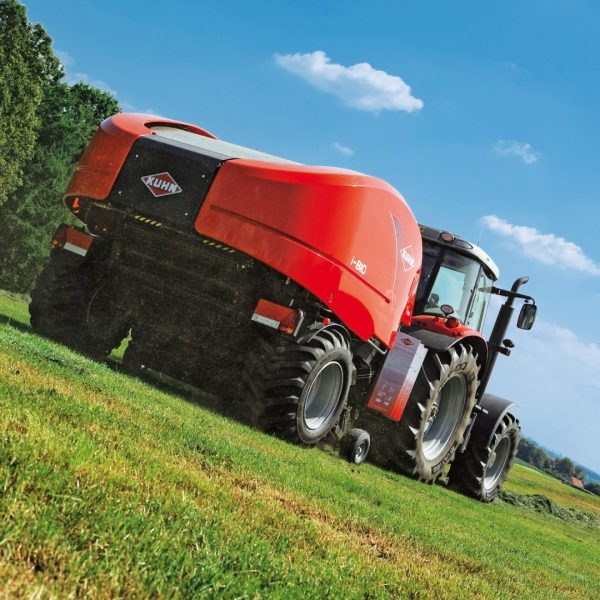 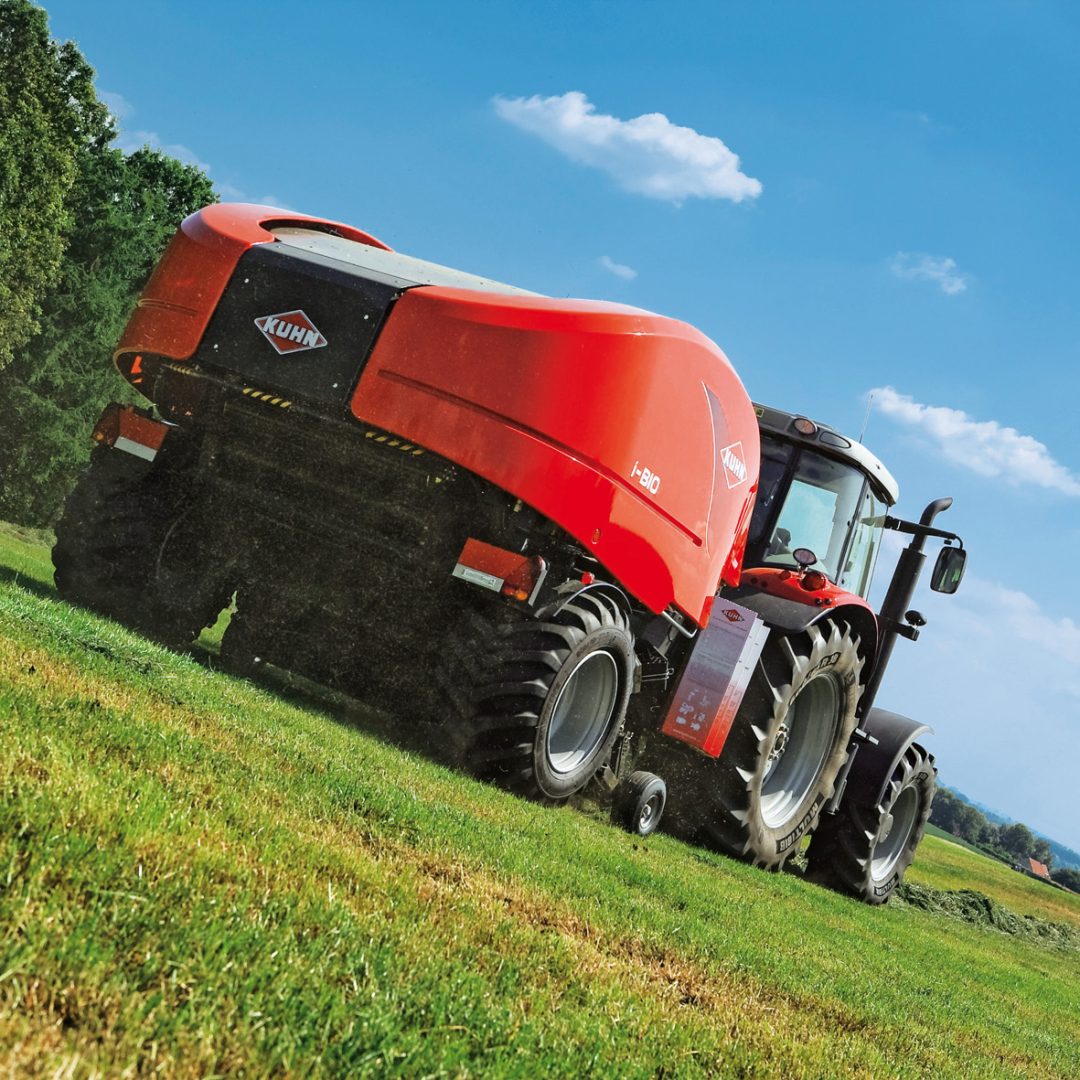 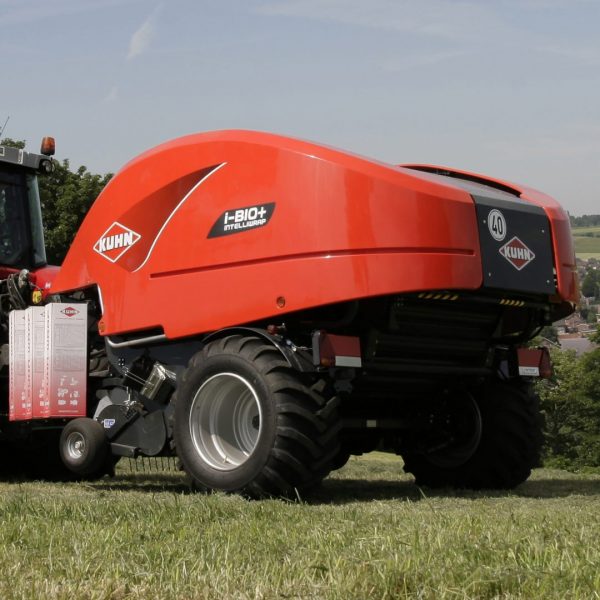 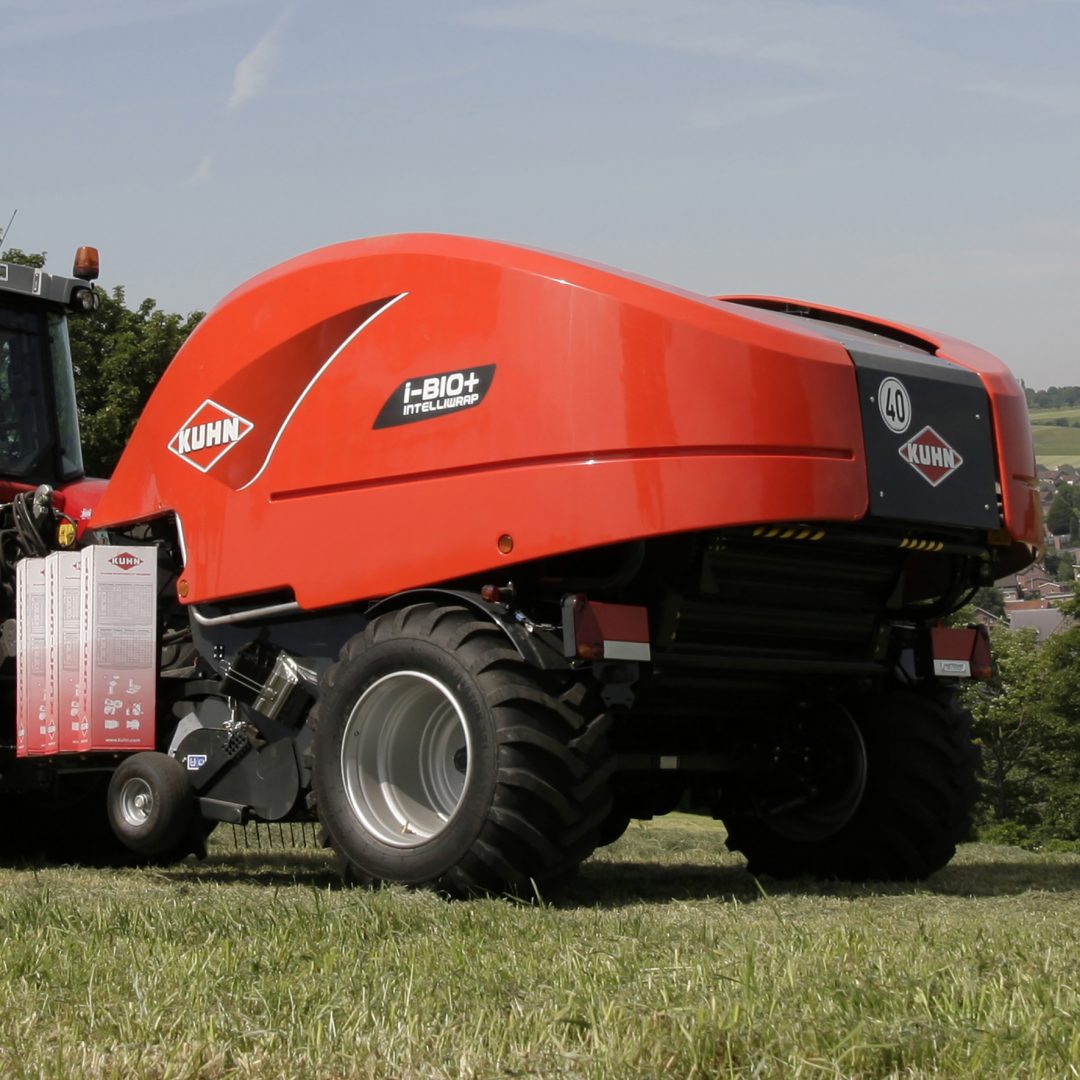