“The new JS-20 has been designed to improve operator comfort and efficiency, and is compatible with Topcon’s own X-series of consoles as well as all third party control panels and implements with ISOBUS auxiliary (AUX-N) functionality,” explains Richard Reed, Managing Director of LH Agro, Topcon’s preferred distributor in the UK.

The joystick is equipped with 11 IP64 rated task assignment buttons (protected from total dust and water spray ingress) which can be controlled in up to four working modes each of which is identified by a coloured LED on the upper edge of the button panel.

“Switching between the four working modes is a simple one-button operation which gives operators quick access to a total of up to 44 programmable implement functions,” Richard adds. “The additional trigger style button also enables users to quickly eliminate mis-commands thereby ensuring the implement in question remains on task at all times.”

More information about the Topcon JS-20 joystick is available from lh-agro.co.uk 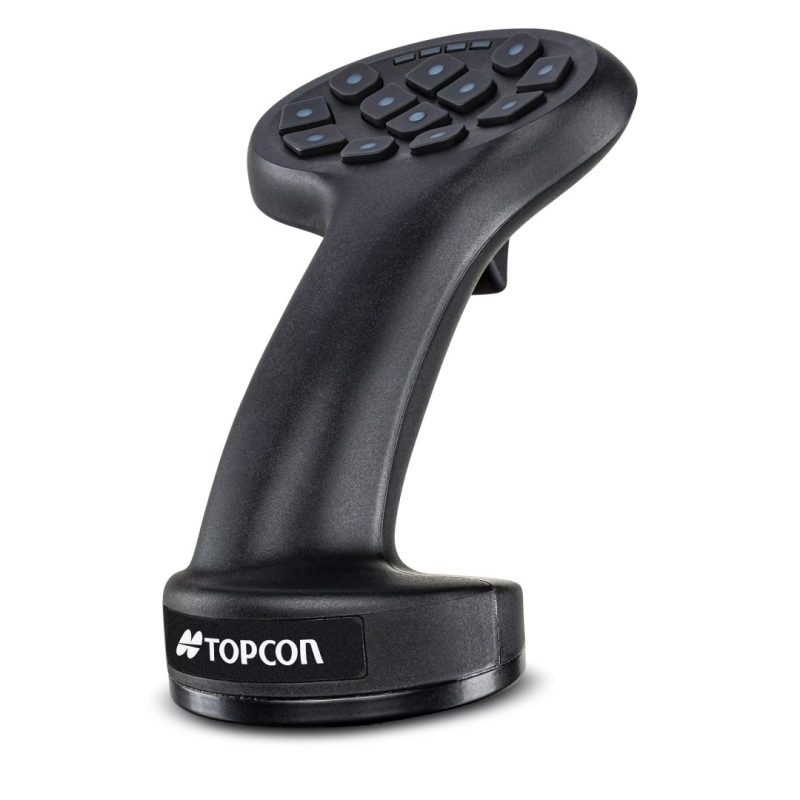 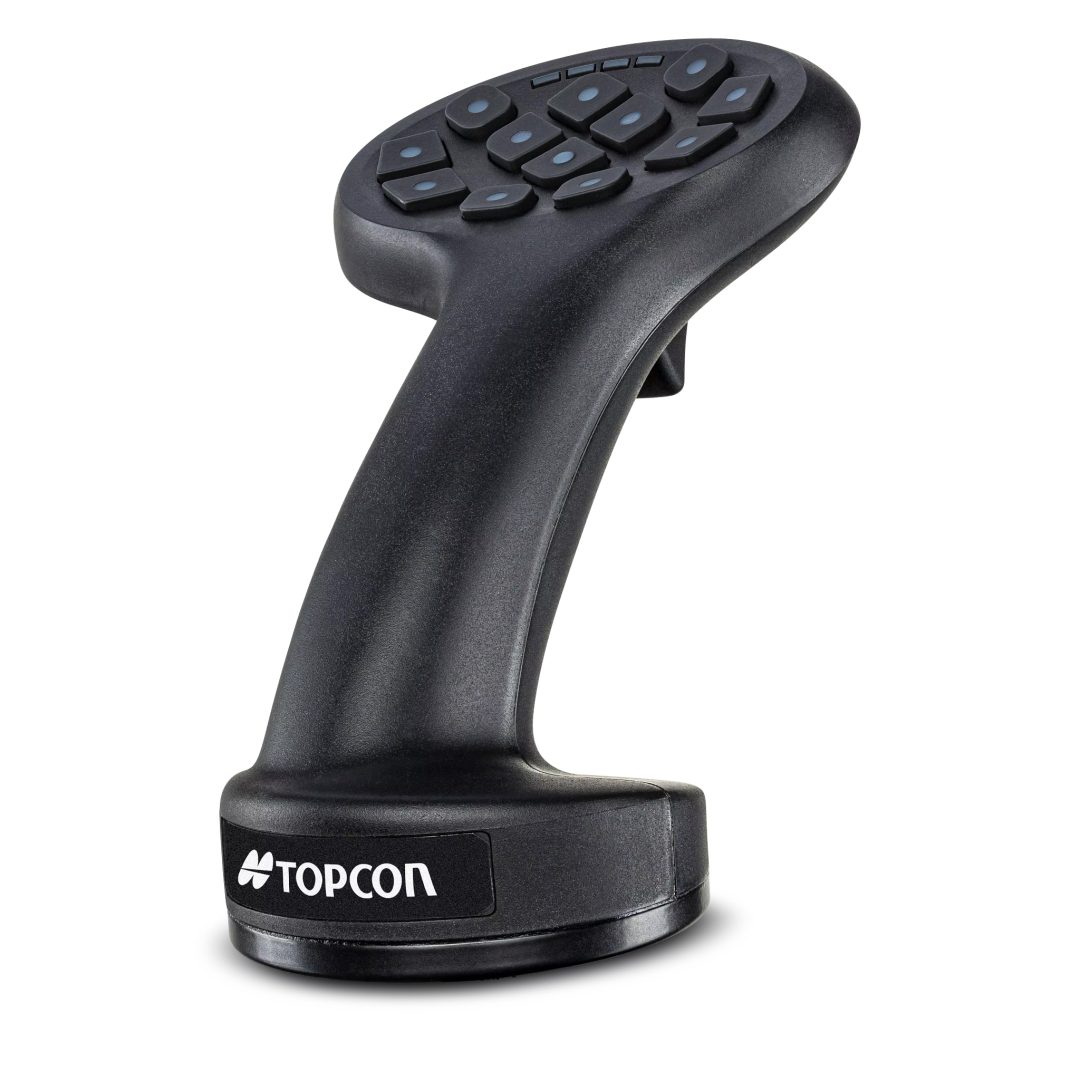 The Topcon JS-20 joystick boasts up to 44 programmable functions and is fully ISOBUS compatible.